IPL 2018 Schedule, Venues And Match Timings have finally been announced by the BCCI and while team India is performing exceptionally in South Africa, Indian Premier League’s 11th edition is the next big thing for Indian cricket fans.

It has been a decade-long journey full of enthralling action and fierce performances but what makes IPL 2018 even more special is the fact that there have been some changes in the core squads of every franchise while Chennai Super Kings and Rajasthan Royals are making a comeback after a two-year-long ban.

IPL 2018 Schedule will include 51 matches which will be played across nine cities and in the opening fixture, defending Indian Premier League champions Mumbai Indians will go head-to-head against Chennai Super Kings (CSK). While the tournament begins on Saturday, April 7. Wankhede Stadium in Mumbai will host the IPL 2018 final on 27th May, Sunday. The 11th season of Indian Premier League will also see the exit of Gujarat Lions and Rising Pune Supergiant.

On the other hand, the first doubleheader will be played on April 8 with Kings XI Punjab visiting Delhi Daredevils’ backyard, followed by Kolkata Knight Riders taking on Royal Challengers Bangalore (RCB) at the Eden Gardens.

Except for Kings XI Punjab, all other teams, according to the IPL 2018 Schedule, will get to play all of their seven home games at their traditional venues while KXIP will play three of their home fixtures in Indore against Chennai Super Kings (CSK), Sunrisers Hyderabad (SH) and Delhi Daredevils (DD), with the other four games being played in Mohali.

While every team will play the other seven franchises in a home and away format, the top-4 will qualify for the playoffs. As for the first qualifier, the top-2 teams will face each other in Mumbai with the winner getting a direct entry to the final.

Also, despite earlier reports, the match timings for IPL 2018 have not been changed and the evening games will still start from 8 pm while the afternoon matches will be played from 4 pm. There will be 48 evening matches along with 12 afternoon matches, according to the IPL 2018 Schedule.

Here Is The Full IPL 2018 Schedule, Venues And Match Timings: 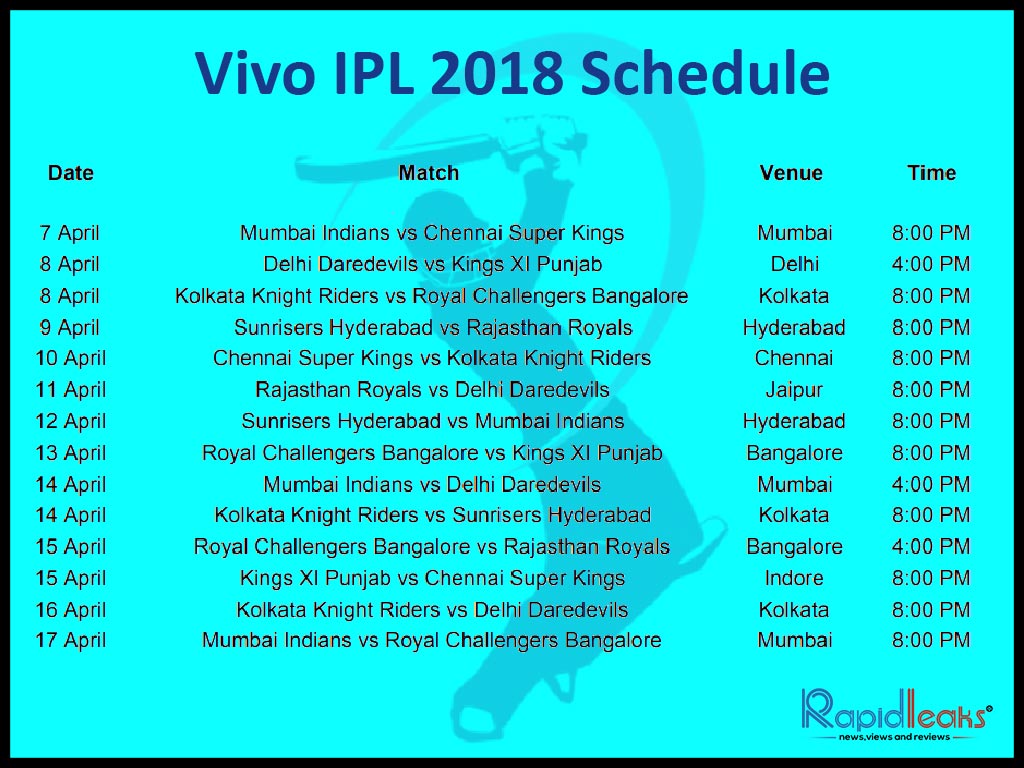 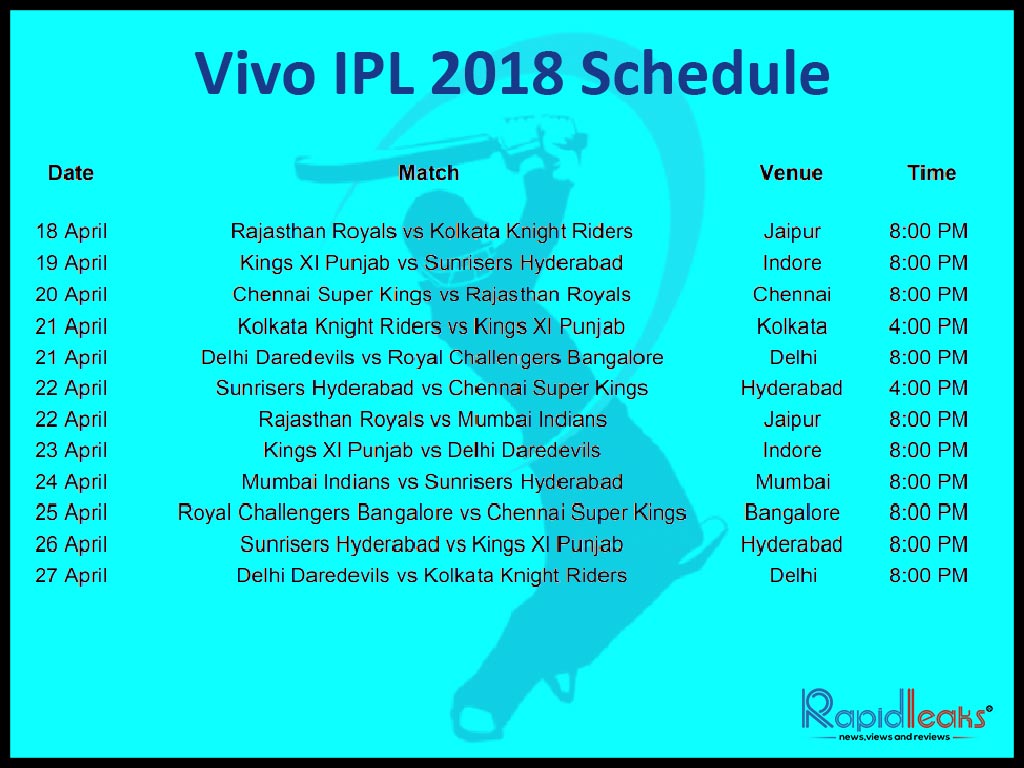 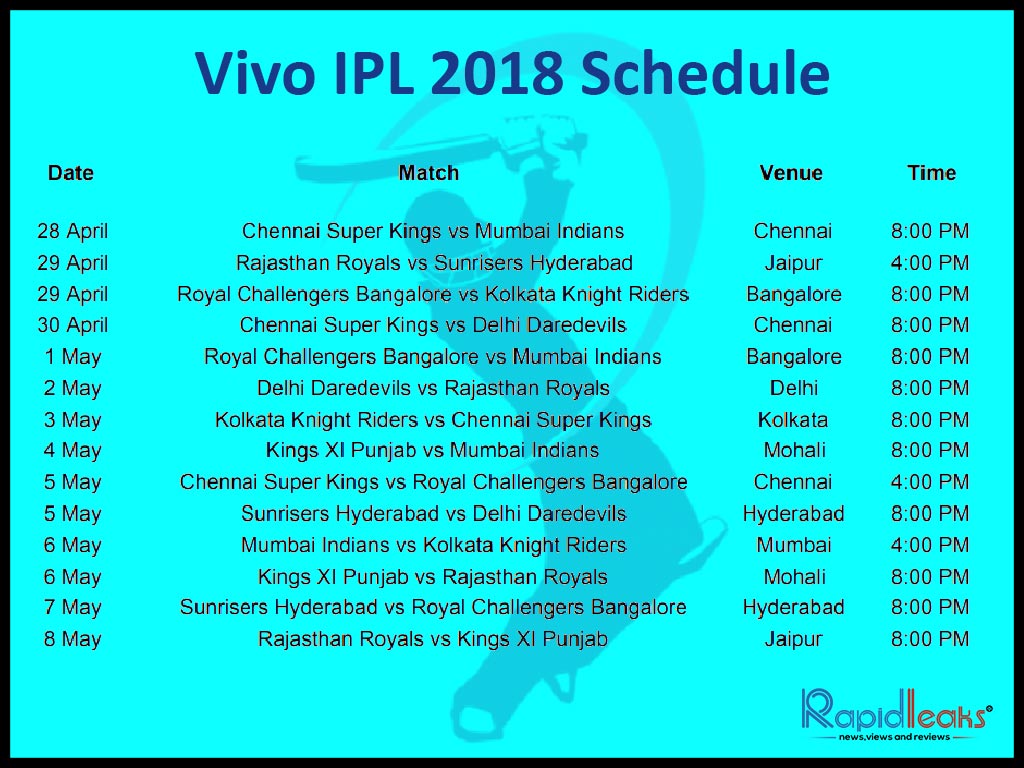 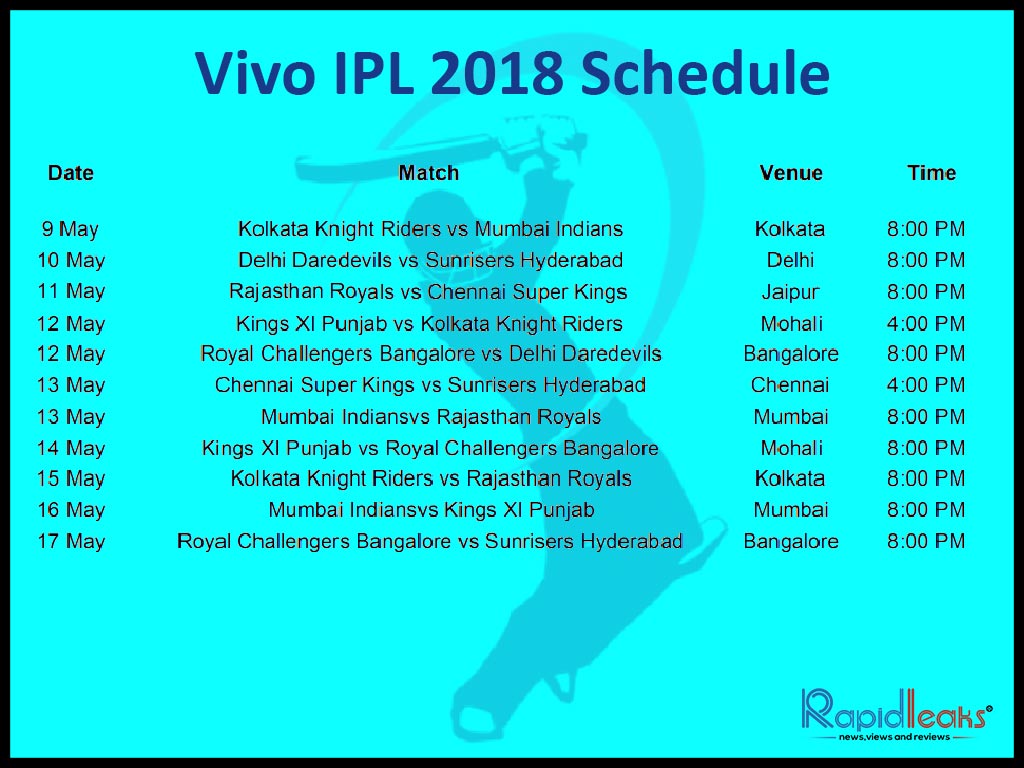 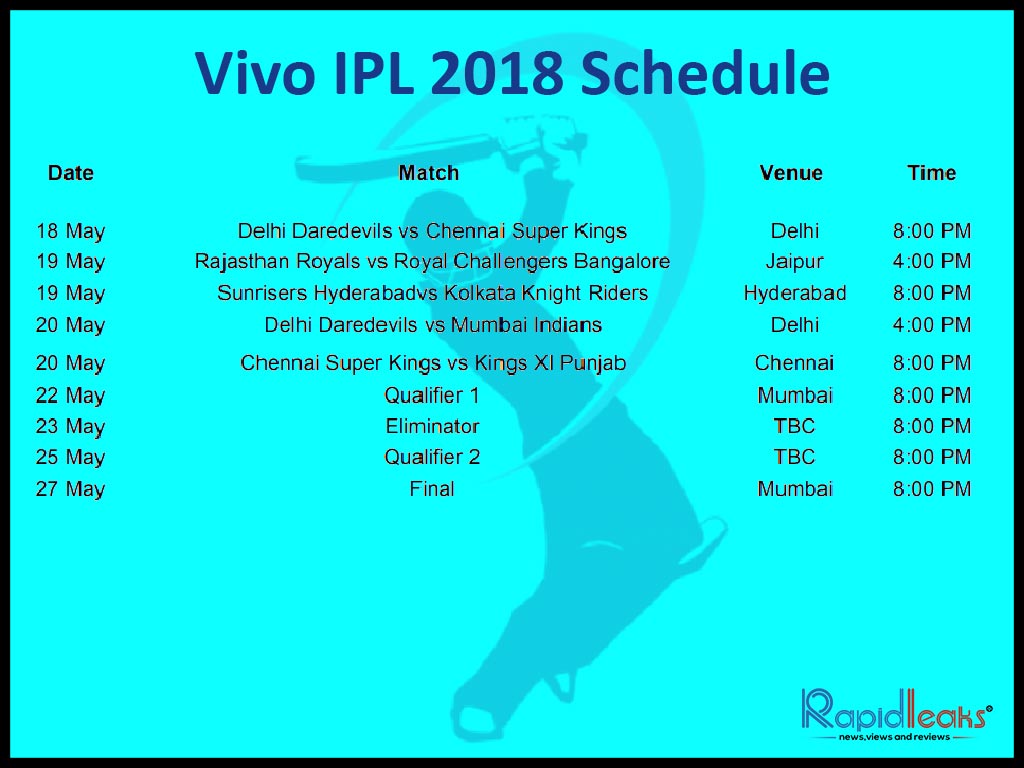 The mega-auction on 27th and 28th January have already fetched some severe eyeballs due to some stunning bids as well as many heavyweights not finding any takers in their favor. While the IPL 2018 auction has set the tone for the star-studded journey, the carnival is going to be highlighted by some formidable young forces as well.

With team India looking to identify talent for the ICC 2019 World Cup, we are in for a treat with the likes of Anukul Roy and Shubman Gill expected to breathe fire on the field.