Home Sports Cricket This Is How Virender Sehwag Remembers The Extravaganza Of Yuvraj Singh’s Six...

September 19, 2007, and the T20 World Cup, these two things will always have a special corner in Indian Cricket fans’ hearts because while the date implies Yuvraj Singh’s historic six sixes, the tournament sounded the holler of MS Dhoni’s glorious career as a skipper.

While MS Dhoni is still breaking records, Yuvraj Singh will always remember September 19, 2007, and the match against England as on this day, he started his journey of becoming one of the most destructive middle-order batsmen.

That being said, Gautam Gambhir and Virender Sehwag were the ones who gave India a good start with a 100-runs partnership which was followed by Yuvraj Singh’s fastest T20I fifty that took India to a total of 218 runs.

Team India won that match against England by 18 runs as their opponents failed to make it a successful chase.

As dull as it may sound, but for those who have witnessed the match, remember it as being one of the most high-octane clashed in the history of cricket.

Yuvraj Singh was involved in a verbal spat with Andrew Flintoff and the Indian batsman found a way to channel his anger through the bat as he hit six consecutive maximums off Stuart Broad’s over. And 10 years after the historic knock by Yuvraj Singh, Virender Sehwag took to Twitter to pay tribute to the legendary innings by posting a video message and terming the fastest T20Is half-century as ‘unforgettable’.

Watch what Virender Sehwag had to say about Yuvraj Singh’s Six Sixes, here.

Congratulations @YUVSTRONG12 on giving all of us a moment to cherish forever . https://t.co/HaEs8DCmSQ

If you are one of those who thinks that Andrew Flintoff’s attempt to sledge Yuvraj Singh was the reason that triggered the Yuvraj Singh’s rage with the bat, we couldn’t help but let you know about what exactly happened on the ground that day.

In an interview with Gaurav Kapoor, Yuvraj Singh has opened about the moment and has said that even if Andrew Flintoff had remained shut, those six maximums were still on the way as it was his day and he was hitting the ball perfectly.

Watch Yuvraj Singh recalling September 19, 2007, a date that might have left Stuart Broad into pieces.

Interestingly, a couple of weeks before the historic India-England clash in the World T20, Yuvraj Singh was himself at the receiving end of five successive maximums by all-rounder Dmitri Mascarenhas in the 50th over of an ODI match at The Oval.

As far as hitting six sixes in an over is concerned, West Indies great Gary Sobers was the first cricketer to achieve this feat on August 31, 1968, during a match between Nottinghamshire and Glamorgan.

10th January 1985, Ravi Shastri, the former Indian all-rounder and the current head coach of the squad, became the second one to hit six sixes in an over while playing against Baroda.

Former South African batsman Herschelle Gibbs became the first cricketer to hit six sixes in an over in 50 overs cricket during a match against Netherlands in the 2007 ODI World Cup. 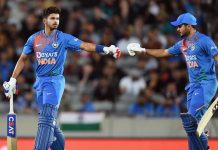 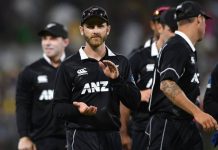 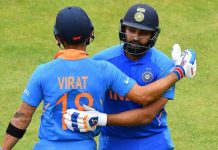 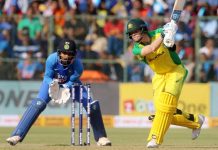