Home Sports Cricket From One Royal Challenger To Another: Virat Kohli Showers Praise On AB... 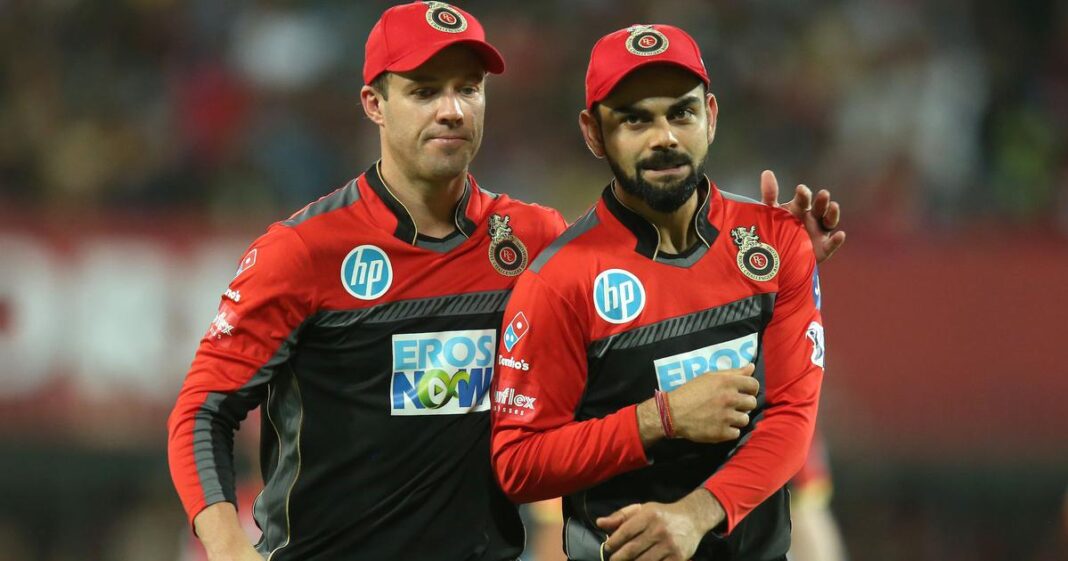 As of the few hours ago, AB de Villiers arguably played his best IPL 2020 inning; this is when the famous franchise based league has only recently crossed the halfway mark. No fewer than 20 games still lay in front of us.

Imagine what might the South African master-blaster do from the famous bat that’s, so far oozed, 285 runs (and counting)

In giving the usual view of his famous 360 batting range, AB de Villiers took it upon himself to overcome a very healthy Rajasthan Royals’ ask of his RCB team in a final-over hurrah for Virat Kohli’s team.

Central to his sensational half-century, his third in the IPL 2020 so far, Ab de Villiers cut no corners as his team chased down 178 with only 2 deliveries to spare.

What a win. What a heroic demonstration of matchless power and charisma of a man who is second to none.

Actually, AB De Villiers’ unbeaten knock of 55, which came of only 22 balls, impressed not just the millions of fans who were watching from around the world, but Virat Kohli, captain, RCB.

It’s not everyday that even the best batsman in the business comes out with a strke rate over 250.

But then, isn’t AB De Villiers- his own man; rare as they come, special beyond measure and boundlessly talent?

The world becomes mundane with so many other exciting things it has to offer when one of the greatest batsmen in the game comes out to bat.

The scoreboard becomes constantly ticking, the umpires are constantly seen extending their hands and priceless entertainment becomes the norm of the day when someone like AB de Villiers shows his flourish.

A sight that’s also special beyond words since the world doesn’t always get to see AB coming out to bat, ever since the Protea legend announcement retirement from international cricket, playing ever so less and infrequently.

But seeing the magnificent batsman take bowlers on his own in a way that became very hard to stop for the Royals, wasn’t the only great things about the delightful De Villiers

His captain, Virat Kohli showered heaps on praise on the ‘once-in-lifetime batsman superstar.

So the question is – what did King Kohli, whose own form with the bat is no slouch ever- have to say about the marvelous cricketer.

Read the following to know what did the Indian team’s Men Blue all-format captain have to say on the great Abraham Benjamin Villiers ?

Here’s what you need to know:

AB has always been someone who’s been ready to look at the situation and adapt his game accordingly. In my eyes, he is the most impactful player in the IPL.

Just imagine, how hard it might be actually for those bowlers who have to bear the brunt of the right-hander? Can there be any easy days anywhere- can I opt for those too,” might be the thoughts of many pacer and spinners who have to earn their living by bowling to the most dangerous batsman of the sport, alongside say, Chris Gayle, Rohit Sharma, Eoin Morgan.

As a matter of fact, not only did the South African superstar with the bat achieve a strike rate of 250 in the last game, he also powered 6 sixes.