Indian Premier League has started and this is nothing short of a festival for all Indian who basically worship cricket and its players. The fact that this is the 10th edition of the League, make it all the more interesting and special. The event started yesterday and even had an opening ceremony, let’s just not talk about it anymore.

However, the opening ceremony was hosted at Rajiv Gandhi International Stadium in Hyderabad. Apart from fireworks and Amy Jackson’s not-so-killer performance, BCCI decided to felicitate some of the most iconic Indian cricketers of 1990s and 2000s. This included Sachin Tendulkar, Sourav Ganguly, Virender Sehwag and VVS Laxman. All four of them were given a memento and took a lap around the ground in a cart.

Apart from these 4 staggering figures in Indian cricket, the people at home and in the audience also wanted to see Rahul Dravid up there. Because let’s make it clear, Rahul Dravid was also one of the most iconic Indian cricketers of 1990s and early 2000s. But, the reality is that even Dravid was supposed to join his contemporaries at Hyderabad for the opening ceremony and the mementoes.

Dravid, who is coaching Delhi Daredevils for IPL season 10, is in Delhi as of now and because rain and storm were all over Delhi yesterday, all flights got cancelled. This was the main reason that made Dravid miss out on the opening ceremony and memento. BCCI, however, did disclose this reason in a press release later on. 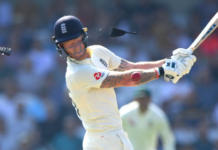