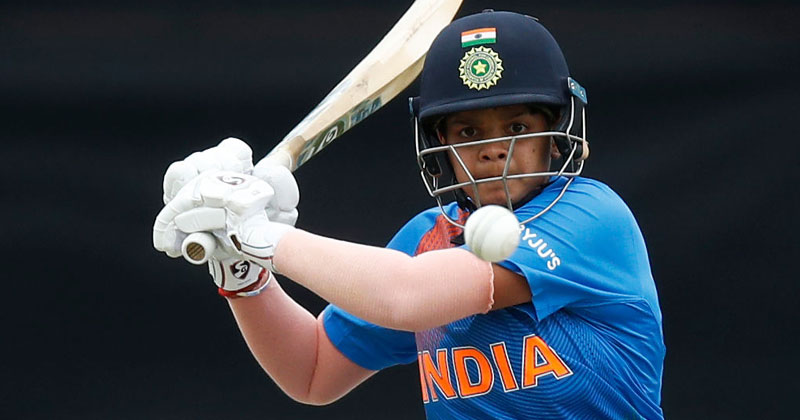 She is all of 16. And today, she’s already recongnised among the most promising hitters of the white ball in international women’s cricket. What’s more? She’s also one of the strongest batswomen in the entirety of the contingent of the Indian women’s national cricket team. Make no mistake.

This is the very team to which famous and irreplaceable names are that of Smriti Mandhana and Harmanpreet Kaur.

One of the famous finds from Haryana, Shafali Verma has already made a name for herself in the game that’s occupying everyone’s attention.

And truthfully speaking, there are only a few games where the participation of women has been admired as much! Cricket seems in great hands since it has mighty talents of the likes of Shafali Verma in it- what do you say?

The moment one saw Shafali Verma take to the pitch on her debut international (oversees) series, against the West Indies, it was evident what she might be able to achieve.

Few have gone on to accumulate over 150 runs in just 5 T20 internationals in just their debut overseas assignment. Furthermore, we saw the kind of blazing stars that Shafali Verma gave the team which would emerge the finalists, and as it turned out in the end, the runner’s-up in the 2020 Women’s T20 world cup.

Now, Shafali Verma, whose T20 international strike rate is over 146, has opened up on the context of cricket in the post-Coronavirus lockdown world.

It’s a world where the concept of celebrations- whether taking a wicket, reaching a milestone, raising a fifty, or nothing up a hundred- may never be the same (akin to what one saw in the pre-Coronavirus world).

So that leaves us with the question.

What did Shafali Verma had to say about the aspect of celebrating when it comes to cricket in the current context where what’s most important is to actually maintain a reasonable distance from one another:

I have been working hard on my fitness and it helps that HCA has given us customised fitness charts keeping in mind the areas we need to work on. With us staying indoors at this point in time, the chart further helps as it has workouts planned in a way that we can easily do them at home and don’t need to go to a gym,” she told IANS.

This apart, HCA also organised a session with sports psychologist and Shafali feels it was the need of the hour. “At these times, a lot of negative thoughts can seep into the mind. But speaking to the sports psychologist helped a lot. The motivation has helped stay positive in these tough times,” she had explained.

That being said, Shafali Verma, is also being looked as one of those talents who can actually revolutionise the women’s game in the country and also play a hand in further popularising it in the wider world. Where it stands at present, she’s just 13 shy of reaching her first important international milestone: 500 runs.

What remains to be seen is when might the India women’s team take on their counterparts in the forthcoming contests. What we do know, as of now, is that the much-awaited West Indies women’s series versus the Proteas women (which was set to be held in South Africa) has been called-off.

The said decision was taken just days back! For now, all will be curious to see women’s cricket resume. After all, it began all too well with a fascinating contest towards early 2020.