One of the questions that still need to be supplemented with a meaningful answer is whether or not there’ll be an IPL in 2020. Of course, where the T20 version of the sport is concerned, then few franchise leagues appear as entertaining as the Indian Premier League, instituted first back in 2008.

Surely, much was expected from the 13th edition of the famous franchise-based T20 league. A lot of questions have, thus far, gone unanswered and are etched in pure conjecture. First, could the Mumbai Indians have repeated their 2019 success? Or would we have seen the Chennai Super Kings come back to win the famous T20 league trophy?

Or if not for the famous behemoths, then would glory belong to the other famous marquees in the fascinating competition, including the likes of past-winners Kolkata Knight Riders? In fact, among the big IPL questions that one constantly dabbles in, in a rather passionate form over the social media universe then it’s whether the Virat Kohli-led Royal Challengers Bangalore can come back from the dead and go alive in the IPL cosmos.

Now, while none of us know what might happen in the course of the immediate future, the only thing that’s known is that there are two big decisions that need to be taken.

First, whether or not, there’ll be an IPL in 2020, the year where quite literally nothing has gone wrong (news of resumption of active cricket becoming real with confirmation of the West Indies touring England).

Although, formerly, it was Sri Lanka who announced that they were keen to host the widely-followed and much-anticipated 20-20 league instead of India, that still continues to reel with the growing cases of Coronavirus, it now appears another country has entered the fray.

It’s the land of technical virtuosity and great poise in batting; the Kane Williamson-land New Zealand.

You read that right. New Zealand have expressed its keenness to host the noted cricket league that has arrested the attention of millions around the world, over the years.

That is right. Even before it happened, it was still being conceived as a dream. Would there be a sight for real where international cricketers would mingle with Indian talents and share a common dressing room? But then, the way it unfolded, it’s not practically possible to execute an IPL in the absence of Australian, South African, Kiwi, even Afghani, and yes, the West Indian players.

But for now, the BCCI, who have decided that toward the end of September-early November is the chosen window for the commencement of the IPL, the massive decision regarding hosting the mega event still needs to happen.

So can we expect a closure on that front soon? We don’t know yet. What we know is the following extract of an interaction between the IPL and the media authorities:

“Staging the event in India has to be the first choice but in case it is not safe to have it, then we will look at the overseas options. After UAE and Sri Lanka, New Zealand has also offered to host the IPL.”

Furthermore, it isn’t entirely unpractical to foresee an edition of the famous cricketing league happening in the west as we did see IPL being hosted by South Africa in the past. It was in 2009. And then, in 2014, the UAE too hosted the premier event.

But where it stands now, the following is what the BCCI had to offer on the prospect of staging the IPL in 2020:

“We will sit down with all stakeholders (broadcaster, teams, etc) and take a call. The safety of the players is paramount. There will be no compromise on that!” 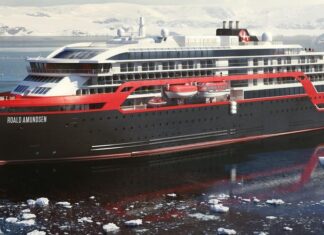 Dev Tyagi -
Another day, and another piece of disenchanting news that just gives us an idea of how big a crisis this Coronavirus really...