Home Sports Cricket MS Dhoni, In His Practice Game Knock Of 123 Has Set The... 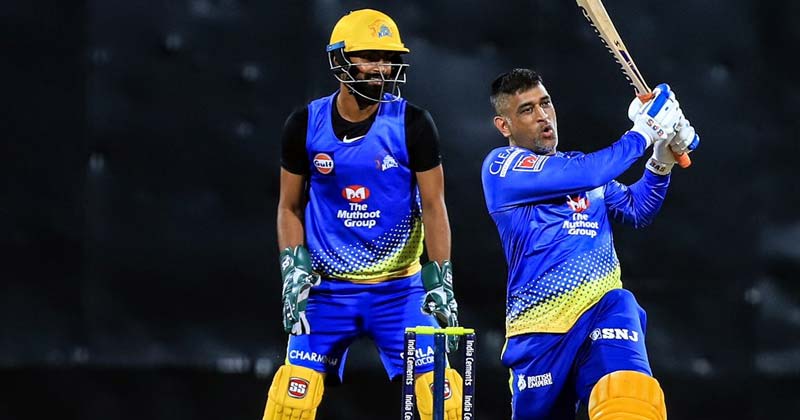 The forthcoming edition of the famous Indian Premier League, also known as the IPL, for short, may have been postponed and rightly so in lines with the existing Coronavirus scare. But that does not mean that the fans cannot expect something special from the inimitable and very special MS Dhoni. In setting a perfect example of why age has got nothing to do with pure talent where it comes to Cricket, MS Dhoni struck a fantastic, even whirlwind century if you like.

The only thing being his brilliant and unbeaten 123 came in a practice game; which meant that the contribution didn’t lead to the accumulation of any points for the Chennai Super Kings. But the fantastic effort did surely give a clue of the kind of form one could expect from MS Dhoni in the coming days.

The very fact that everyone’s loving “Thala” (as MS Dhoni is popularly referred to, in Chennai) can still hit ’em long and for quite some distance is enough evidence of his abilities at an age where many would’ve expected him to simply sit back and enjoy the game from beyond the boundary.

But combining sheer brilliance and matchless power, Dhoni, who’s no less than Chris Gayle for his six-hitting abilities still packs a punch.

Under his mercurial leadership, CSK, who can be called the most famous side of the IPL alongside a Mumbai Indians and Kolkata Knight Riders, have gone on to lift the IPL crown on 2 separate occasions, once in 2010, and later, in 2014.

That being said, being in good form MS Dhoni has sort of trickled the curiosity of hundreds of thousands of cricket-loving fans, especially in his part of the world who, it may not be wrong to say, would be finding it increasingly tough to wait for the arrival of the new edition of the famous T20 contest.

But perhaps the delay of the IPL 2020 edition was the right thing to do, given how sporadic but sudden has been the arrival and rise of cases in India, concerning the threatening Covid-19 scare.

While nothing can match the fun and splendor of following a great game of cricket, there are also occasions where it is important to take a backseat and reflect on what is important, setting our priorities right.

Another thing which is worthy of our attention and adulation is the very fact that in the MS Dhoni-led Chennai Super Kings outfit, there are several matchwinners who are anything but in the pink of their youth.

And yet the fact that the likes of Dwayne Bravo, Shane Watson, Faf du Plessis, Suresh Raina still pack a punch and play cricket with the same unbridled passion and hundred percent commitment that one’s seen during their peak years makes them a joy to watch.

That being said, a leading Cricket content website highlighted the emphasis of MS Dhoni’s practice hundred for the CSK outfit, sharing:

Dhoni recently took part in a practice game between his Chennai Super Kings teammates and as per the reports, the champion wicketkeeper-batsman shellacked the bowling attack to the tune of 123 off 91 deliveries. The videos are doing the rounds on social media where ‘Thala’ Dhoni- while batting with Suresh Raina- could be seen launching the likes of Piyush Chawla and Karn Sharma for Brobdingnagian sixes.