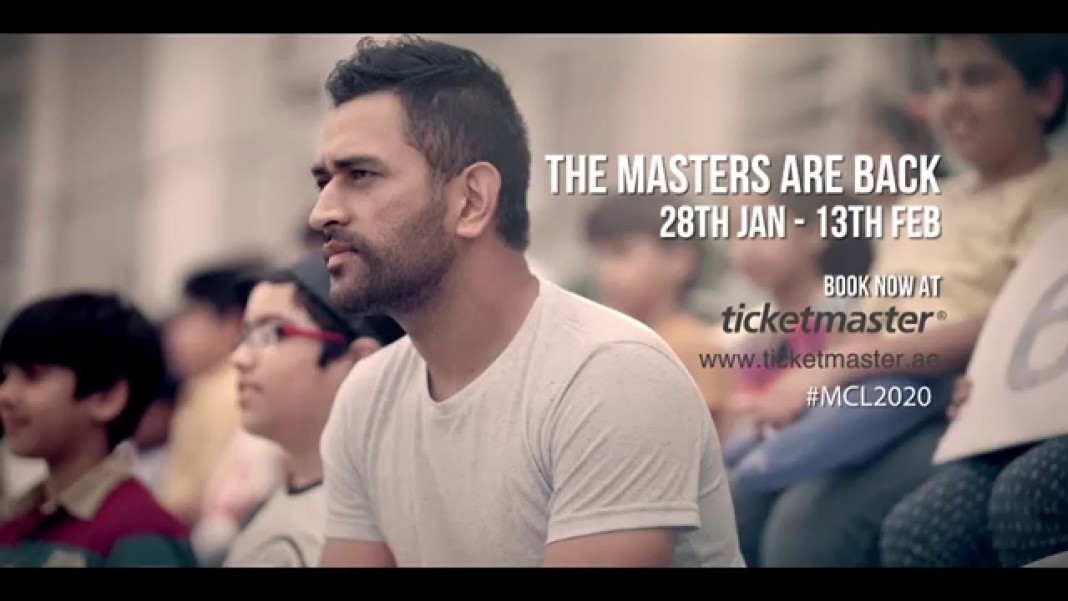 The most awaited Masters Champions League is about to begin and guess who is the biggest fan of MCL? M. S. Dhoni. Yes, the captain of India’s ODI Cricket team launched the ticket sales in the coolest style ever. As the brand ambassador of this tournament, Dhoni inaugurated MCL tickets with a special video message.

The MCL is scheduled to start from 28 January; the first match is between the two most loved and popular cricketer’s team, Sourav Ganguly’s ‘Libra Legends’ and Virender Sehwag’s ‘Gemini Arabians’. The first match will be played at Dubai International Cricket Stadium (DICS). It will be interesting to see some of the greatest Cricket players in action during MCL. Dhoni has always been a Cricket fan and when his favourite players are competing and playing on the field then how he can miss cheering for them.

The video is quite impressive as they introduced kids along Dhoni and they are cheering “we want sixer”. It will bring the insider Cricket fanatic of the audience. Well, captain cool smart move!!