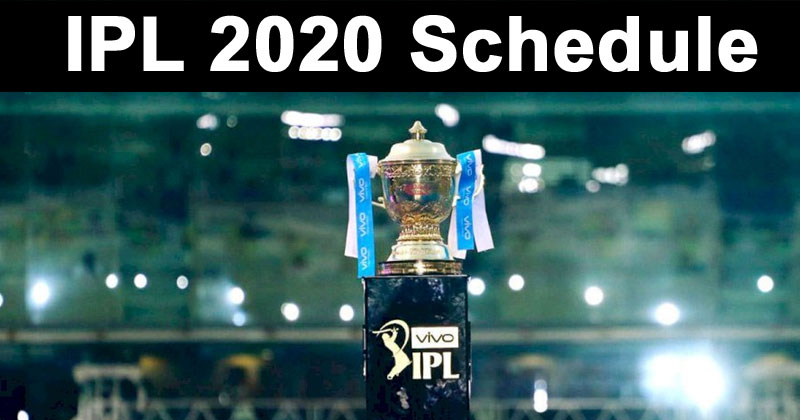 Put on a big smile. Let go of any anxiety or worries. The much-wanted confirmation is here. And it is trending already! The news that all fans were waiting for is finally here. Well, the T20 fans, to state with succinctness. The IPL 2020, it has just been confirmed, shall take place from the month of September.

In what appears to have been the much-needed confirmation on a topic on which there’s been unending speculation, it helps to know the final clarity about the IPL 2020.

It’s believed that the famous T20 franchise league will take place from September 19 in the UAE, the official word coming in from the chairman Mr. Brijesh Patel.

For long, given the coronavirus pandemic, fears were rife that the much-loved and widely-followed T20 league would stand cancelled. And that given it wasn’t possible to hold the event during the summer months- the usual period wherein we’re accustomed of seeing the tournament- there were growing suspicions that the IPL 2020 may not be held at all.

Now, there’s the much needed relief that not only fans but the players themselves were looking for.

In another month and a half, it’ll finally be that time of the year where our news charts and score sheets get buzzing with whirlwind and intrepid cricketing excitement, the kinds that only the thrilling 20-20 action can provide.

It’s going to be a long tournament. One that will continue for no less than a month and a half.

Having said that, in lines with the announcement of the IPL 2020, it’s also known that the big D-day, i.e., the final will be held in the month of November.

That told, all eyes will be transfixed on the date – November 8, 2020. That’s the date for the much-awaited IPL final scheduled to be held, at the very end of the series.

All of that said, what’s also important to note is that all the teams will be slated to leave their base on August 8, later this year in order to prepare for the big tournament, the occurrence of which has finally given much-need hope and joy to a world saddened and stymied by the Coronavirus epidemic.