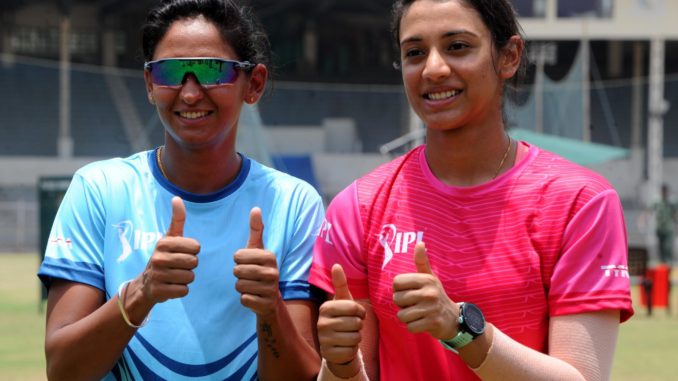 For the longest time now, nearly for over half a decade did one hear constant murmurs about there being a women’s IPL contest. On the outset, the expectation regarding a Women’s IPL was only rational and indicative of a natural order of things that since the men’s game had successfully instituted and propagated the IPL, it was about time that the women got their share of a T20 contest too.

Thankfully, we had two brilliant sides, nearly evenly matched on the skill set (on all aspects of the game) with there being no dearth of superstars in both Supernovas and Trailblazers set-up including the likes of Mithali Raj, Megan Schutt, Ellyse Perry, Meg Lanning, Harmanpreet in the former and Mandhana, Healy, Goswami, Suzie Bates in the latter.

So on May 22, when Smriti Mandhana’s Trailblazers and Harmanpreet Kaur’s Supernovas emerged with their teams in the midst of a Wankhede blushing with the prospect of having an exciting Women’s IPL contest, the odds of having a thriller of a contest were exceedingly high. And even after being sent into bat first, the Trailblazers could manage only 129 on board, in chasing merely 6-an over, Supernovas gave us one heck of a game.

So what were the 5 interesting perspectives that became talking points at the conclusion of the first-ever show-stopping Women’s IPL contest?

Fielding was the superior trump card on either side

In any IPL contest, inflicting that early blow is of paramount importance. You know bettering a barrage of runs isn’t always an easy task. The best way, therefore, to succeed, is to inflict early wickets. That is where the Supernovas cut a place for themselves, early on in the contest.

So upon winning the toss when Harmanpreet put Smriti’s Trailblazers into bat, one might not have predicted that there would be a captain versus captain soon after as Harmanpreet leapt brilliantly into the air, a few inches above the ground to collect an excellent catch off Perry to send the belligerent batswoman back.

Later in the contest, Jemimah Rodrigues, who’d only just gotten going found to her utter dismay the incredible Ellyse Perry diving full length way forward in the outfield to send the gritty batswoman back for a well-compiled 25.

On the other hand, the Trailblazers weren’t any lame stars in the field either. Mandhana effected a brilliant run out in the 19th over of her side’s valiant albeit unsuccessful defending of a modest total and sent back Mona Mesharm in what could be called a lazy effort on the part of the batswoman who failed to ground her bat in what was, anyway, a dead-accurate throw at the stumps.

Somethings, it could be said, are an unsaid rule of sorts when it comes to the IPL. For instance, getting off to a good start is paramount. You could say the Supernovas made up in the one important aspect where the Trailblazers fell: collecting steady runs at the top of the order. In ensuring that their side gets off to a fluid start despite chasing a modest total, the experience of Mithali Raj and the flair of Danielle Wyatt came in handy as the chasing team collected a useful 47 runs off the 6 overs in their pursuit of 130. Even as wickets fell later, the composed start up top ensured that the asking rate never went over 6 an over at the most.

While it was an off day in the field for big bats- Meg Lanning, Alyssa Healy, and Beth Mooney- the bowler- Megan Schutt and Ellyse Perry provided great resistance with the ball.

The two dashing and spirited Australian medium pacers went all guns blazing in the fantastic IPL contest and ensured that it was a bowler’s day out in the sun-burned Wankhede.

In sending back the dangerous and big-striking Alyssa Perry up first, new-ball bowler and  Southern-Stars talent Schutt inflicted an early blow into the Trailblazers order, from which they never really recovered.

Later on, her Supernovas and Australia team-mate Ellyse Perry would disturb the timber of arguably the best batswoman in the Women’s IPL contest- Suzie Bates.

What was interesting was that Schutt didn’t rest merely on speed and accuracy alone and instead also attempted to bowl at the back of the length, as seen in the dismissal of Healy.

With all due regard to both sides, the Women’s IPL contest wasn’t a blitzkrieg fashioned by a tonnage of big hits and massacring strokes all over the Wankhede. You understood this instantly when you looked at the scorecard gazing at the ‘6s’ column to find that only 3 sixes were struck from 40 overs.

But even then, in compiling 240 runs, the contest went down to the wire and produced a final ball thriller that most of us- whether watching the contest at the ground or elsewhere- wouldn’t have predicted.

That a single was needed off the final ball with not the most remarkable striker of the ball being tasked to chase the ask- Pooja Vastrakar- made the contest an incredible watch and something you’d call ‘an edge of the seat thriller’.

Suzie Bates is a true champion of the game

Having been in incredible form all summer, coming to India at the back of a great home series against the West Indies, the New Zealand captain was at the epicentre of shaping the much-vaunted Women’s IPL contest.

In producing an impressive all-round performance in a contest where the ball seemed to dominate the ball, apart from clinching two vital wickets for her Trailblazers side, Suzie Bates came up with an ace: 3-16-2 and also collected 32 useful runs for a waning side that didn’t exactly have a great day in the field with the bat.

Wearing a modest smile at the conclusion of the game, perhaps veiling the remorse of the loss, Suzie Bates was pretty much the figure of poise and grace under pressure.