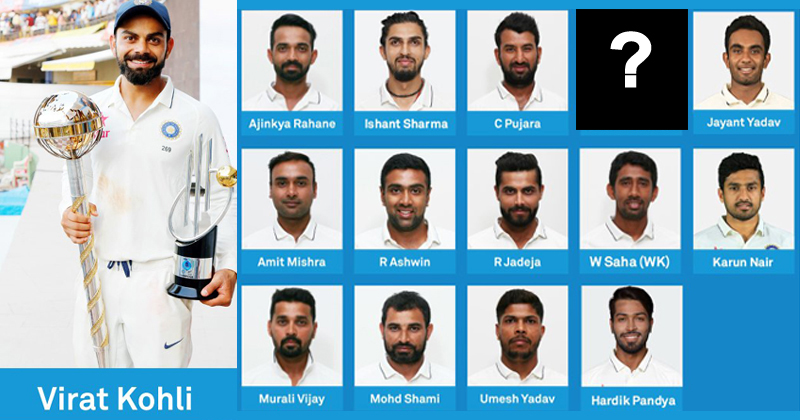 Indian test squad for the upcoming test matches of the England Test Series has been announced by Board Of Cricket Control in India, on 20 November. The new selectors have kept form and fitness of the players in focus and also considered the consistent performance of players in the first couple of Test matches.

Gautam Gambhir has been dropped out of the team and Bhuvneshwar Kumar has been brought back after his competitive performances in Ranji Trophy. The test squad has been selected for the remaining 3 test matches of the series against England.