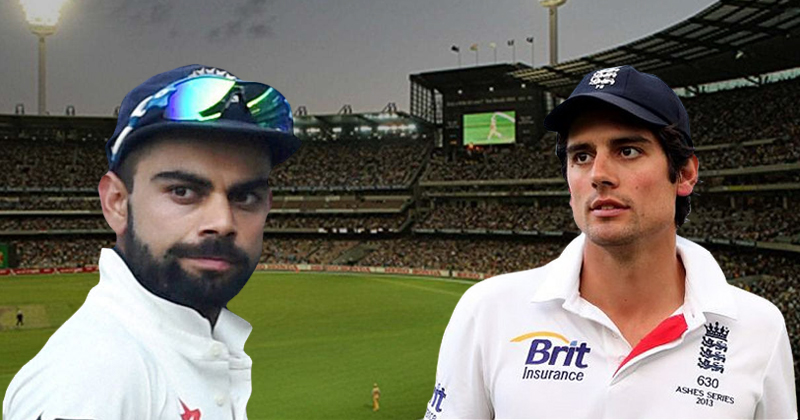 England Cricket team is also scheduled to play a three-match ODI series and three T20s in India and the schedule is stretched till February 2017. There is one month gap between the test and ODI series and that is why we will focus on the test series starting from 9th November at Rajkot.

India has never registered a series win against England in the last eight years and the hosts will definitely try to put an end to this winning drought against England. The last time when the England team toured India for a test series, they turned the tables and won the contest by 2-1. India won the first match but in the next two matches, it was Alastair Cook’s team that came out as a winner in the subsequent matches.

Here is the list of test matches played between India and England:

The table shows the disparity between the performances of both the teams as England’s winning tally is double to that of India. For India, England has been the team to defeat since the dawn of time and winning a test series against its former rulers is considered equivalent to winning a World Cup for India.

Ravichandran Ashwin, who recently became the second fastest bowler to claim 200 wickets, will look to exploit the current England batting line-up which struggled to perform on slow and less bouncy wickets in Bangladesh. England also witnessed their first defeat against Bangladesh in this series.

Ajinkya Rahane, the vice captain of Indian team will also have to play a crucial part in this series. This won’t be a difficult task for him because he is most successful batsman against England who is currently present in the team. He also has an impressive overall average of more than 51 runs in test cricket.

In a recent conference, England’s Captain, Alastair Cook seemed confident of defeating the home side with the help of his spinner trio of Adil Rashid, Moeen Ali and Zafar Ansari who have a combined tally of just 105 wickets.

The visitor’s main advantage will be their bowling coach Saqlain Mushtaq, who is a former Pakistani player and has a lot of experience in playing on Indian pitches.

Here is the schedule of the five match test series between India and England:

Main concerns for the Indian side:

All said and done, India is currently the No.1 Test Team in the world and this will definitely boost their confidence to compete against the No.4 England team. However, nobody can ignore England team’s capability of a comeback and the same was seen in 2013 when the team won a series against India by 2-1.