All You Need To Know About ICC Champions Trophy 2017 Schedule

ICC Champions Trophy is starting in June 2017 and the schedule has been announced by the International Cricket Council (ICC). Eight teams, 15 matches, 18 days and three different venues in England & Wales. The thrilling tournament will bring all the cricket fanatics together.

The groups were announced and surprisingly India and Pakistan both ended up in the same group. Both the countries are in Group B and are joined by Sri Lanka and South Africa. Australia, England, New Zealand, and Bangladesh are in Group A.

The opening match of the ICC Champions Trophy will be played on June 1, 2017, between England and Bangladesh at The Oval, London. India and Pakistan will collide at Edgbaston in Birmingham on 4 June. To watch them lock horns will be a tasty affair. 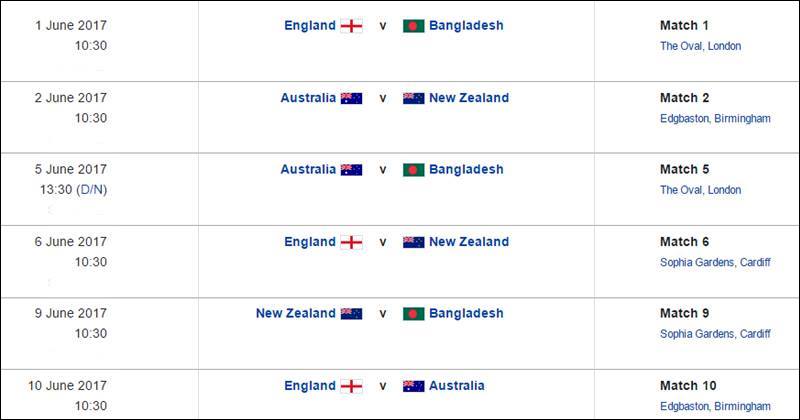 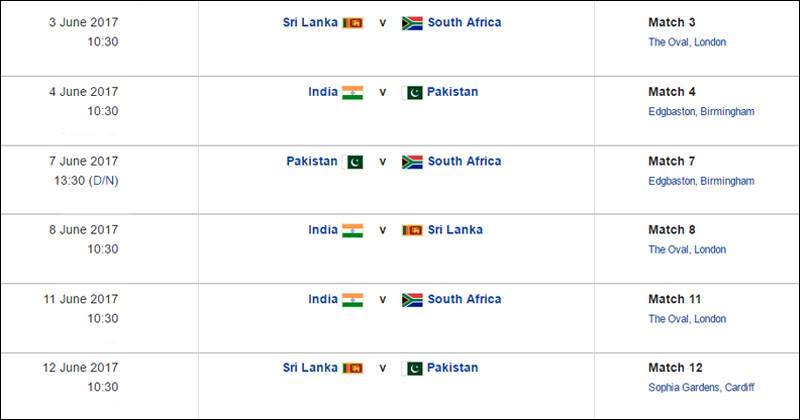 India and Australia both have won the tournament twice whereas New Zealand, Sri Lanka, South Africa and West Indies have all lifted the trophy once.

Will any of the other countries take the title in 2017 from the defending champions, India or India will keep the title, is a question that will be answered next year.

All the matches of ICC Champions Trophy will be played at Cardiff Wales Stadium in Cardiff, The Oval in London and Edgbaston in Birmingham. The final match will be played on 18th June 2017 at The Oval, London.