Home Sports Cricket Record-breaking Ellyse Perry en route to becoming one of the greatest of... 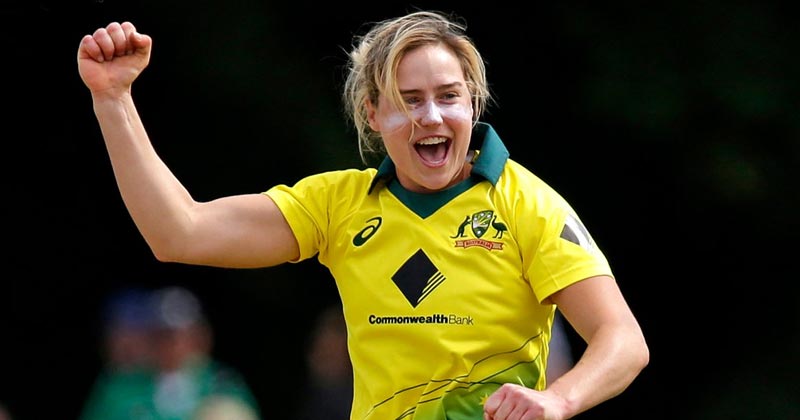 Ellyse Perry is a special cricketer. Very special. And she has been on a record-breaking spree. After recently registering the best ODI bowling figures for an Australian woman with her 7 for 22 against England, Perry has entered her name emphatically in the record books again.

In the second T20I between England Women and Australia Women, Perry’s unbeaten 47 off 39 balls helped her team coast to a comfortable win. While that was a commendable effort, what the Australian all-rounder didn’t realize is that during the course of her knock she became the first player, male or female, to score 1000 runs and take 100 wickets in T20 Internationals. Pakistan’s Shahid Afridi (1416 runs and 98 wickets) was the only one who had come close to this unique record.

Perry, who has played 104 T20Is so far, now has 1005 runs and 103 wickets. Typically, Perry, on being told of her unique achievement, attempted to downplay it. “I guess it’s lovely, but I wasn’t aware of it,” Perry said at the post match interview. “I have played a pretty big volume of games now. When you’ve played 100 games you might get close to it. That’s probably the only reason I’m there – because I’ve played a lot of games.”

As humble as Perry is, there is no denying that she is perhaps the best all-rounder in women’s cricket at the moment. The impact that Perry has had on Australia’s Ashes tour of England – both with the bat and the ball– has been phenomenal.

In the first ODI of the tour at Leicester, Perry took 3-43 in a tense 2-wicket win for Australia. This was followed by that record-breaking spell of 7-22 in the 3rd ODI in Canterbury. With the bat, Perry struck a fluent 62 in the 2nd ODI followed by a cracking 116 and 76* in the only Test at Taunton.

This is, of course, not a one-off performance either. Perry has been pretty consistent for a while. Her 213* at Sydney against England is the highest individual score an Australian women cricket in Tests and only the second highest score all time in women Test cricket. She averages 78 with the bat in 8 Tests and 50.35 in 106 ODIs. She also has 31 Tests wickets, along with 145 ODI wickets.

In T20Is, as was discussed earlier, she been incredibly consistent for a while.

Not many would know this but Perry is the youngest Australian ever to play international cricket when she had made her debut against New Zealand in July 2007 when she was just 16 years of age. In the next 11 years, the Australian has not just established herself as one of the best all-rounders of world cricket across formats but is also well on her way to becoming one of the greatest cricketers of all time.

An inspiration to a generation of young women

At just 28 years of age, Ellyse Perry still has plenty of time on her hands. If she manages to show even half the consistency she has in these past few years, she would easily stamp her name in countless more records.

Even more important than her records, however, is the grace and humility with which this star cricketer has carried herself. In an age of fist-pumping and chest-thumping cricketers, Perry’s calm poise comes is a welcome relief.  She is an inspiration to hordes of young girls around the world and is likely to end up as one of the biggest icons of Australian cricket by the time she is done.