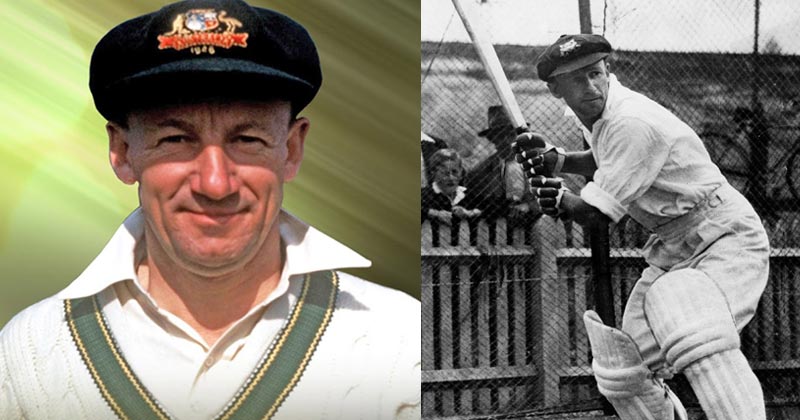 If there is one batsman in cricket history who can actually be regarded as a genuine superhero, it will always be Sir Donald Bradman. The legend from Australia was born on the 27th of August, 1908, in New South Wales. Over the course of a 20-year career, Bradman achieved some superhuman feats that are almost impossible to ever be surmounted.

The list of Don Bradman records is rather huge and must be a pure delight for statisticians. As we celebrate the 111th birth anniversary of Donald George Bradman, it would be a good time to look at some of the amazing deeds this legendary batsman achieved in his glorious career.

Don Bradman’s Test average has become the talk of cricketing lore for decades. This is the most basic cricket fact that every cricket fan comes to know when they first become awed with the game. And rightly so. After all, this is a number that is unthinkable. It is extraordinary. And it shall, in all likelihood, never be surpassed.

Bradman finished his Test career with an unimaginable average of 99.94 – the best average in international cricket by some distance. The only batsman who comes close to it is presently is Australia’s Steve Smith, who averages 63.24.

Only man to score centuries in 6 consecutive Tests:

South Africa’s Jaques Kallis, Pakistan’s Mohammad Yusuf and India’s Gautam Gambhir are the next on this list, scoring hundreds in 5 consecutive Tests.

Most runs in a single Ashes series:

While Steve Smith made headlines after piling on the runs in the ongoing Ashes 2019, it is Don Bradman who holds the record for the most runs in a single Ashes series. Playing his first Ashes away from home, in 1930, a young Bradman amassed a whopping 974 runs in 7 innings at an astounding average of 139.14 with 4 hundreds.

Only Test batsman to score more than 5,000 runs versus an opponent:

Bradman took 13 innings to score his first 1000 runs in Test cricket. That is not one of the great Don Bradman records, however, as he was second to reach that mark – after Herbert Sutcliffe of England who holds the record by reaching the 1000-run Test mark in only 12 innings.

Had Bradman played on for a few more years he would have likely take over the 7,000 and 8,000 clubs too.

Don Bradman had a proclivity of notching up ‘Daddy Hundreds’ – only 10 out of his 29 hundreds have been scores below 140-plus.

Bradman went on to score 12 double hundreds in his career – the most in Test history. Only Kumar Sangakkara of Sri Lanka came close to this record, with 11 Test double hundreds to his name.

Bradman also has two triple hundreds and is tied with Brian Lara, Chris Gayle and Virender Sehwag for that record.

Most hundreds scored in a single session:

One of the most unique Don Bradman records is scoring most hundreds scored in a single session. Bradman achieved this on six instances – one century pre-lunch, two hundreds between lunch and tea, and three centuries came between tea and stumps. No other batsman in history has been able to achieve this feat of scoring more hundreds than Bradman in a single session so far.

Most runs by a batsman in a single day’s play in Test cricket:

Don Bradman is the only batsman to have scored a triple hundred in a day’s play. His 309 against England at Leeds on 11 July, 1930, has been recorded as the most runs scored by a batsman in a single day’s play of a Test match. Bradman was only 21 years of age then.

The only two batsmen who came close to breaking that record were England’s Wally Hammond (295 runs against New Zealand at Auckland on 31st March, 1933) and India’s Virender Sehwag (284 runs against Sri Lanka at Mumbai on 2nd December, 2009).

It’s rather amazing that despite how fast-paced cricket has become over the decades no batsman has been able to breach Bradman’s long-standing record.

Not many know this, but Don Bradman also broke countless records in First-Class cricket and was a veritable legend with the feats he accomplished. He finished his First-Class career with an average of staggering 95.14 after 234 matches and 338 innings and scored an astonishing 28,067 runs in them with 117 hundreds and 69 fifties. These are mind-boggling numbers and no other batsman in first-class cricket is yet to achieve a higher average than Bradman’s.

The flawless Don Bradman record that wasn’t to be:

Bradman finished his international career with 6,996 runs in 52 Tests with 29 hundreds and 13 fifties. As has been mentioned before, Bradman’s career average was an extraordinary 99.94.

However, in his very last innings, at the Oval in 1948, Bradman had the opportunity to do the unthinkable – finish with a Test average of 100. Bradman needed only 4 runs to achieve this astonishing milestone. Unfortunately, however, Bradman was bowled for 0 off 2 balls by England’s Eric Hollies in his very last Test innings. It is still, perhaps, the most famous duck in cricket history.

It was rather unfortunate that Bradman couldn’t finish on a flawless average of a perfect 100, but the batsman took it in the right spirits.

“I’m very sorry I made a duck. I’d have been glad if I’d made those four extra runs to have an average of 100. I didn’t know it at the time and I don’t think the Englishmen knew it either. I think if they had known it they may have been generous enough to let me get four,” the then 40-year-old had said cheekily.

Regardless, that Test average of 99.94 is still a superhuman effort and will likely go down, along with countless other accomplishments of his , as one of those Don Bradman records that will never be broken.

Donald Bradman hence is certainly cricket’s first and only superhero and his numerous adjective-defying records are a testimony to that. Which is your favourite Don Bradman record?