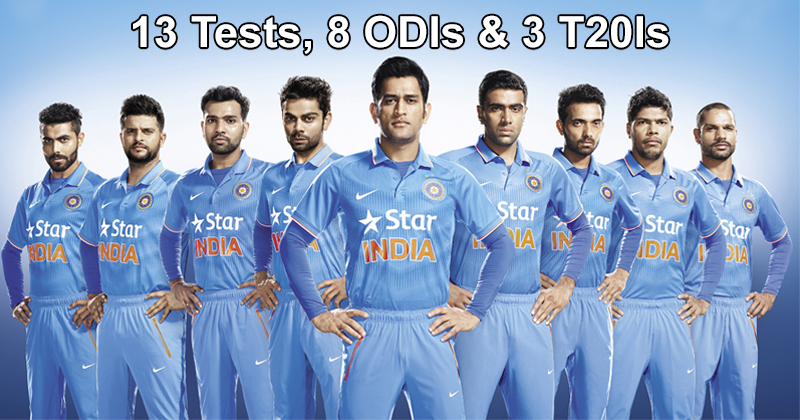 Here is the Indian Cricket Team’s Schedule For 2016-17 Home Season:

England’s Tour of India 2016:  After playing 3 Tests and 5 ODIs with New Zealand, India will play 5  Tests, 3 ODIs and 3 T20Is with England. Test matches will be played in Mohali, Rajkot, Mumbai, Vizag and Chennai and three ODIs will be played in Pune, Cuttack and Kolkata. The three T20Is between India and England will be played in Bengaluru, Nagpur and Kanpur.

Australia’s Tour of India 2017: Australia will arrive in Feb-Mar 2017 in India to play 4 Test matches which will be played at Bengaluru, Dharamsala, Ranchi and Pune.

Bangladesh will play the only Test match which will be played at Hyderabad.