Chess is a board game for two people. One player plays with the white pieces, the other player with the black ones. The goal of the chess game is to checkmate the opponent following the chess rules. That means that the king is in chess and has no way of making a move without being threatened by a Check again.

The game is played on a game board with 64 blocks, a square divided into an 8×8 grid. Each field is identified by a letter-number combination. The columns from a to h and the rows from 1 to 8 are counted.

The game board is positioned so that the lower-left corner is labeled a1 from the white player’s perspective.

ROOK(Elephant) – It can only move and capture in a straight line and only stops when obstructed by another piece.

BISHOP(Camel) – It can only move and capture diagonally and only stops when obstructed by another piece.

QUEEN – Queen can move and capture both diagonally and straight line. It combines the moves of Bishop and Rook.

KING – It can move one step in any direction if that block is not threatened by check or is unoccupied.

Each side has 8 pawns

1. In its First step, the pawn has a choice of moving two blocks forward at once.

2. The pawn can choose to move just one block as well.

3. After that, the pawn only moves one block at a time.

4. The pawn can only kill sideways forward. To put it simply, a pawn moves in a straight line but can take out another piece if it is in the next block forward diagonally.

5. If the pawn reaches the end block, it has a choice of turning into a Queen, a Knight, a Rook or a Bishop.

It is the only move in which two pieces are moved, namely king and rook. The king is moved two spaces to the right or left. At the same time, the rook is moved in the direction from where the king was moved and is placed on the box between the king and the starting position of the king.

The White has the first move. White is only able to move a pawn or a Knight(Horse) in the first move. The target is to bring the opposite king in a position from where he cannot move to a safer place when presented with Check. It is called Checkmate.

Checkmate occurs when the king is threatened with a Check and it cannot be moved anywhere to ward off or block the Check and no other player can be moved between the king and the piece that has presented the Check.

As soon as a player’s king is checkmated, he loses the game.

Stalemate occurs when a player’s king is not in check, but it also cannot make a move without putting his own king in Check by the opponent. As soon as there is a stalemate, the game ends in a tie or draw.

Chess games can end in a draw. This so-called draw occurs when:

1. Both players agree on the tie.

3. For 50 moves no figure has been struck, no pawn has been moved and a player requests a draw.

4. If the pieces move through the same position for the third time and only the same moves are possible.

Keep these chess rules in mind and turn the game in your favour. 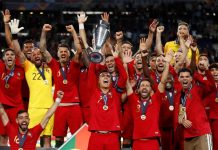