PV Sindhu has been one of the most talked about Indian sportsperson on the internet these days. PV Sindhu facts begins from making India proud at Rio Olympics by winning a silver medal and becoming the No.2 female Badminton in WBF rankings, in just over seven years. PV Sindhu has scaled new heights and has even been regarded as one of the best players to have ever played the sport.

Be it her aggression, her talent or the skilful swing, PV Sindhu has always maintained her flawless stance on the court and has given her opponents a run for their money. In her most recent games, PV Sindhu had to settle for a silver after losing 19-21, 22-20, 20-22 to Japan’s Nozomi Okuhara in a hard-fought final of 2017 World Badminton Championship in Glasgow, Scotland. However, the match lasted for an hour and 50 mins, and Man!! It will go down in the history books for being one of the greatest shuttle battles of all time.

Both PV Sindhu and Nozomi Okuhara exhibited the best of class and highest levels of fitness despite being drained out for the entire final, because of the long rallies and sheer power game. It was PV Sindhu’s third medal at the World Badminton Championships, with already having bronze apiece from 2013 and 2014 editions in her bag.

This might be the closest, that PV Sindhu ever was, of the World Badminton Championship Gold, but there is more to come from the ace shuttler and PV Sindhu is determined to take Indian badminton to heights, never seen.

Thanks to her win at the Rio Olympics and now the WBF Championship, people have a great idea of who PV Sindhu is and what she has been doing for India in the Badminton World.

Do you really think that you know who PV Sindhu is and about her journey of becoming the most talked about personality in India? In either of the cases, here we present you 7 lesser known facts about PV Sindhu which will make you believe that nothing is impossible in this world if you have the needed determination.

1. PV Sindhu was born on 5th July 1995, to P. V. Ramana and P. Vijaya. Both her parents are former professional Volleyball players and her Ramana was also conferred with the Arjuna Award for his achievements in Volleyball.

3. The 22-year-old is extremely hard working and despite living 65 km away from her training center, PV Sindhu never skipped a single training session which usually started at 4 am daily.

4. PV Sindhu is a big fan of Pullela Gopichand, who is a former Indian badminton sensation and she drew inspiration from Gopichand’s success in All England Open Badminton Championship in 2001, where he won the tournament after defeating Chen Hong by 15-12, 15-6. 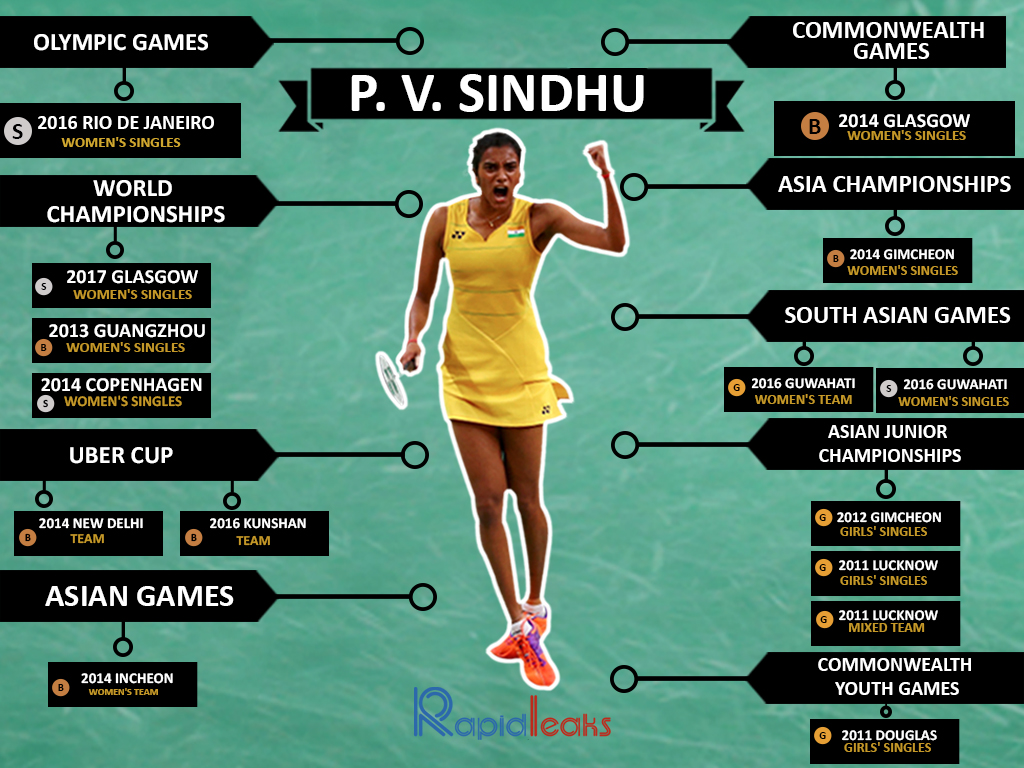 PV Sindhu has achieved a lot in a very short span with her impeccable skills accompanied with a lot of hard work and determination. With several more years worth of badminton left in her, we expect her to gather even more accolades and soon become the WBF champion.