A powerful image with a person sitting in a motorized wheelchair is one of the most recognized images in civil society. This image belongs to Stephen Hawking, the most intelligent person of his generation. Throughout his life, he has made several exciting discoveries in physics and astronomy. We have summarized the main theories of the British physicist, Sir Stephen Hawking.

Hawking’s tragic fate and several bestsellers have established his world fame. However, it is highly regarded in science, above all because of its cosmological and physical insights.

The Mysterious Big Bang From The Singularity – Stephen Hawking Theories

The universe originated from the Big Bang and since then, the universe has continued to expand. This is what Albert Einstein’s general theory of relativity says. Measurements and studies have shown that space originated with a big bang 13.8 billion years ago and has been expanding ever since.

But was that really the beginning? Together with research colleagues, Stephen Hawking has proven that the origin of the universe cannot be explained in the context of the theory of relativity. General relativity reaches its limits in the Big Bang.

A time before is unthinkable. However, Hawking believes that before the Big Bang, there could have been some kind of precursor universe that eventually collapsed.

He already formulated Hawking’s insights into general relativity in his doctoral thesis and continued to work on it later. They are a milestone in modern cosmology.

The life of a massive giant star ends spectacularly. When its fuel supply is exhausted, it explodes and lights up brightly in an event called a supernova. The burned-out core of the star collapses and can collapse into a black hole. This follows as a consequence of the general theory of relativity.

Hawking and his colleagues have shown that black holes have at most three properties – mass, angular momentum, and electrical charge. Nothing else can be fully characterized by three properties.

It has long been assumed that there is no escape from a black hole. The gravity inside the black holes is so strong that even light cannot escape. However, Hawking shook this thesis vigorously. He concludes that black holes may not shrink but can evaporate. They do this by emitting tiny particles called Hawking radiation.

This astonishing conclusion is probably Hawking’s most significant discovery. It is based on preliminary work by Jacob Bekenstein and combines three previously separate areas of physics I.e. general relativity, quantum theory, and thermodynamics.

It takes enormously long periods of time for black holes to dissolve. In addition, the Hawking radiation is very low, therefore it can hardly be measured. However, there could be exceptions. Tiny black holes could have formed at the time of the Big Bang.

They would be much smaller than an atomic nucleus and therefore evaporated very quickly at that time. Today, telescopes could still pick up the radiation they emitted in the process. So far there are no astronomical indications of such explosive events.

If black holes evaporated completely, physics would have a problem. Hawking recognized this as early as 1975. Then quantum physics and the principle of conservation of energy were possibly invalid because it states that although energy can be converted, for example from movement energy into thermal energy, it cannot be generated or destroyed overall.

Suggested Read: The Sad Truth ‘Even if There Are Aliens, We Will Never Contact Them in Our Lifetime’. Here’s Why.

But if black holes were to irrevocably destroy everything, it would shake the foundations of physics. Therefore, Hawking’s thesis of the evaporating black holes was discussed very controversially and still is. It is now accepted that there is a problem. So far, however, the proposed solutions have all been speculative.

Hawking’s latest research attacked his original conclusion and had developed various ideas. As a result, the information in the black hole is not destroyed but is partially preserved in its surroundings as quantum physical states of space itself. These exotic considerations have so far not prevailed and are considered speculative.

Can Someone Break Glass With Their Voice?

Do LED Lights Keep You Awake At Night? 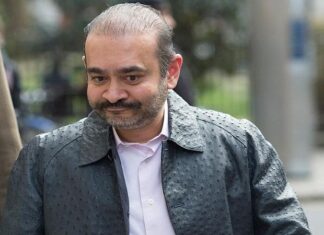