Is He Really Into You? Look For These Signs!

Hola People. From the time when we were apes to the recent times when we are Homo Sapiens, one thing that has been more complex than ever is the concept of love. It may sound heavy to start with but given the fact that we are still clueless about the idea of love, it’s necessary we look deep into the matter.

Now you all must be thinking what’s with the hype? It has always been like that. A woman’s brain is just like a Bermuda triangle and people will agree to it but a man’s brain is no less complicated. You can call it a black hole that appears simple from the outside yet what goes on inside, is almost impossible to guess.

Convinced? Well, to tell your more, women, despite having a complexed brain have always been expressive but it’s men who leave no trace of their feelings out in open. A man can instantly know if a woman is into him or not but for a woman it becomes the quest of catching The Golden Snitch and we all know it’s not a smooth walk. However, thanks to the study of human mind, psychology, there are few signs that can help women to decipher the curious mystery of – Is he really into you?

1. He Is Not Afraid Of Double Texting.

In the beginning of a relationship, texts are the most convenient way of communication. But both the genders avoid coming off too strong, hence they prefer to maintain a low-key. If a guy is really into you, he despite all the consciousness chooses to text you twice and thrice in a day. That’s a subtle hint that he just wants the communication to kick off and know as much as he can. 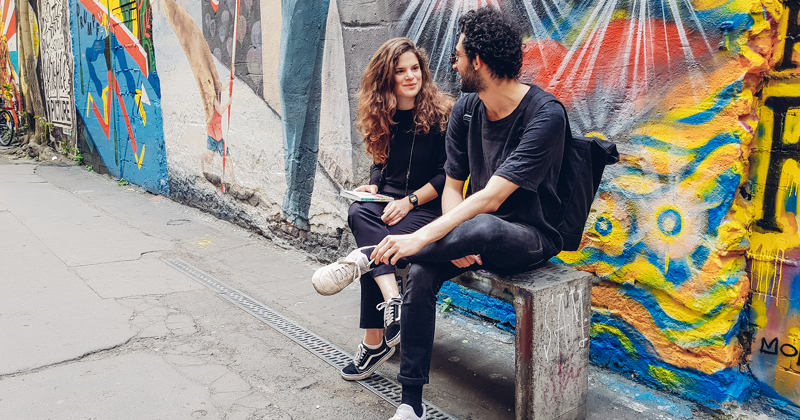 Fancy dates are great at the beginning but truth to be told, too much of anything becomes too pressuring. If a guy is into you deeply, he would run errands with you and turn those dates into casual meetings where you both will do human activities together. Think of going to grocery store or dropping you to a friend’s house or party. It’s cute.

Do you know how hard it is to say that you miss someone? It may seem a normal three-word sentence but to say it means that you are admitting the affection for a certain person. When a guy says these three words, you can easily hope to hear the three magical words soon. He is clearly accepting that he likes you enough to miss your presence.

In this busy life, nothing is more valuable than time. Our schedules are packed with all sorts of social and personal activities. If he is really into you, he will make time for you and if he does that, he honestly fancies you.

5. His Friends And Your Friends Aren’t Unknown To Both Of You.

When he make efforts to know your friends as well as he urges you to meet his friends, it’s a really good sign. It means that he is ready to accept you as his partner in public. It means that he wants to be a part of your life and want to make you a part of his.

6. If He Leans Towards When You Are Talking.

People talk all the time without even realizing that sometimes, others are pretending to sit there and listen when they actually aren’t. If a guy leans forward when you are talking, it means he is not only listening to you carefully but also eliminating the distance between you two. Of course, he wants to come closer and hear every word that leaves your mouth.

7. A Subtle PDA Is Green Light.

I am not talking about the embarrassing grab moments or full makeout in public here. If a guy truly likes you he would rather hold your hand, rest his hand on your shoulder or simply press it against your waist. These are the subtle signs that he letting the world know that you are important and are his girl. It’s sweet.

8. He Ditches The Phone And Talks About Things That Are Important To Him.

Our phones have become our master. People can’t just imagine their lives without them existing but if a guy, keeps his phone away and indulges in deep conversation about his life with you, you can thank your luck as he is super-into you.

9. He is Not Afraid Of Sleepover.

Most of the guys have always been reputed as players. They have perceived as someone who would do anything to get into a woman’s pants. There are some but those who really don’t fall under that circle, have a problem with sharing their space. Men like to be comfortable in their own space, especially when it comes to sleeping, so if a guy is not afraid of a sleepover at your place, you can easily guess why – He is definitely into you.

Ladies, I hope these signs will help you to figure if he likes you or not. If he does you can detonate with happiness, if he doesn’t don’t be disheartened, there are many potential partners you haven’t met yet.