These 5 signs are subtle hints about how the guy you’re crushing on, is just not into you. So, stop wasting your time.

How many times have been in situations where you have a crush on this super cute and amazing guy, however, he’s just not responding to your love signals, the way you would like him to. Well, if you ask me, most of my life. However, this is not about me but about you. So, today, I’ve decided to gather all the knowledge I’ve achieved over the course of my life and put it into points that will make you realise that he’s just not that into you.

While you can also watch an entire movie on it, however, for quick lessons, this is definitely the best way to get the message in no time.

All of these 5 signs are tried tested and completely on point because trust me, experience. Many of these signs are self-explanatory, however, you know what they say, when people like someone they stop looking for negative hints that are thrown on their way. So, girl, trust me. If the guy you’re crushing on is giving away any one of these hints then you need to drop the idea of you two being together. Because, well, it won’t work out.

So, here are the 5 signs that show that he’s just not that into you.

1. You’re The Initiator Of Every Conversation

Be it texts or conversations IRL, if you’re the one who starts it off, every freaking time, then girl, stop. There’s no end to it and you’ll end up being an initiator for life. If someone is interested in talking to you and knowing you, then they’ll definitely make an effort in doing so, and if they’re not, then you know just what to do.

2. They End Up Cancelling Plans At The Last Moment

If your crush always ends up cancelling the plan at just the final minute, even when they were pretty excited over the suggestion of doing something or hanging out, then He’s Just Not That Into You. They will have tons of excuses to throw at you in this moment and it usually involves them being busy or not well. However, that’s not where the catch ends. They end up generating a lot of promising plans for the future but even they don’t turn into reality. And, that my friend is the moment you need to realise the actual reality of them not being interested in you.

3. They Take Too Long To Reply To Your Text

Let’s face it, we’re living in a time where everyone has their phones with them, at all the freaking time. So, if your crush has their phones with them at all times, and still fail reply to your texts within minutes, then get it gurl.. He’s Just Not That Into You. Now, you might end up thinking, but he at least replies and that says a lot about him, so, listen, darling, he’s doing this out of courtesy and nothing else.

4. They Always End Up Involving A Lot Of People In Your Plans Or Conversations

When you’re having a one on one conversation with your crush and they end up involving others in your personal conversations or even plans, then get it. He’s Just Not That Into You and this is his way of not making the conversation or plan too intimate and keep it more chill and casual. This is every guy’s move when they want to pass subtle hints for each other.

5. They’re Never Grateful Of All The Favours You Have Done For Them

If every time you go out of your line to do something for your crush, and they’re more surprised than grateful of your gesture then this is their way of telling that.. He’s Just Not That Into You. Some guys do realise that there’s a very thin line between giving a wrong impression and an ‘I like you too’ impression, which is why they don’t show you their gratefulness for what you’ve done. And, trust me, he’s not bad for doing it, he just wants to get the message across without making you feel too bad for it.

So, gurl, have you got the lesson that you need to look out for, in order to know if He’s Just Not That Into You or not? 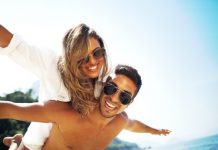 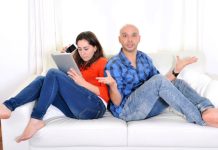 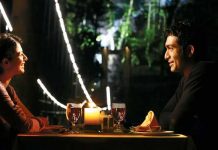 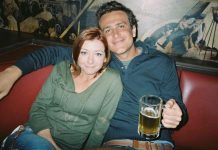