The world tuned in to see one of the world’s most famous and royal redhead getting married in the most beautiful ceremony over the last weekend and this has led the world more intrigued about the redheads than ever before. Considered to be one of the rarest races in the world, certain great and interesting redhead facts are still undisclosed, that the world needs to know about.

There’s more to them than their red hair and pale skin, which is also the most obvious thing about them. For example, redheads had to face a lot in the medieval times due to their looks. People considered women with red hair to be witches and even killed many in the process, whereas, men with red hair were never chosen to be priests since Judas has long been associated with red hair.

Apart from this, being born a natural redhead is no less than a lottery since the genes and timings have to be just right in order to even stand a chance of producing a redhead child. Redheads carry a gene called MC1R which makes their skin pale and hair red or burnt orange in colour. And because red hair is recessive, one could be carrying the gene even if they don’t have red hair.

Here’s how the math of making a baby red works: if one of the parents is a redhead and the other isn’t but carries the redhead gene, there’s a fifty-fifty chance you’ll get a redhead child. If both parents are carriers but don’t have red hair, you’ve got one in four odds, or a twenty-five percent shot. If both parents are ginger, you’re looking at redhead city. But sadly, if even one parent doesn’t hold that lucky MC1R gene, there’s just no chance of seeing red.

The entire thing might seem too complicated by it’s not. As for redhead facts, check them out here and get ready to be surprised by the rarity of these special people.

1. Redheads accounts for almost 140 million in the world. Out of these, Scotland boasts the highest percentage of natural redheads, whereas, Ireland comes in the second spot. 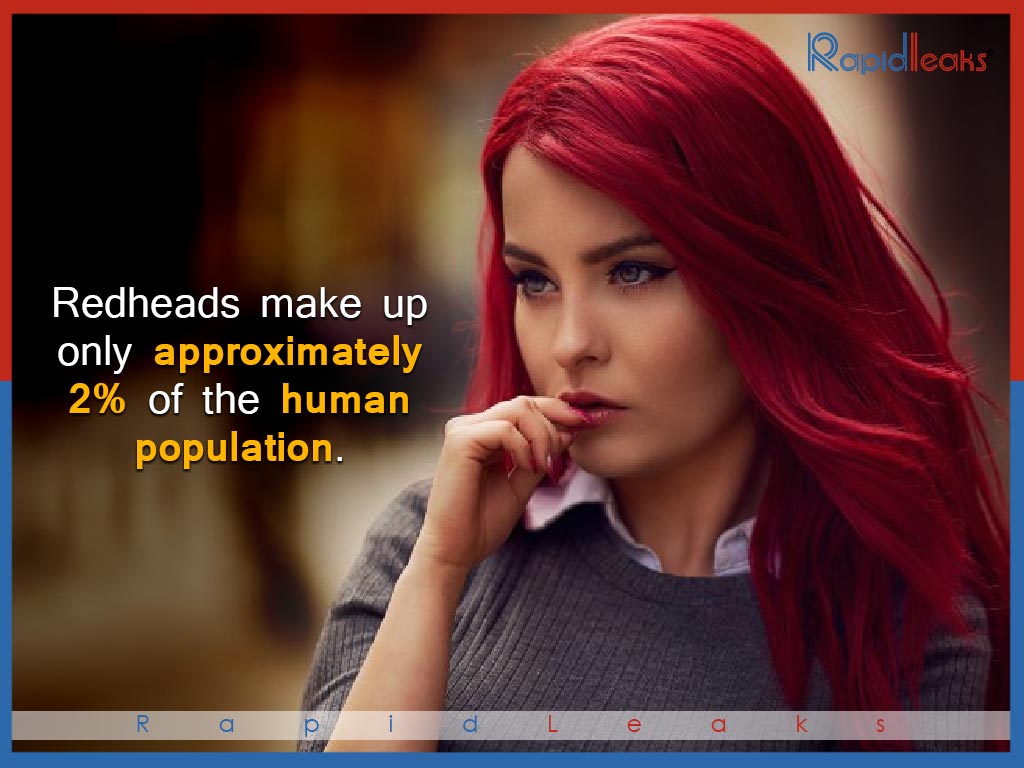 2. Located in the city of Breda, each year the festival of Roodharigendag includes activities like pub crawls, markets, art exhibitions, and a huge group photo. Along with this, the Dutch King and Queen are also felicitated for being redheads and the monarchs. 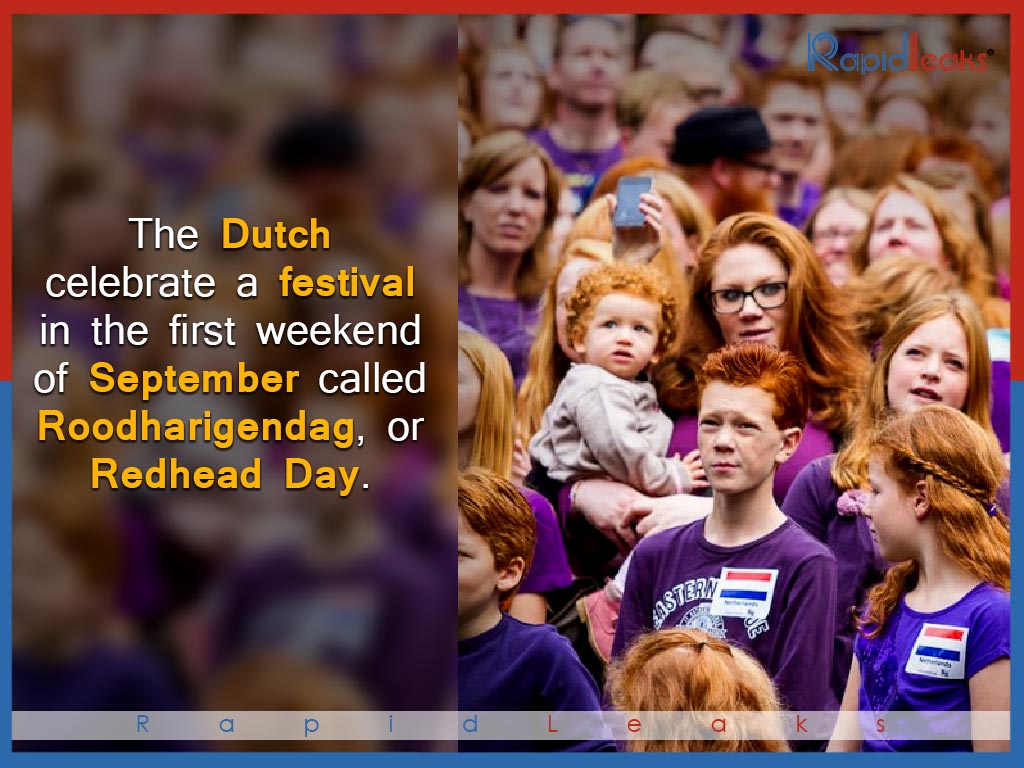 Suggested reads: Can and How The Color Of Your Eyes Change 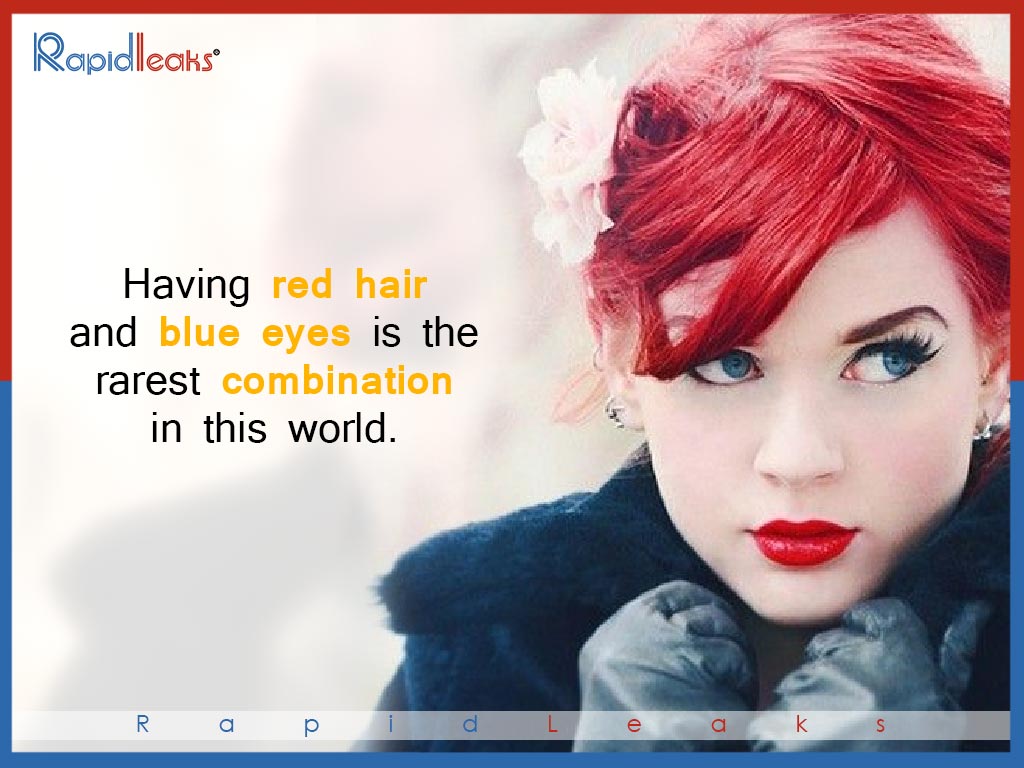 4. There are a number of left-handers in the world, however, being a redhead left-hander is something the world already knows about. 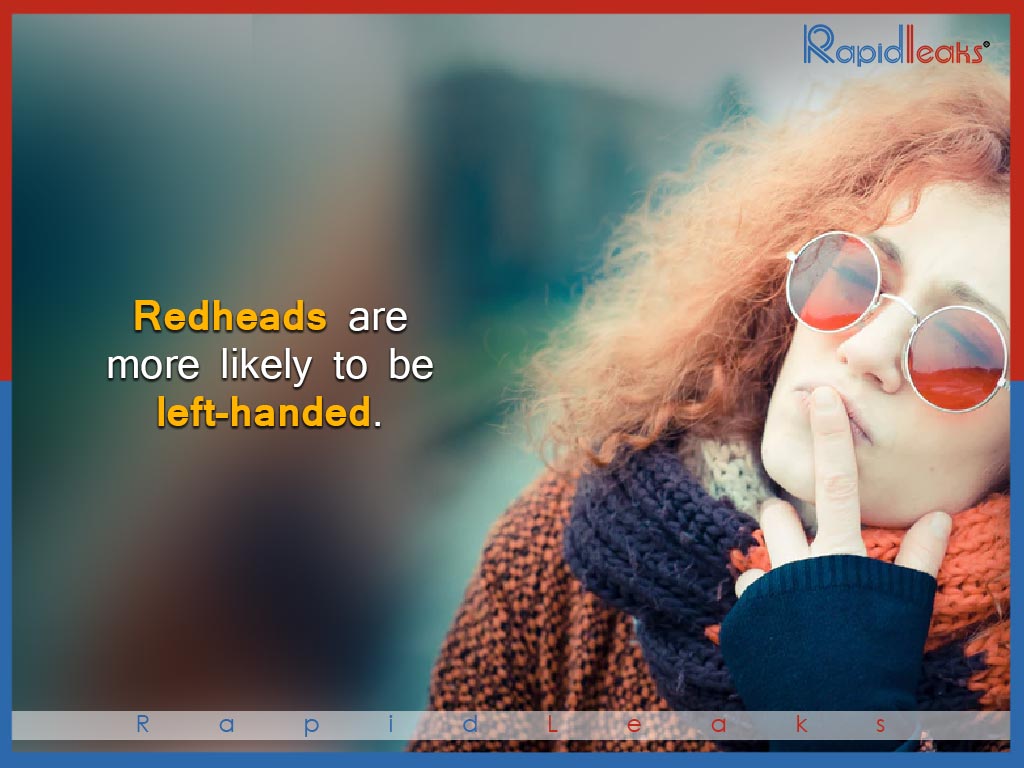 5. The MC1R gene found in redheads is considered to appear due to a genetic mutation which means they’re no less than a mutant. 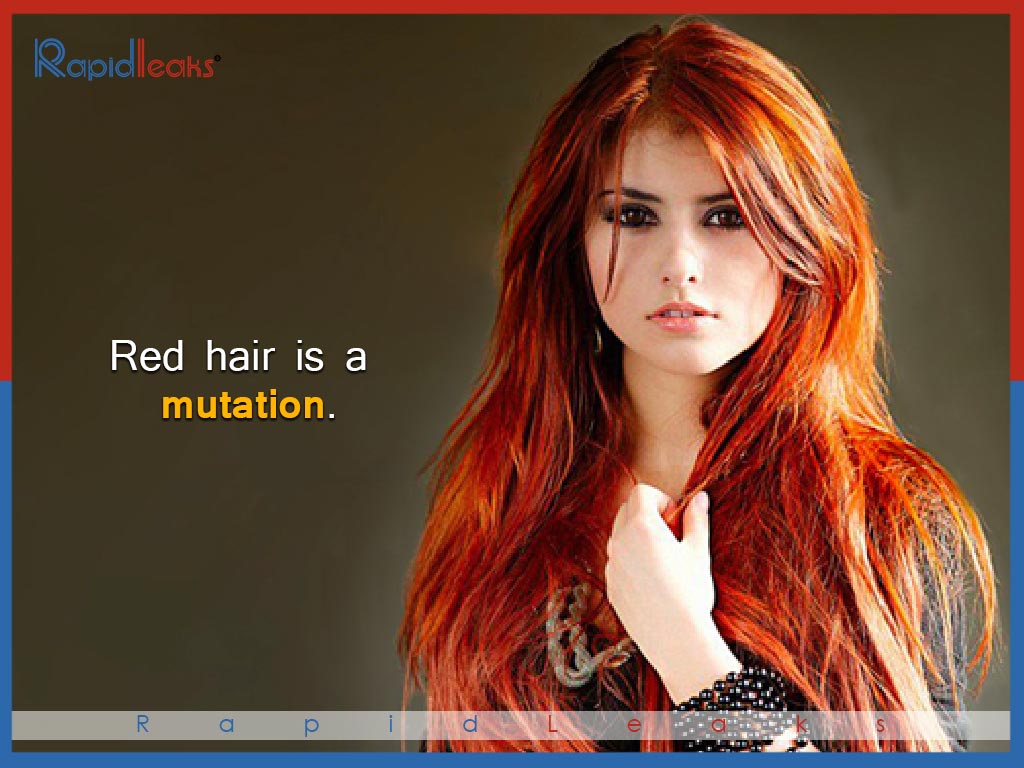 6. Not just vampires, people also considered redheads to be witches and as per some reports more than more than 45,000 women who were killed, in the US, for being witches were also redheads. 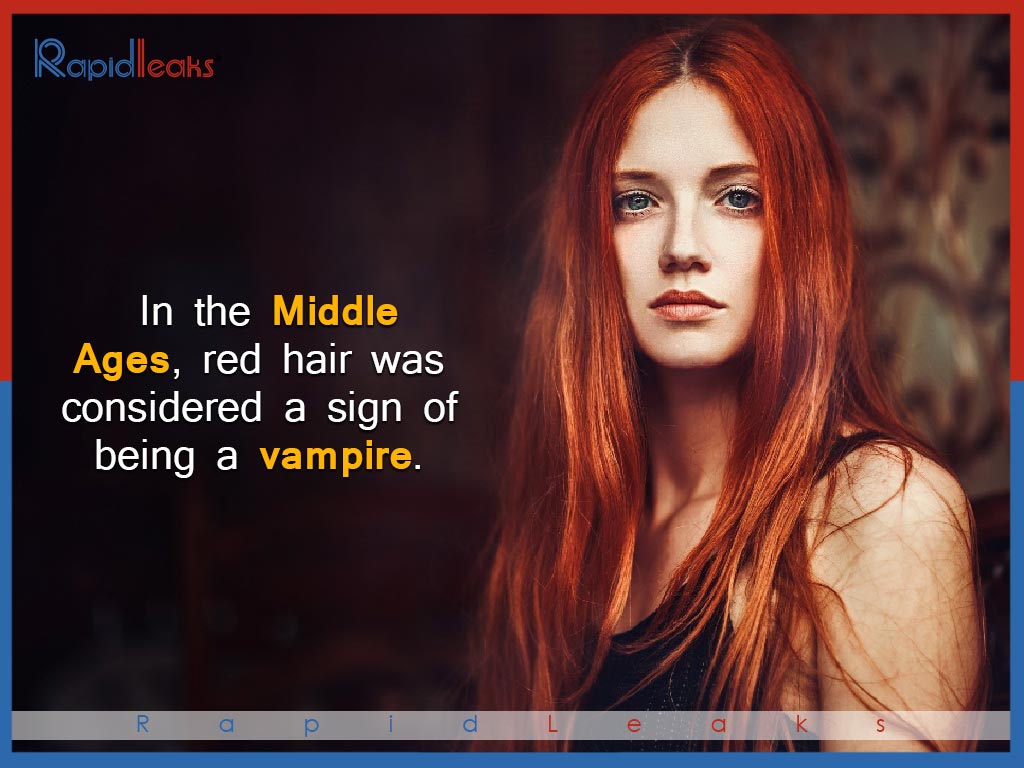 7. One might not appear a usual redhead but chances are one might carry the ginger gene since it’s carried by four in ten people. A great redhead fact for people who want to feel special. 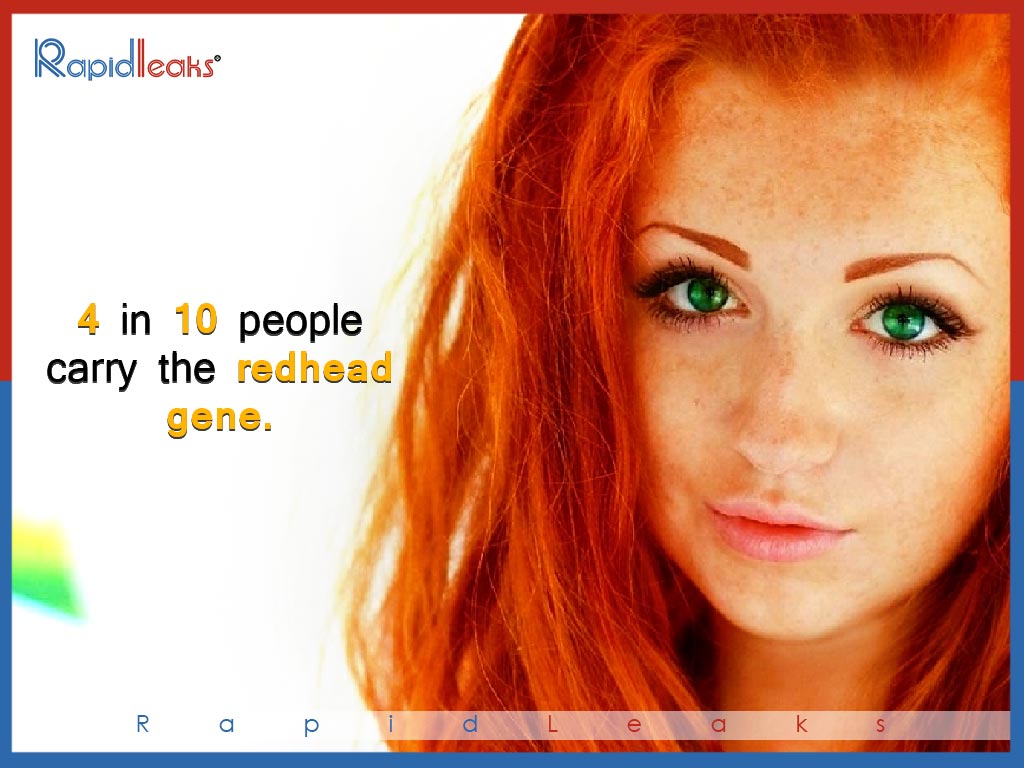 8. We all know about Prince Harry and his redhead genes, but the royalty isn’t limited to just him. King Henry II, King Richard I, Queen Elizabeth Woodville, Elizabeth of York, Henry VII, Queen Elizabeth I and even Queen Victoria were redheads. 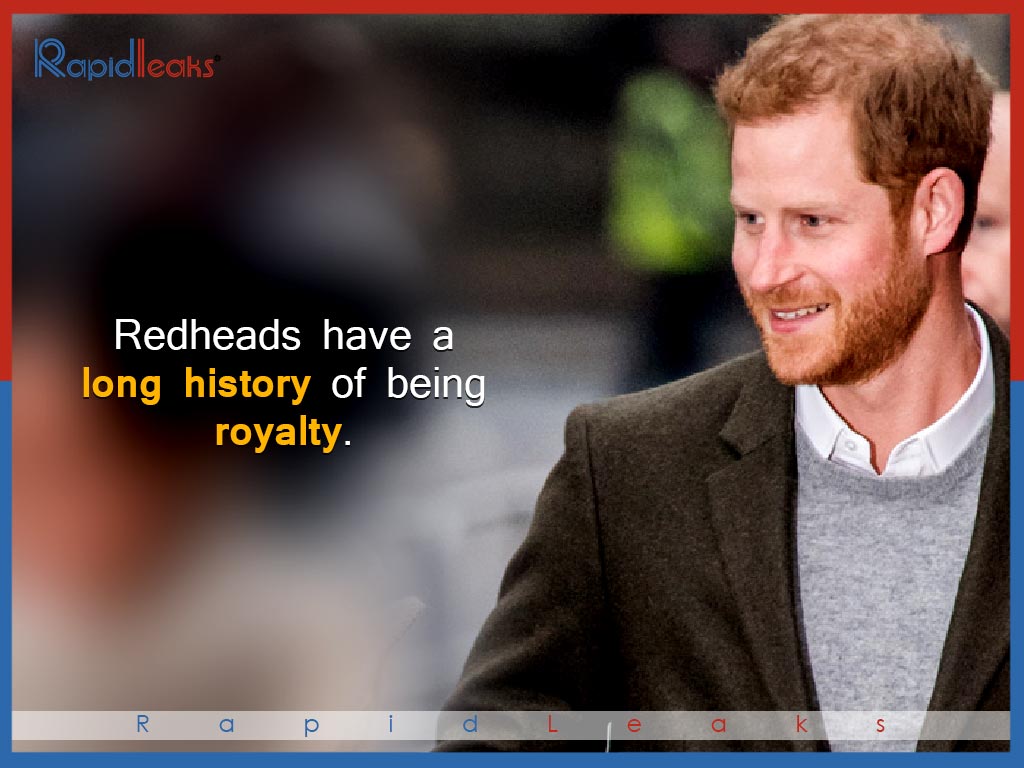 9. While we can’t vouch for this fact personally but everyone who knows a redhead always says so. 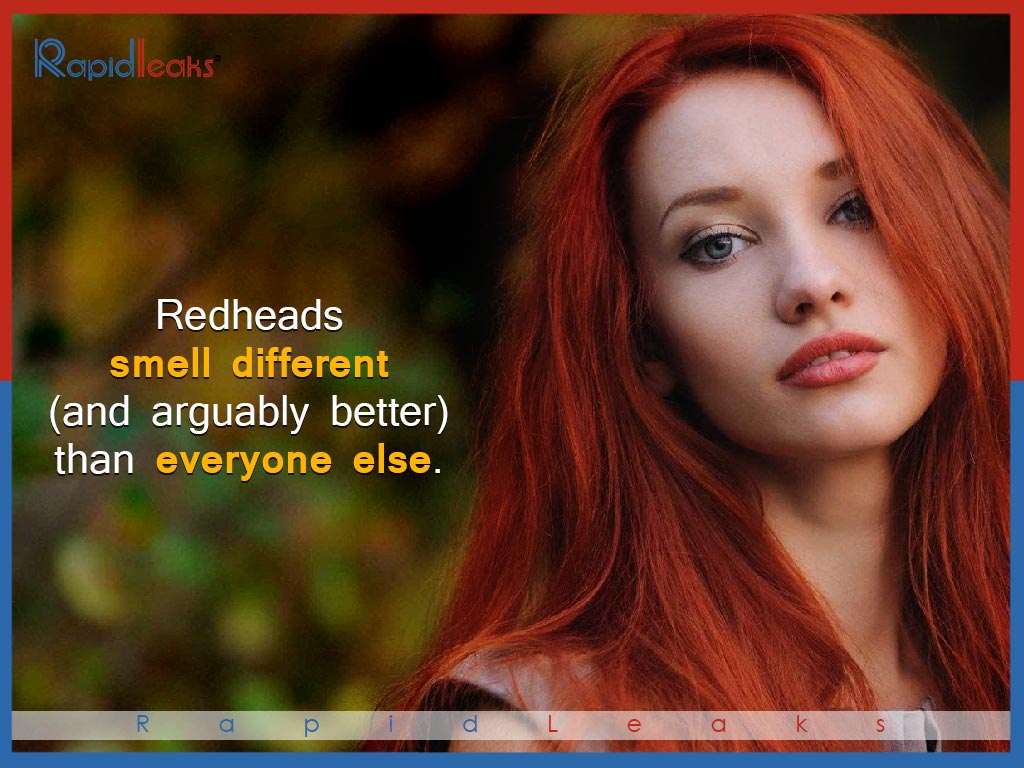 10. Given that red hair doesn’t adapt to warm climes, the gene could – at some point – become extinct. 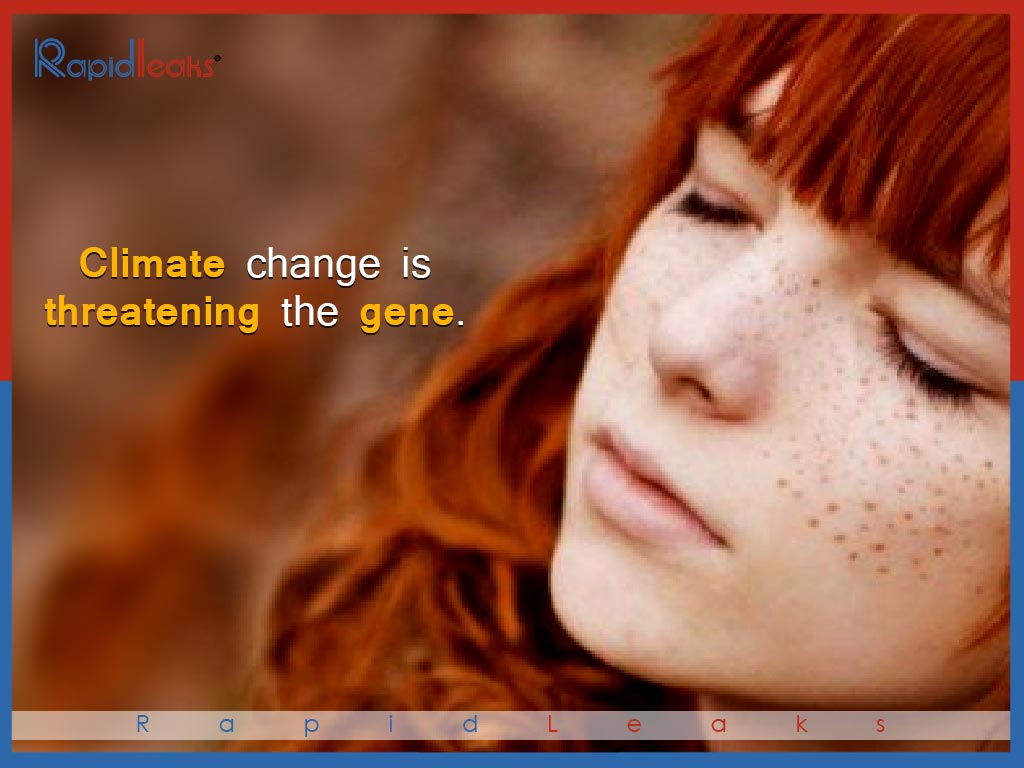 With these 10 redhead facts, one can certainly say, redheads, are the unicorn of this world.