5 Nazi Human Experiments That Will Shock You To Death!

Nazis, the word itself sends a shiver down one’s spine. Apart from the fact that Nazis were inflicting evils on the world, their doctors and scientists were doing far more horrifying than the world witnessed.

It is reported that there were 30 Nazi human experiments performed on concentration camp prisoners and most of them were frightening that even reading about them will make your hair stand on end. Behind the closed doors, those doctors and scientists donned the soul of Satan because that is what it would take to do such disturbing experiments on human subjects.

The results of those experiments were disability, mutilation,  an unimaginable pain and death.

Here Are The 5 Most Shocking And Evil Experiments Done By Nazi:

Apparently, the infamous German Schutzstaffel officer and physician in Auschwitz concentration camp during World War II, Dr. Josef Mengele was desperate to learn the secrets of multiple births. So he experimented on twins to find a way that would have quickly multiplied the German race.

He performed his tests on the camp prisoners in which he experimented on more than 1,000 pairs of twins. Less than 200 pairs survived those tests and in the end when those 200 were of no more use to him he killed them injecting chloroform straight to their heart.

Dr. Kurt Heissmeyer who was a  Nazi SS physician wanted to know if some people had a natural immunity to tuberculosis so that he can develop a vaccine.

To know if his hypothesis was true or not he injected the tuberculosis bacteria directly into the lungs and blood streams of his subjects at Neuengamme concentration camp. He failed in his experiment and was responsible for the deaths of more than 200 people.

The Nazis wanted to find out if the joints and limbs of a person can be removed and transplanted into someone else. They experiment on many camp prisoners but every attempt to transplant a limb or joint was a failure.

Many of them lost their lives, many were mutilated and all of them were exposed to excruciating pain. They also removed the section of bone, muscles, and nerves in the attempt to regenerate those body parts but the result was fruitless.

During World War 2, Doctor Hans Eppinger tried to make seawater drinkable but failed. He performed tests on 90 prisoners of Dachau concentration camp by forcing them to drink only seawater.

He deprived them of all food and fresh water leaving the sea water as their only source of fluids. The victims suffered from severe dehydration and some witnesses reported that they were seen licking the freshly mopped floor just to get a small amount of fresh water. 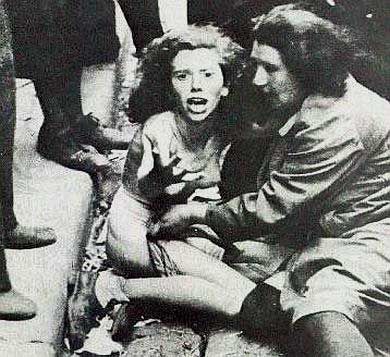 Around 300 women were strapped down and taunted mercilessly in the process. He inseminated those women with animal sperm to create a monster inside of them.

With Inputs From Wikipedia.