Ladies and girls, young women and beautiful women- behold! Take control of your life. This is your one chance to prove and show the world the best that you have got. You are the softer, more vivacious and trendier of the gender. So, why bother, simply go for it, will you?

The above is not a statement of urgency deliberately published to inspire women to put up a show or something of that sort. But it does appear as if a leaflet promoted to push forth a brand’s case is auguring women to put on some make-up and make their presence felt.  Be mindful, the above may even border on a feminine punchline of sorts.

Here’s a thought. Doesn’t it appear that the above is simply the underlying sentiment of the times we are living in, where whether out of one’s own compulsion or out of the peer pressure, one often bows out and does things that may or may not seem applicable to one’s own personality?

Here are some everyday relatable examples.

Ever seen elderly women, presumably in their attempt to look young in baggy jeans? Ever hung out with office colleagues that wear a tad bit too much of a make-up? Heard your mum consoling her friend, complaining on the phone about her daughter’s incessantly notorious habit of wearing jewellery on every possible occasion?

One often finds women doing a bit too much on some occasions. There’s often a lack of restraint.

What you read right in the beginning seems to have come across as the general under-current from a popular culture-inspired age, as if this age is sort of asking women to go out there and put up a show.

Agreed, being dressed spectacularly is a nice sparkly way of announcing oneself. What’s also justifiable and understandable is to be amid a cosmetic beauty layer on some occasions. But when you overdo things, it neither reflects well on you or on those in whose company you hang out. Not that it hurts people, it simply makes you a laughing stock of sorts.

And just who would ever want to be somebody like that, isn’t it?

Now that we’ve concurred- if at all- that putting tons of cosmetic makeup is never good for the skin or the general well-being, what are the signs that one can note in order to eschew the strange habit?

Check these simple steps that indicate that you’re into putting too much of a make-up:

See if everything is standing out or not

One of the steps of make-up, at least from a conservative perspective is to note that not every individual attribute in beautifying should stand out. And if it does, then well, it clearly means that you are putting too much on. Aren’t you?

So the question remains. What can you do in order to ensure that something like that doesn’t happen? Ensure that only one feature among the all-encompassing make-up aspect stands out.

As an example, take the eyes.

Is there a Tan-Line between your Jaw and Neck

So this is believably a pet peeve that most young girls around the world follow. Well, to be precise, girls that pay a heed to not overdoing it. And just how do they actually manage this? Well, there’s but a simple rule. They make sure that the foundation they apply matches the skin tone perfectly. If there’s a contrast then well, it lays exposed the scope for make-up overly done.

How clean are your fingers, after all? The fingers are often the culprit, being excessively involved in putting too many colours after all, whether it is the foundation, the lip-colour, the nail paint and all that. Cleaner fingers, after all, ensure that you haven’t overdone your make-up.

A big ‘Red Flag’ in the teeth

So this is a relatively simpler one. You cannot afford to have tons and tons of lipstick stuck on to your teeth. And it’s a serious red flag for every girl or lady out there. Most overdo it and end up sharing avidly the lipstick with the teeth when it isn’t to be consumed in fact. Isn’t it?

Always a nice idea to carry a baby-mirror in your clutch or purse in order to safeguard yourself from this ill-fated habit. Doesn’t look too cool on you.

Do you stay averse to Natural light

Ten out of ten, okay, hang on, let’s take a conservative number, nine out of ten women indulge in the old-habit of doing the make-up under bright lights; the usual spot in this regard is often marked by bright scintillating lights. Most women, once they have put the make-up on, do not even care to check how the face appears under the natural sunlight. That’s actually always a good teller. It can tell the clear-cut difference between overdoing it and keeping it restrained or sober, so to speak. 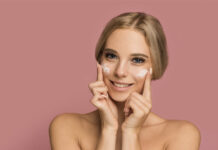 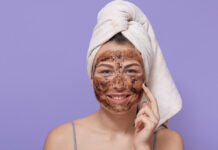 How To Exfoliate Skin: Your Cheat Sheet For Well-Exfoliated Skin 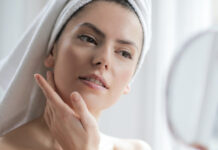 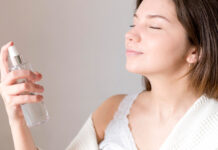 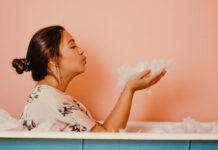 8 Of The Best Body Wash For Women In Indian Market 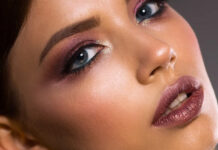 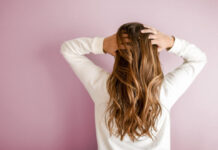 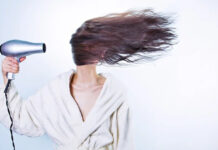 How to Blow Dry Hair Properly – Tips For Beautiful Hair