Home India What will happen to Wing Commander Abhinandan now? 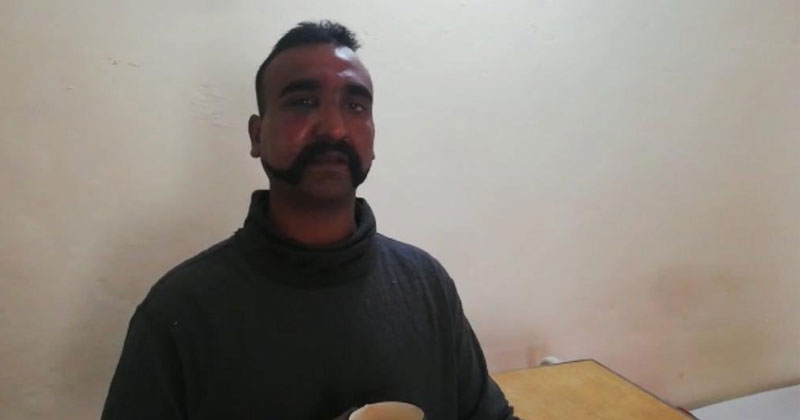 “Why do wars happen; what good do they ultimately serve?”

Do we have time for all of this right now?

There’s always a ‘right’ time to question the possibility and realities associated with wars, on humanitarian grounds. But then, maybe it’s time to cut everything out and focus where our attention is due.

What do you think is going to happen? Can Pakistan adhere to international human rights procedures and release India’s daring fighter pilot?

In case some of us may have missed an event that’s spiraled into being a social media sensation at the moment, here’s what happened.

Pakistan claimed as on February 27, 2019 that it had shot down two aircrafts of the Indian Air Force. From this occurrence, Wing Commander Abhinandan Varthaman was captured by the armed forces of Pakistan.

And since then, we’ve seen, bombardments of public opinion, even diatribes surrounding a question that holds paramount importance, at this point in time:

Will Wing Commander Abhinandan Varthaman be released; and if yes, then when can one expect his safe release from the so-called tyrannical clutches of Pakistan?

This isn’t just a question; it’s a genuine concern for India. And it’s not too hard to understand why.

But hey, before we express our takes, it’s time to understand a father’s plight.

“Thank you my friends for your concern and wishes. I thank God for his blessings, Abhi is alive, not injured, sound in mind, just look at the way he talked so bravely… a true soldier… we are proud of him. I am sure all your hands and blessings are on his head, prayers for his safe return, I pray that he does not get tortured, and comes home safe and sound in body and mind. Thank you all for being with us in this hour of need. We draw our strengths from your support and energy.”

Lessons needn’t be reminded and tutorials needn’t be given on how opponents, despite the obvious enmity on either side have held respect for one other.

During the peak of the Second World War, the redoubtable Sir Winston Churchill had cried to the House of Commons, “May I dare say, across the havoc of war, we have a very skillful and daring opponent. And a damn good general.”

Those who’ve been fans of the term chivalry, admired the panache generals carry, and above all, any curious reader of the Second World War would know that the great Churchill was referring to perhaps a man who can be called the Last Knight of Germany: Field Marshal Erwin Rommel.

A pain in the neck of the Allied Forces, Rommel’s exemplary leadership during the North Africa campaign earned him the sobriquet, “The Desert Fox,” Hitler, strategic hegemony in the sandy deserts of North Africa, and ultimately, England and the United States of America, an unforgettable enemy.

Now, what stood out from the episode- lest we forget the obvious that existed between Rommel, who, as alleged never killed a Jew or presided over the fate of a harmless captive soldier (and there were hundreds of thousands who Rommel’s Afrikacorps held during June 1940- May 43) and Churchill, who complimented the German using quintessential flair and talent- was chivalry.

This mutual admiration highlighted the ethos that separates a solider- a soul who puts his life on the line in the defense of his country- from the politician or diplomat or policy-maker.

Otherwise, why on earth would a solider carry arsenal, dollops of courage, and unflinching love for his country without engaging in disruption when he certainly can?

In an age where the term conscience is constantly being tampered with, how can one possibly forget that whether it was the Herrlingen-born or the iconic Sam Manekshaw, arguably, India’s greatest Field Marshal, the lone excuse for the existence of a solider is to carry out the order of his superiors; the rest, including politics, is none of his business?

In that regard, it ought to be understood whether Pakistan Army would do anything inconceivable to Wing Commander Abhinandan? Why should they? What’s the logic behind it? Agreed, that ill-tempered acts that nine on ten occasions lead to needless baying of the blood lead to nothing, despite knowing well that there’s barbarism involved when relations sour to an extent as have India and Pakistan’s, it would be foolish to expect Pakistan to cause harm to India’s brave son.

This is also because of the simple reason that the Geneva Convention among the several human rights concerns will stand in Pakistan’s way of going berserk, considering it does.

Having said that, let us pray and hope for a safe return of Wing Commander Abhinandan, whose bravery warrants a boundless surge of ‘Abhinandan from all of us in India!”

That said, how many would’ve kept the composure and calm despite being in enemy’s hands, let’s not forget swallowing important documents so that they don’t get out of his hold before his capture?