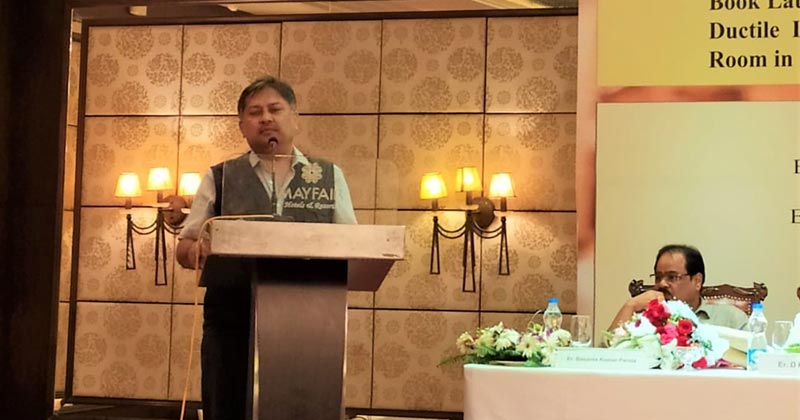 If this world is a stage, and all the men and women are players, then it is the author of our story who plays the role of God.

Think about it for a moment, it is he, the author who knows what happens next, every time. It is the author who deftly makes the scenes play out in our imagination through his words. He makes us visualise all that is happening in the story, go through the emotions and actually feel for the characters. And we, the readers, are so engrossed in the story and its myriad characters that we forget to appreciate the real artist, the author himself.

Only a few authors have the ability to touch our lives, open our minds and make us feel the emotions in every word that they write. One such gifted author is Sabarna Roy, a trained Civil Engineer by profession and an accomplished author by choice, who has penned 6 critically acclaimed bestsellers over the last few years.

Sabarna Roy is a rare talent and his literary fictional works include six books – Pentacles; Frosted Glass; Abyss; Winter Poems; Random Subterranean Mosaic: 2012 – 2018, and Etchings of the First Quarter of 2020.

If one had to point out the most important factor that has contributed towards establishing Sabarna as a bestselling author, it must be his uncanny ability to look through the human mind with all its frailties. The unconventional way he showcases human behaviour in each of his stories and poems is what attracts and retains the attention of his readers.

Sabarna’s readers tend to find his works quite compelling simply because of the human reality that he so honestly portrays. His characters are all human with common flaws like greed, benevolence, love, lust and betrayal.

Right from his first book, Pentacles, Sabarna has proven his ability to explore the darker sides of the human mind. His later works also explore this darkness but with innovative themes and characters. With no obvious heroes or villains, Sabarna’s characters are devoid of stereotypes and as close to reality as possible. The kind of plots that he weaves in his books seem like real life stories and that is what binds the reader.

While Sabarna was always aware of his love and flair for writing, he took it up professionally only after having spent 19 years in the corporate sector. He passed out with a First Class Honours Civil Engineering Degree from Jadavpur University in 1988. He is presently working as Senior Vice President and is in the 25th year of his employment with Electrosteel Group where he is engaged in giving leadership to Business Development, Applications Technology and certain key strategies at Electrosteel Group.

Sabarna has also authored a technical book, titled: Articles on Ductile Iron Pipelines and Framework Agreement Contracting Methodology published by Scholars’ Press in European Union with two of his Co-authors. This book has been translated into 8 major European languages and is considered a must-read by the industry people.

He regularly visits national and international conferences to talk on various matters concerning ecology and environment. He is a firm believer in the Paris Climate Accord and believes in lowering the Carbon Footprint in the industry to reverse the climate change effects on the planet.

With so much happening on his work front, Sabarna still manages to write and wow his readers. We can’t help but look forward to the next book from an author that India needs to celebrate.