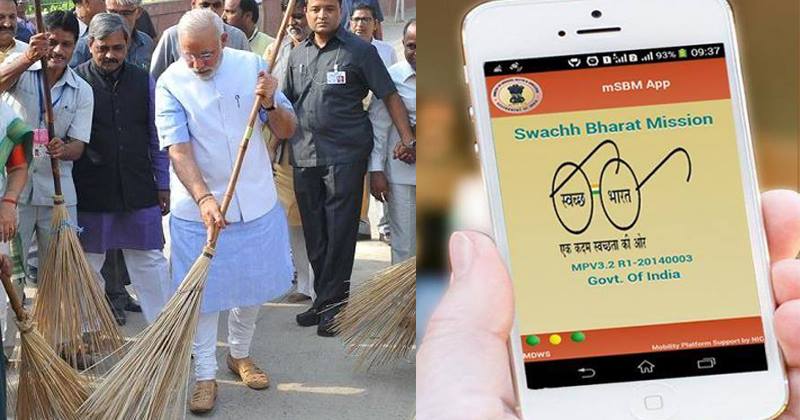 Central Government came with the easiest solution ever for the menace of garbage in your locality. Venkaiah Naidu, the Urban Development Minister launched the Swachhata (Cleanliness) App at a felicitation ceremony for municipal workers for addressing the problems related to civic issues.

This app works easily as all you have to do is to click a picture of overflowing dustbins or garbage dump and post it on the app then it will be get forwarded to the concerned municipal authority automatically and problem solved.

In India, all the urban local bodies have been mapped to this app and this app can be downloaded by anyone on their smartphone to file complaints. Not only that, it will have a fixed time frame for redressing the categories of complaints received through Swachhata App.

If the complaint is about sweeping, garbage dumps and overflowing dustbins, it will be  addressed within 12 hours. Other than that the complaint regarding electricity in public toilets, blockages or Lack of water supply will also be fixed within 12 hours of lodging of a complaint and the removal of a dead animal lying on the road will be done within 48 hours.

This app comes under the Narendra Modi‘s flagship Swachh Bharat Mission and its objective is the  faster redressal of complaints. This app will use geolocation to pinpoint the exact location and after you file a complaint, you will get the regular updates on that. They are also providing a feedback feature in the app.

A pan-India Swachhata helpline number –1969 has also launched by the Urban Development Ministry, where you can call and get all the details about Swachh Bharat Mission and its services.