Politicians have a moral responsibility towards people, however, over the few years, most of them have failed to prove it. On one hand, BJP has just recorded a close victory in both Gujarat and Himachal Pradesh, and on the other hand, one of their representatives in Bengaluru has proved that no political party is untouched with the disease called – Exploitation of power.

In a recent incident that has been recorded on a CCTV camera of a private school in Singanayakanahalli, Bengaluru, a BJP leader identified as Ramakrishnappa brutally assaulted the headmistress. 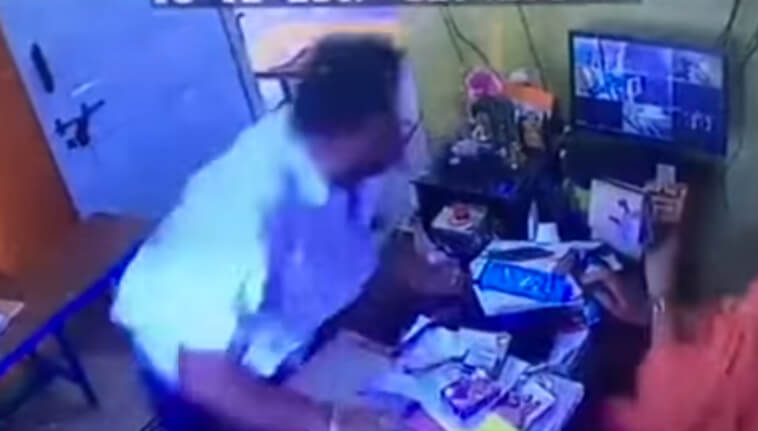 The incident took place on Monday, where Ramakrishnappa can be clearly seen slapping the headmistress. He never stops shouting at her in the entire footage. Later, in his aggression, he again beat her with a cable which looks like a phone charger.

The victim has identified as Asha who is the headmistress of a private kindergarten school. It is reported that she took a loan of Rs. 70,000 from Ramakrishnappa and failed to repay him on time. He went to ask for the money but rather than asking for it, in his rage he started beating her. 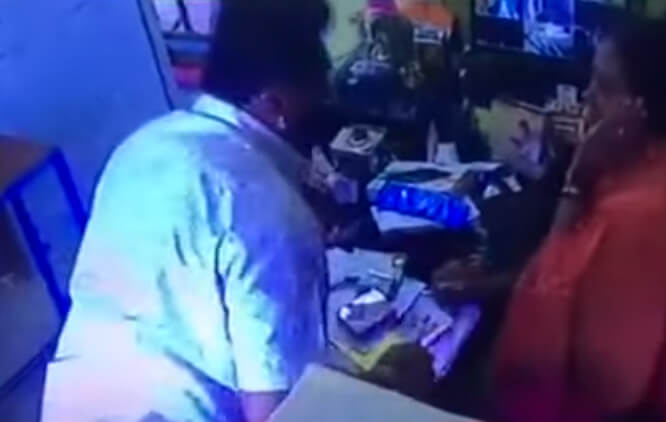 A complaint has been filed against him in Rajanakunte police station. Initially, he fled after which police brought his son, Janardhan; who is also the leader of the Yuva Morcha in Yelahanka, for questioning. The current updates on the case are awaited.

We all know how this gonna end, don’t we? He had his reasons to be angry but battering her so brutally is not justified. Where some politicians donate and help people for the betterment of the society, such incidents make us believe, perhaps nothing can overlap the value of power and money in the world.