Drugs: Sucking The life Out Of India’s Youth Slowly

India, a nation pulsating with lively cheer, vibrant landscape, tradition,  Brilliance, complicated politic, spectacular mix of people, and largest number of young population in the world. Producing best minds in the world and considered as the herald of the great nation, India is strangling/confronting with a serious dilemma at an alarming rate. India’s youth is caught into the vicious circle of drug addiction. 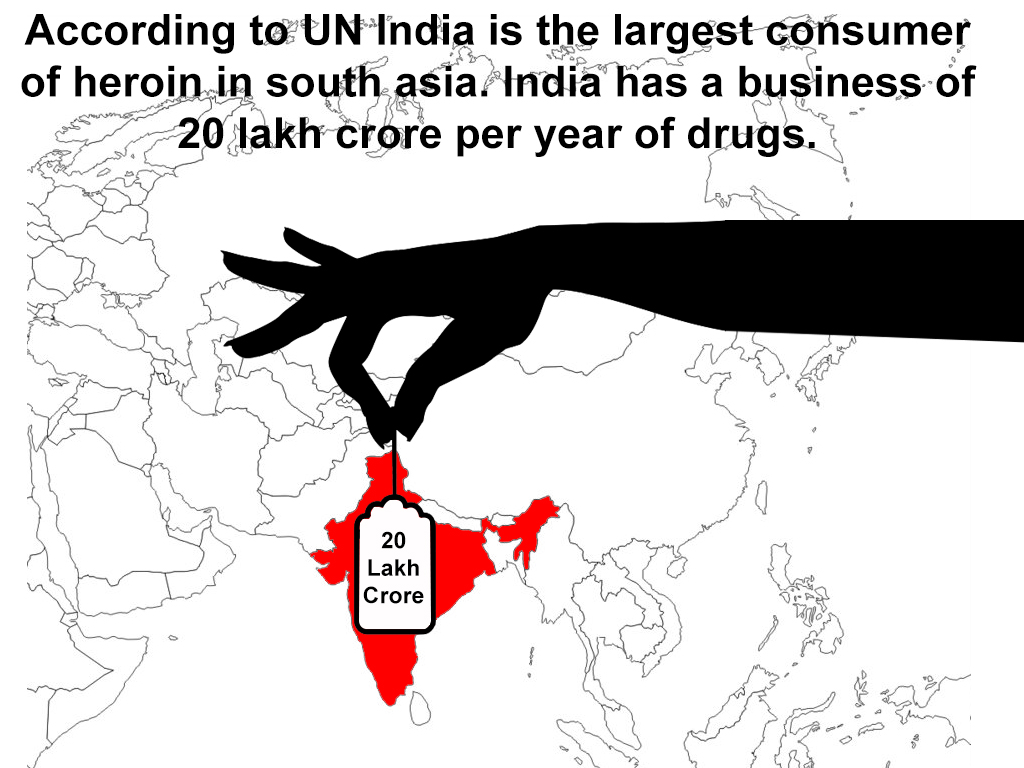 Started as a casual use in tiny circle of lucrative group of youth in metro cities, the number of drug addicts in India is increasing everyday and pervaded all the section of society. According to a Report from UN, one million heroin addicts have been registered from India and unofficially they are approx five million on count. UN states that India is the largest consumer of heroin in South Asia. The hurricane of drugs is destroying the caliber of Indian youth and contaminating the Indian society. Synthetic drugs like cocaine, heroin, methamphetamine and mandrax are consumed more than natural psychotropic substances such as cannabis (ganja) and hashish (charas). According to a recent report published by India’s Ministry of Social Justice Alcohol, cannabis, opium, and heroin are majorly misused in India.

Some facts that shed light on how India is sinking in the cyclone of drugs: 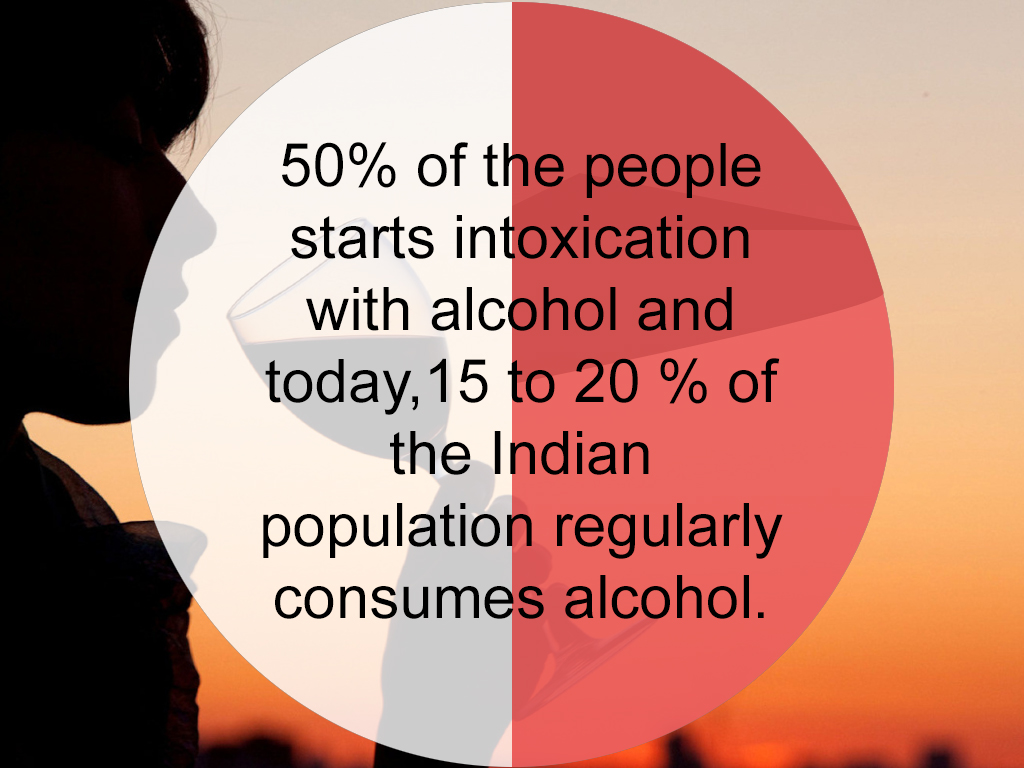 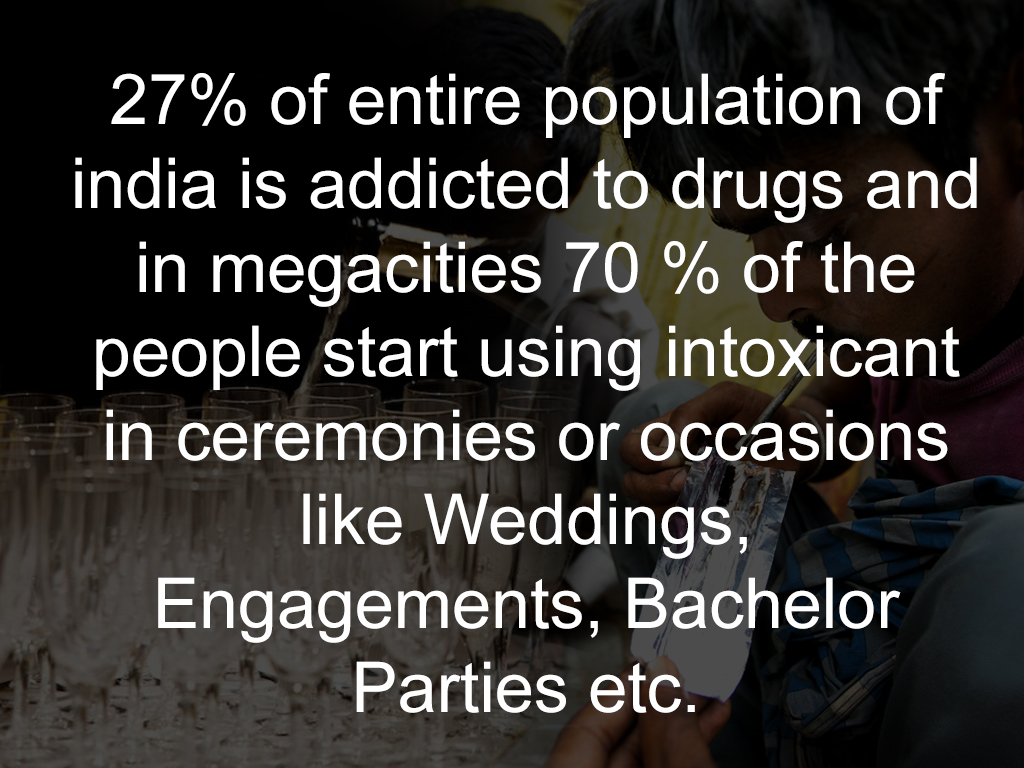 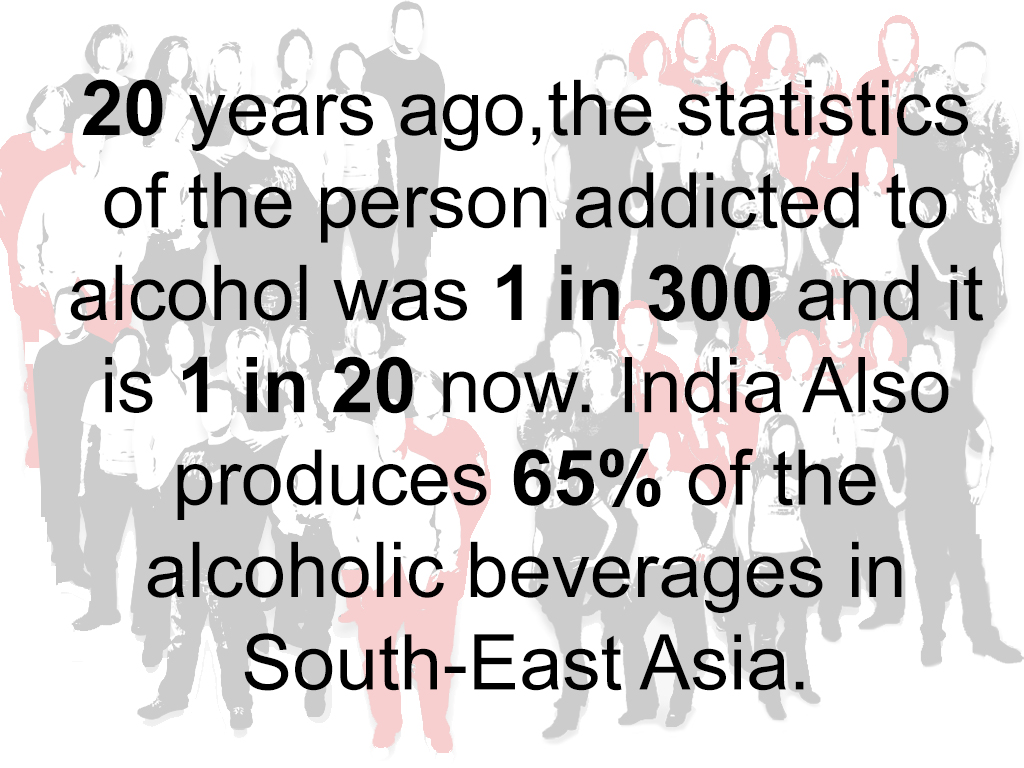 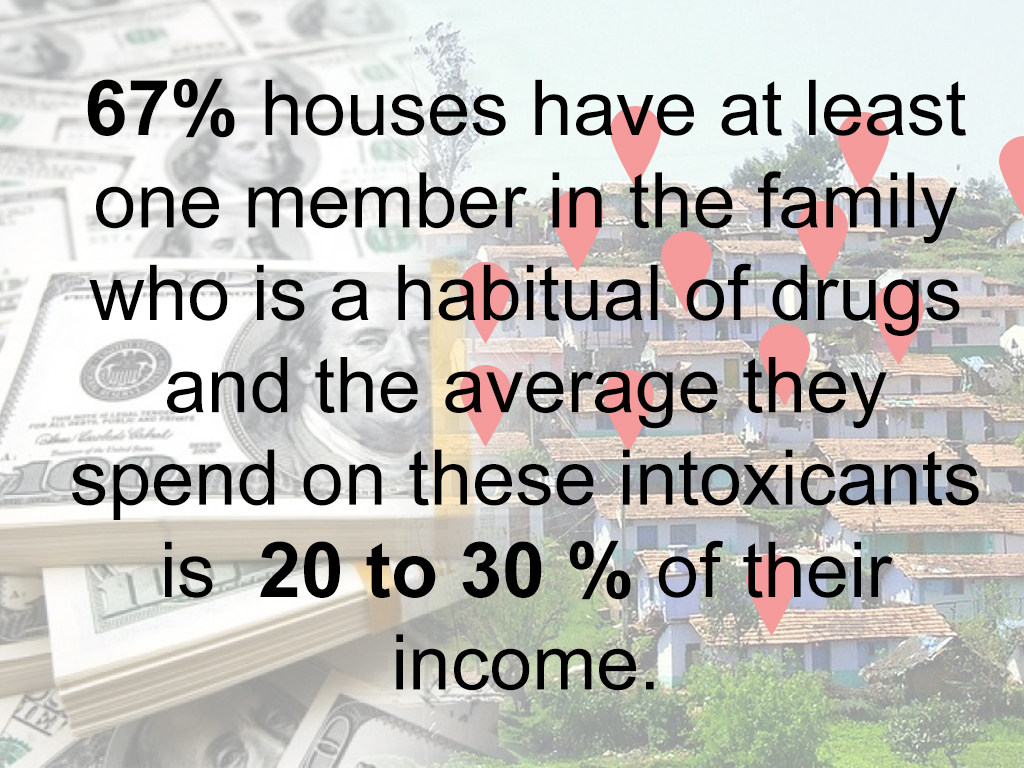 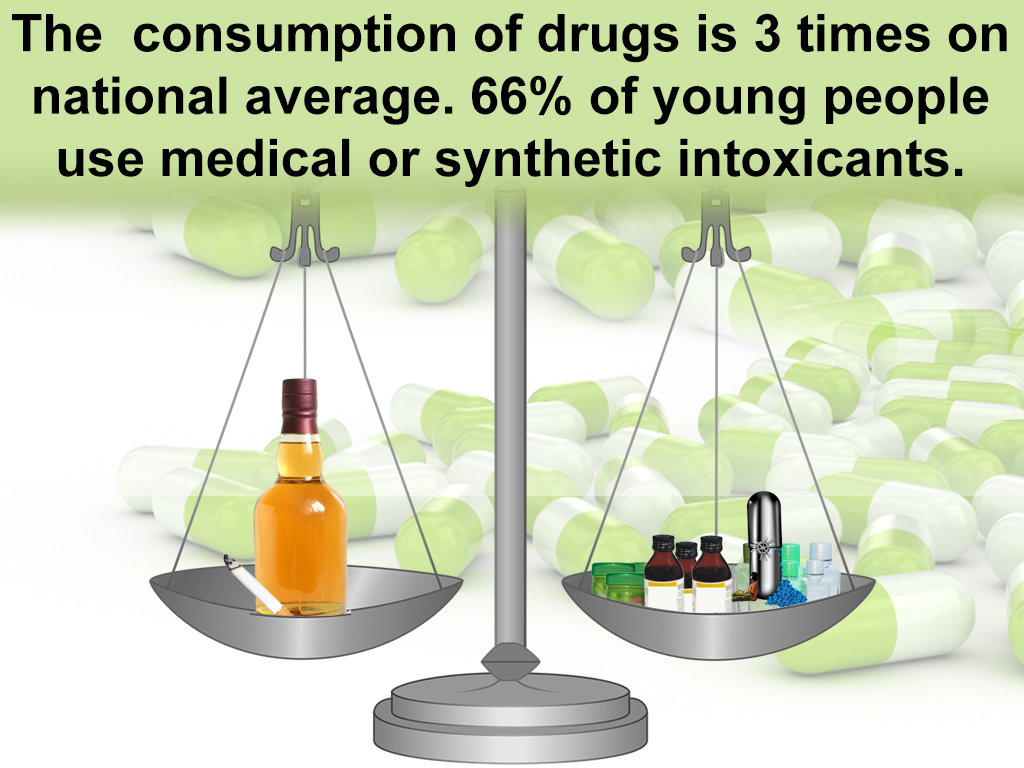 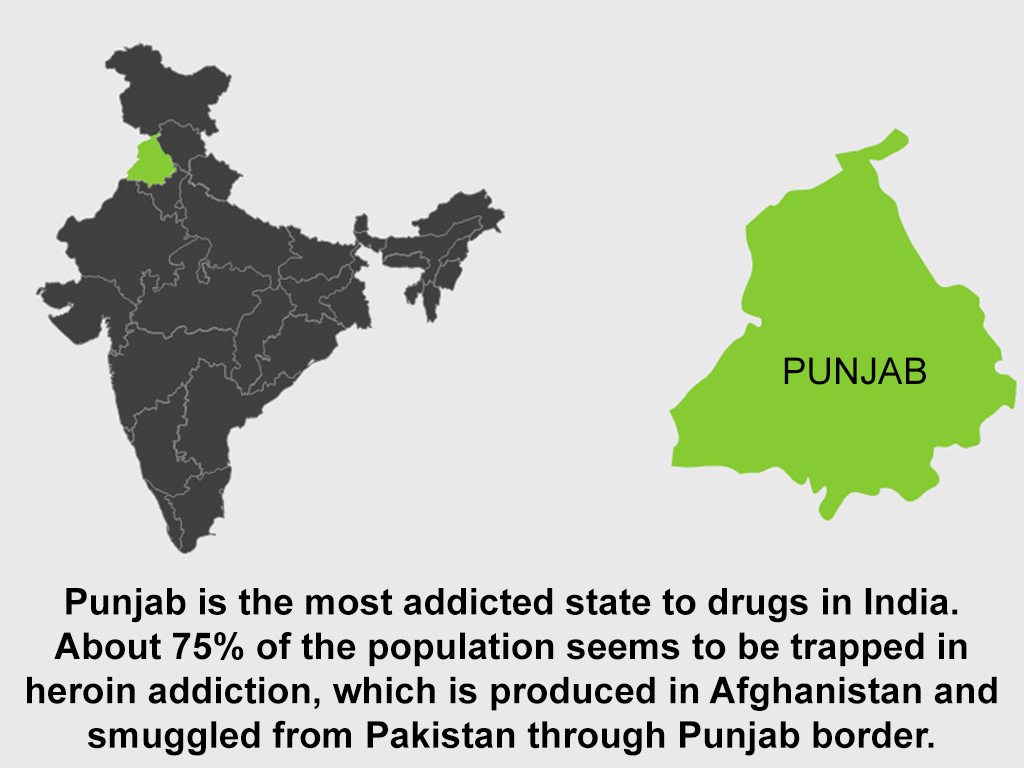 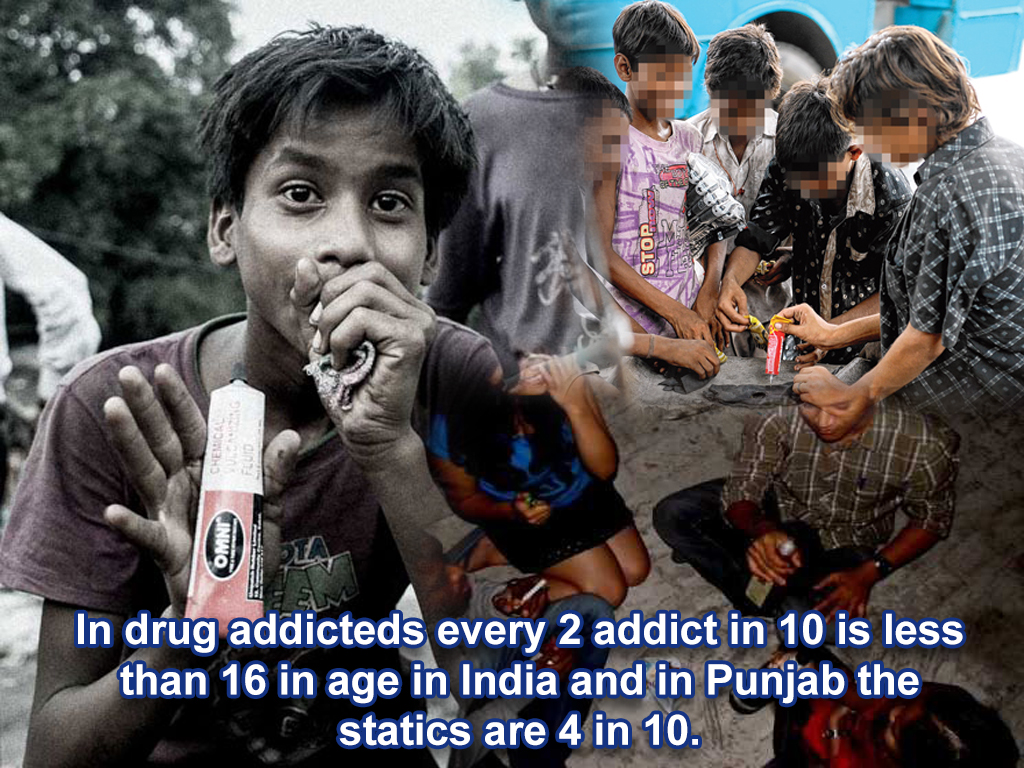 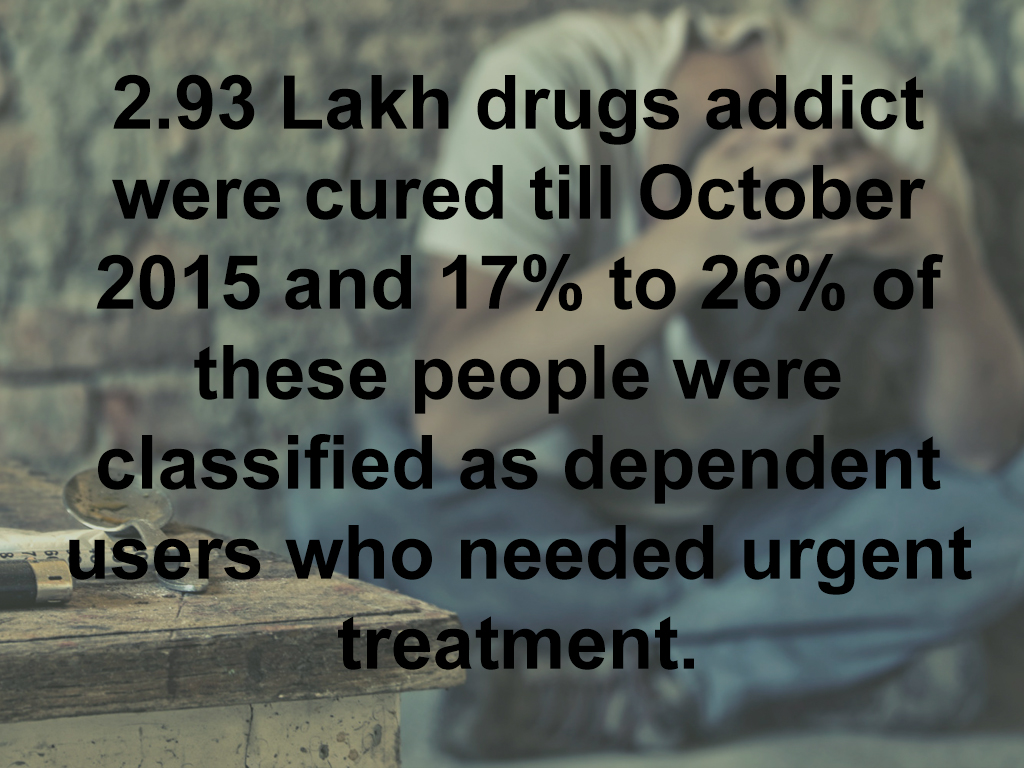 India has 46.3% youth dependency ratio, 21% of the entire population is employed and 27% of entire Indian population is addicted to these Intoxicants. The usage of these deadly intoxicants is becoming a trend. It’s growing as a current obsession in all the sections of society. These drugs stimulate the nervous system of the body, leaving a feeling of energy and improve the physical performance of the body. With an ability to thrill, and energise constant use of  these drugs are capable of causing depression , anxiety, frustration, partial amnesia and many more negative side effects. The damage to the physical, psychological, moral and intellectual growth of the youth is very high and the loss concerning human potential is immeasurable.

Drug addiction is a complicated sensation, which has various biological, social, cultural and economic aspects. Peer pressure, absence of parental love and care in families where both parents are working, adolescent immaturity and fear of failure in life, are some of the reason luring our youth to take drugs and escape the hard realities of life.