Healthcare is of vital concern to all members of a civil society, regardless of economic status or orientation. It particularly gets more importance when the question is that of urban cities where the costs of sutainance are usually high. Consider Delhi with its wide gamut of populations. How important must be accessibility of healthcare to its residents who don’t necessarily belong to Delhi but come from all sorts of places around the country. 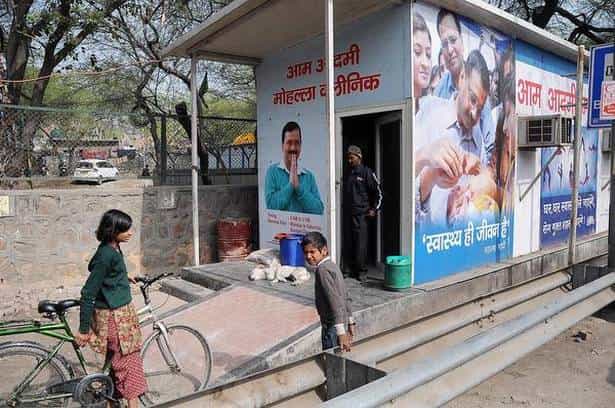 In order to bridge the gap between healthcare facilities and those hailing from struggling backgrounds, when Chief Minister Arvind Kejriwal announced the setting up of mohalla clinics- i.e., mini health clinics in different set ups of the capital city- it was a harbinger of good news for the city-wide residents. Under the flagship healthcare scheme of the Delhi-based Aam Aadmi Party, the move signalled a great step in the right direction.

But what has become of the the mohalla clinics two years since their establishment? Well, truth be told, it isn’t the brightest of things that Delhi can drive home about. According to estimates, as many as forty six mohalla clinics had been set up during the first year of Aam Aadmi Party’s observance of power. All of these are yet to become functional. What this has done is that, the sheer lack of any operation in these clinics have left these structures open to misuse or damage.

There is neither any power connection nor any water connection in of the 51 mohalla clinics set up around Delhi. Out of the 51, only 5 mohalla clinics have been handed over for functioning. The rest are straddling in limbo. In case you are wondering which ones then here’s information on that. Two clinics in Azadpur, one at Nizampur, one in Kirari village and one in Karol Bagh have been handed over to the relevant authorities for getting them in an operational stage. As far as the rest are concerned, one isn’t quite sure about their fate. So typically what becomes of a building or a tiny set up that has been constructed but not yet brought under an operational stage? It’s not too surprising to note that people often hijack the place during nights to spend drinking binges and indulge in recreational drugs. That is exactly what is happening to most of Delhi’s mohalla clinics. The point is, will Arvind Kejriwal wake up from slumber and do something about this?