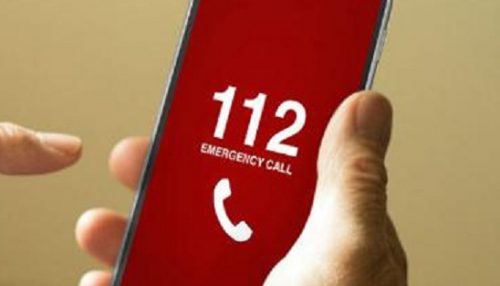 In what comes across as a piece of interesting and enterprising development, the 112 hotline number is to be launched in Delhi soon, in the not so distant future and within a matter of few days.

And in accordance with the new service, something on a really unprecedented scale, the control room will actually turn into something of a modern, sophisticated call centre, equipped with the latest technology that one can expect from a fully-operational facility of its scale.

But up first, why is the 112 hotline number to be launched in Delhi? Well, it appears that similar to several other countries that take a firm stand against the rise and growth of crime, the Delhi Police too, is taking a step in the similar and right direction.

And implicit in the latest development, the Delhi Police has worked its way toward immediate assistance. So what’s on the cards?

Well, it appears that the Delhi Police is all set to launch a ‘single emergency’ helpline number, which will be operational, as reported by the media, in the next few hours.

And its believed that the single emergency helpline number will be 112 but in the place of three numbers that have already been in the place and for quite some time now. And just what are these, if one might ask for a bit of a rewind? 112 is going to replace the famous “100”, 101 and 102 for immediate assistance.

In a lighter vein it must be stated that as a result of this development, an era of sorts is coming to an end. No longer will one reach out to the golden three numerals in the mind that are immediately remembered during some duress or critical situation: 100.

But all of that said, here is an important catch to the above situation.

Even if one ends up dialling 100 or 101 or even 102, then in the words of (a) senior personnel from the police department, the call will still connect to the newly-launched 112.

Now one wonders if 112 will actually be beneficial like the incumbent emergency numbers? To that end, it’s worthwhile to visit the views of Muktesh Chandra (Special Police Commissioner- Operations), “The dial 112 will actually prove to be a boon. Apart from saving a lot of time and money, it will go a long way to serving people.”

But as with every new interesting development, there stands a lasting contribution of some form of technology. So what stands at the heart of the upcoming 112?

To that end, it is useful to know that the software for the service has been developed by the Centre For Development Of Advanced Computing. So how the scenario is all set for a change is that while earlier the calls made to the numbers 100 or 101 or 102 would be recorded at the Police Control Room, located at the Police Headquarters, any calls now made to 112 will immediately get connected to the Police post without any sort of delay.

This is because of an underlying change. All the police vehicles- nowadays- have been equipped with phones to receive messages without any delays.

Also, the new services, are likely to be inaugurated by the Minister of Home Affairs Mr. G Kishan Reddy. So that told, it suffices to say that technology has caught up majorly with one of the lastest judicial institutions in all of India: the Delhi Police.