Home India Bihar Shelter Home rapes, This is what Nitish Kumar have said 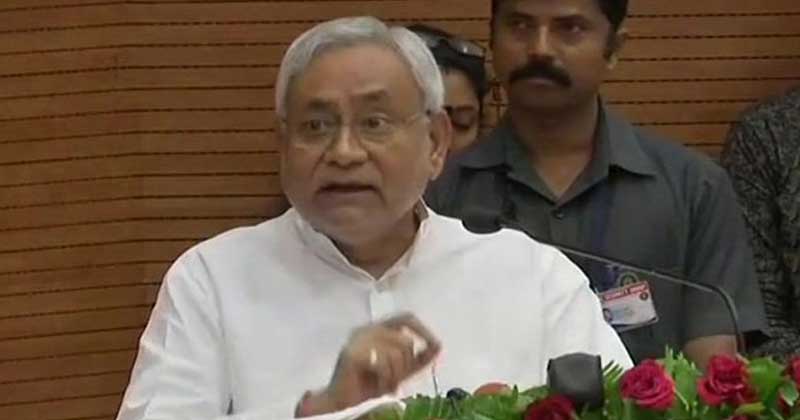 Shelter home! One word, one meaning. No? Yes, probably not actually. Imagine the world out there- out to get you, extreme, like a riddle, tense and angry. It’s cold out there, you may have heard.

Now imagine the world inside the confines of a safe place? Say, a place as safe as a shelter home. The name is- shelter home, the meaning is quite simple. The poor, the downtrodden, those with no place to go are meant to be in there.

It’s meant to be safe. It’s meant to guard insecure lives; lives that lack hope. But is a shelter home in India really that safe?

In a news that has led to some rather tense eyebrows and upset hearts, it’s confirmed that there are many shelter homes in the state of Bihar that are reportedly engaged in rape.

For a country like India that proudly upholds the dignity of the country, calling it a ‘motherland’ and claims to render support to feminist causes, there can not be a bigger irony than that.

Expressing his disconsolation and utter disgust at learning of rapes being committed in a shelter home in his state of Bihar, CM Nitish Kumar was shocked and rightly lacked apathy for those who engaged in this torrid disaster.

Finally breaking his silence on the case of rape in Bihar’s shelter homes, the chief minister said the act was ‘shameful.’

That said, one wonders why on earth did the CM not spare a word or two before? The news emanating from Bihar comes under a fortnight from the sad news of another shelter home in the neighbouring state of Jharkhand, reported having been involved in the heinous crime of child-trafficking.

This wasn’t the shocking and disparaging truth- let it be known. What was worse is that the said shelter home was actually run, managed and came under the auspices of Mother Teresa’s Missionaries of Charity. This was shocking. This was unexpected and this was probably something none had believed.

What is also shocking is that the current Bihar CM has been accused by his party’s opponents of trying to actually shelter those who are responsible for committing the horrible Bihar shelter home rape incident.

What on earth is happening- does anyone has even a remote idea? Imagine that were to be true for a second, what are the destitute children and hundreds of young lives ought to think?

When is the state, entrusted with keeping you safe and from peril itself responsible for creating some- just where do you go? What lies ahead of you?

Popular new portal NDTV did not spare the Bihar Chief Minister a second and was quick to publish a vital report that said the following:

Under attack on the rape and torture of over 30 girls at a government-run shelter home, Nitish Kumar today broke his silence and described the case as “shameful”, promising strict, uncompromising action.

“What has happened has shamed us. It is a sin. Such cases should not happen again. Those responsible for this should be taught a lesson. There will be no compromise,” the Bihar chief minister said.

If the reports can finally manage to link the dots with the incident, then it may be a real horror. Here’s what is creating a furore.

About 10 people are being singled out for being involved in what is said to be a nexus being corrupt politicians, police, even the administration and some criminals.

Probably, it cannot get any more real or worse than that, can it?

The suspect, in this case, is believed to be a political hegemon known as Brajesh Thakur.

This is what is being believed. Brajesh Thakur runs several non-profits and allegedly has links to Nitish Kumar’s party. While investigation is still mid-way, one doesn’t know whose the real culprit. The only thing worth knowing is that there are innocent lives hanging in limbo.