Every few years, the mobile service providers introduce services that promise much better coverage and internet speeds. It is usually represented as 2G, 3G, the current 4G and upcoming 5G. But what are the Benefits Of 5G Network?

The difference between 5G and 4G

The main difference between the latest 5G and the previous networks LTE (4G) and UMTS (3G) is that the number of mobile towers in an area with the 5G networks will no longer depend as much on the population density as has been the case up to now.

The architecture of the 5th generation mobile network is strongly structured to the requirements of the users on site. A network is set up that allows an extremely large number of devices and people to work with each other at the same time. The users decide that according to their needs at the location. Today’s mobile tower networks consist of classic roof locations and free-standing masts, which provide both the area coverage and the network capacity for a specific area. With 5G, in addition to the roof locations that are still required, the small-cell network architecture, in particular, is being expanded. There will not be a uniform 5G network for everyone, but rather, many individual and virtual, special networks that will be tailored to the respective applications. 5G network is operated on the basis of a common physical infrastructure. Despite all the innovations, the existing locations will also form the basic framework for the 5G network. The existing locations will gradually be equipped with new technology, which will also include an increased connection to the fibre-optic network.

The benefits of the 5g network

One of the biggest benefits of the 5G network is certainly the significantly increased transmission rate. Via 5G, speeds of up to 10 gigabits per second could be achieved, which is more than ten times faster than the current LTE (4G), which offers speeds of up to 225 Mbps. And it is precisely these speeds that make 5G so interesting not only for the consumer but ultimately for the economy.

A few simple benefits of 5G network that will directly impact the internet surfing experience for consumers are:

Whether we talk about autonomous public transport, flight taxis or cars, to get self-driving vehicles onto the streets, fast Internet is important. 5G is the cornerstone for this. Certainly, the individual vehicles do not need this speed, but since the maximum speed is divided among many receivers, more bandwidth is ultimately left for the simple autonomous vehicle.

The individual smart home elements mostly run via the respective WLAN, but the technology is designed to be controlled from other locations. A fast transmission rate has the advantage that the control signal arrives faster at the respective device. And since smart home options are increasingly being used to guard your own home, real-time transmission of recordings or actions is necessary.

Society itself is building more and more on the Internet, using digital assistants, possibilities and options. Since access is constantly increasing, a solid overall bandwidth must be ensured so that everyone continues to have rapid access.

The disadvantages of 5G Network

Everyone is already surrounded by electromagnetic radiation. The new 5G technology could significantly increase the intensity.

Virtual life, including smartphones, has already affected people. If the Internet becomes an even more central part of life with 5G and even more possibilities are based on digitization, this change could have an even greater impact.

Another point that combines advantages, dangers and disadvantages is the possible paralysis of a complete society. The more functions and areas of public and private life are digitally controlled. In a city in which only autonomous vehicles are driving, in which many areas are digitized, the failure of the network can easily be compared to an absolute power failure.

Also Read – New Mobile Phones: These Smartphones Will Appear In 2020

Most technological achievements offer enough reason for euphoria but also serve to openly present disadvantages. Therefore, it is good and important not only to show the benefits of the 5G network but also to highlight the disadvantages and possible dangers. 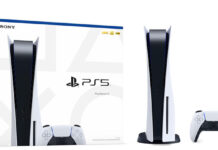