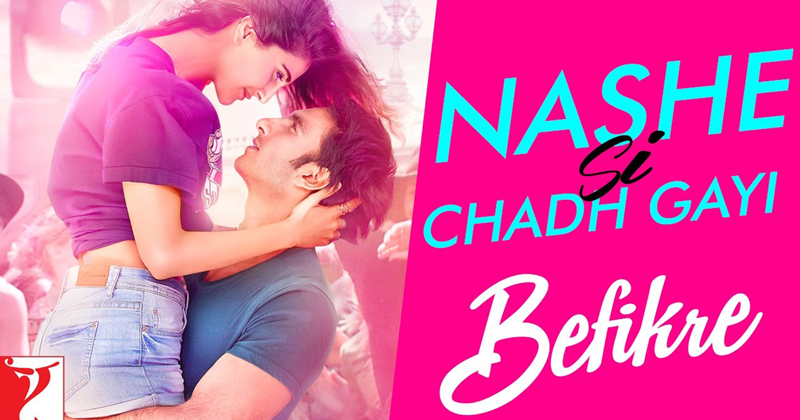 “Nashe Si Chadh Gayi” is as intoxicating as its lyrics. The new song from ‘Befikre’ is just what we hoped from the makers. Ranveer Singh and Vaani Kapoor‘s love journey in Paris is so exciting that all you lovebirds will want to visit the place at least once in your lifetime. Where the tune of “Nashe Si Chadh Gayi” is set in slow and soothing pace, the cinematography gives you a close outlook of life in Paris.

“Nashe Si Chadh Gayi” starts with the french lyrics ( which I have no idea about) and a street dancing fest where Vaani and Ranveer are seducing each other with a kickass dance off ( It reminds me of ‘Jab Tak Hai Jaan’s’ Ishq Shava). Where Ranveer groves at a slow pace ( Which would have been very tough since he is so energetic), Vaani slays with her hot moves in the song ( But I still think Katrina was better in Ishq Shava). The most interesting part of “Nashe Si Chadh Gayi” is that both of them start with tapping their foots on the music and partying but still end up having some steamy kisses that ends with a steamy night in a bedroom (I guess after doing anything in the day they just want to jump into each other at night).

The music is so soporific that it will make you listen “Nashe Si Chadh Gayi” on loop. Sung in the pleasant voice of Arijit Singh, this song will be in your playlist for sure. The music of Vishal and Shekhar gives it a sedative effect and the Indo-Punjabi lyrics by Jaideep Sahni are just the cherry on the top.

‘Befikre‘ is directed by Aditya Chopra and is opening in theaters on 9 December 2016.

The only thing  I want to say is ‘I Just Can’t Wait Till December To See This Movie’.