Home Entertainment Songs ‘Chalti Hai Kya 9 Se 12’ Is Here And We’re Getting Our... 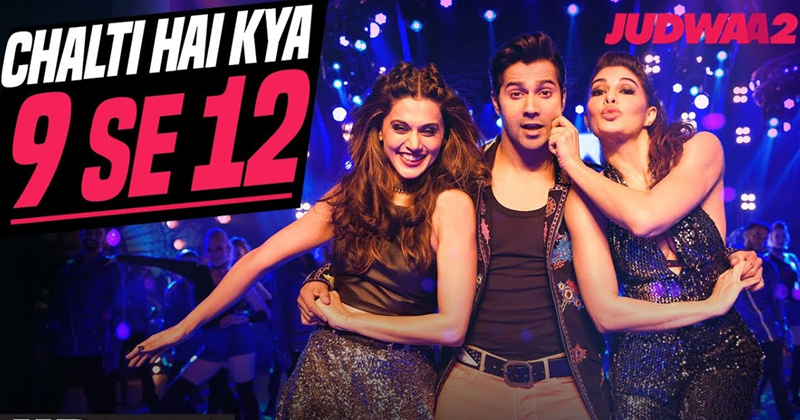 ‘Chalti Hai Kya 9 Se 12’ is the first track from the Original Judwaa revival, Judwaa 2, and it will just put you into the groove.

Even the picturization of ‘Chalti Hai Kya 9 Se 12’ is similar to that of ‘Tan Tana Tan Tan Taara’. From stages to the jails, both the songs have many similarities and it almost feels like Deja Vu, and we’re loving this Deja Vu. However, there’s just one thing that itches us with the new ‘Chalti Hai Kya 9 Se 12’ and it’s the time, we definitely would have loved it more if it was longer than the current version. Makers, are you listening?

The hook steps of both the songs are also same which means you would just have to get back to your childhood days and do that swing on that beat, and you’re good to crack the ‘Chalti Hai Kya 9 Se 12’ formula at parties.

Judwaa 2 is directed by David Dhawan and has been slated to release on 29th September 2017.