A Celebration of the Lizard King who could do anything: Ode to Jim Morrison

“We live, we die and death not ends it.” No Ode to Jim Morrison could ever be complete without touching upon a subject of immense intrigue.

For all that he stood for, for all that he brought to life- whether through poetry and those impassioned sell-out rocks concerts- can he ever be allowed to rest in peace? Rolling Stone paid an ode to Jim Morrison by placing his famous mugshot on its cover supported by a tag-line, “He’s hot, he’s sexy, and he’s dead!” 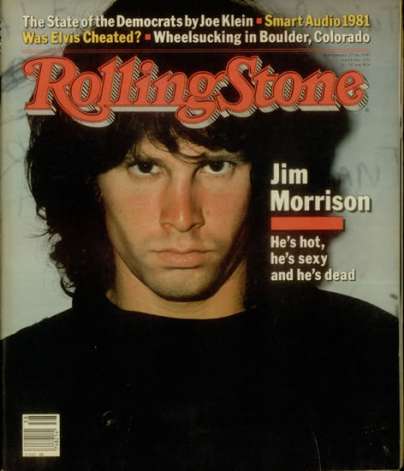 In fact, does it really matter what became of the physical body? Wasn’t his just a conduit meant for the communion of the divine with the mortal?

Since Jim taught that no one could celebrate life unless there’s some reflection on the idea of death, it’s interesting to explore what he really epitomized?

Musicians either fade out or burn away, to borrow a leaf from another great Kurt Cobain’s life. What survives, in the end, is just music.

That doesn’t suck, does it?

Yet at the end of it, all when the ‘music’s over and the lights have been turned off, there are a few among us who remain inebriated by those who birthed the music and lyrics.

Regardless of who we are or what we do, the world we come to inhabit is constricted by some form of strife.

It is precisely here when often the importance of music and seeking a refuge in it escalates, in some cases, rising to another level altogether.

The sixties’ American society was set for a departure from a post-Vietnam war timeline into a chaotic but uncertain future marked by a certain vacuum the political leadership had to fill. America was craving for change.

Industrialization couldn’t alone suffice the expression of the country. Along with films and theatre, music had to help channelize artistic expression. A craving for something different was felt if not vociferously expressed. The youth had revolted against the war amid signs of peace that weren’t merely beautiful on posters or as bumper sticker expressions. Back then, there was no such thing as the Internet. Sports-cars were rare. Music and artistic expression united people. 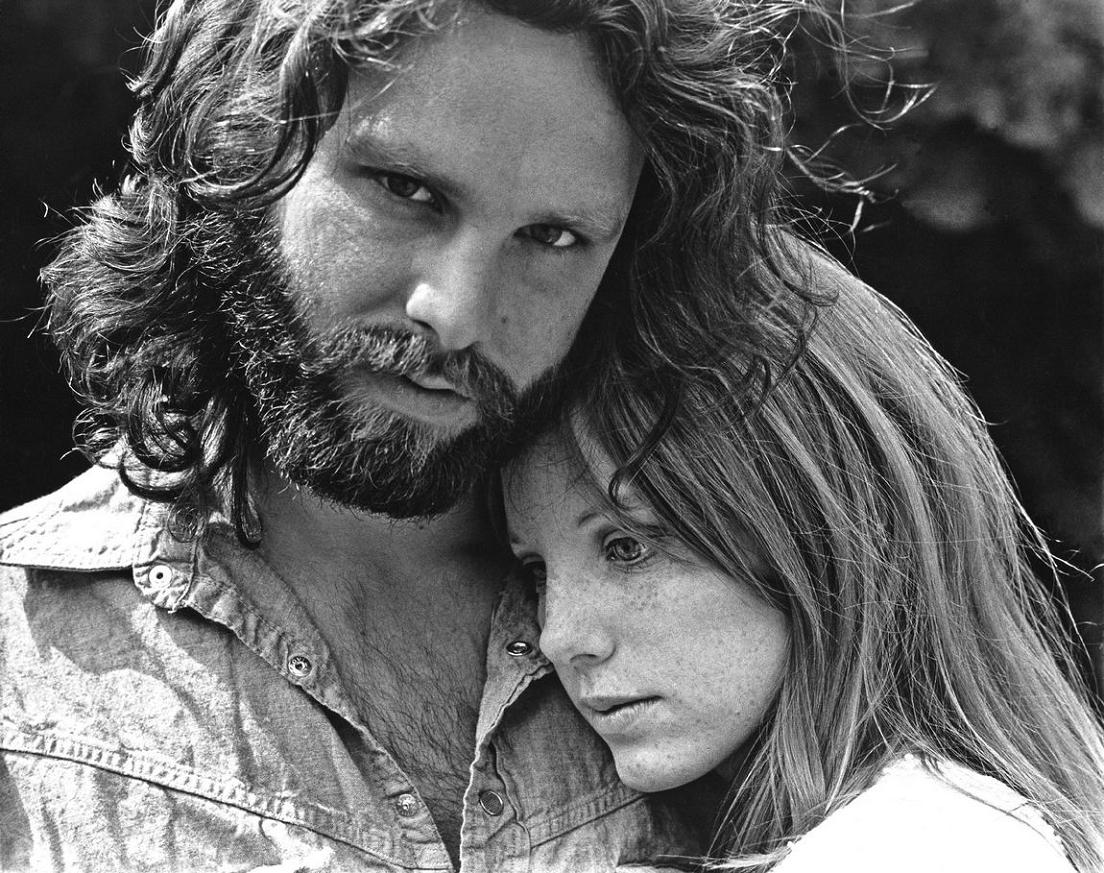 And thus came along The Doors. But they weren’t a band that was going on to sing about girls wearing sunflower in their hair or smoking ganja to tutor a way to derive cheap thrills in life. They were like rum amid a craving for peach iced tea.

The Doors opened the minds of its audience to a subliminal level of human experience. They were about transcendence. They were about love and despair, hope and retribution. They could even make a graveyard jive to their hypnotic, mind-freeing beats. Jim Morisson was its Dionysus and Ray Manzarek, the Apollo. Together, they were shamans who could ignite the earth, bringing the skies closer down below.

Fortunate were those who were around when Morrison’s craft peaked to its finest hour.

In ‘The Doors’ lexicon, it must have been witnessing something like embracing an ‘Hour of Magic.’

It could be likened to a situation where hundreds of thousands of stunned observers- who came to witness a music concert but ended up evidencing some sort of a psychedelic, hypnotic, electric shamanistic movement meets bohemian ‘musicathon’– were left absolutely stunned.

Just like everyone’s life has some concern or the other, Jim Morrison’s too had a few.

He wasn’t restless for the heck of it. He wasn’t a poser. The only thing that was a farce in his life was the word inside the dictionary. He wasn’t acting when he clowned himself in parties, bedded multiple women, or when he intentionally rocked the cradle of Pamela Courson despite being devoted to her, if only when he wasn’t philandering. None of what Jim did in his pursuit of being an absolute hedonist was a put-on. 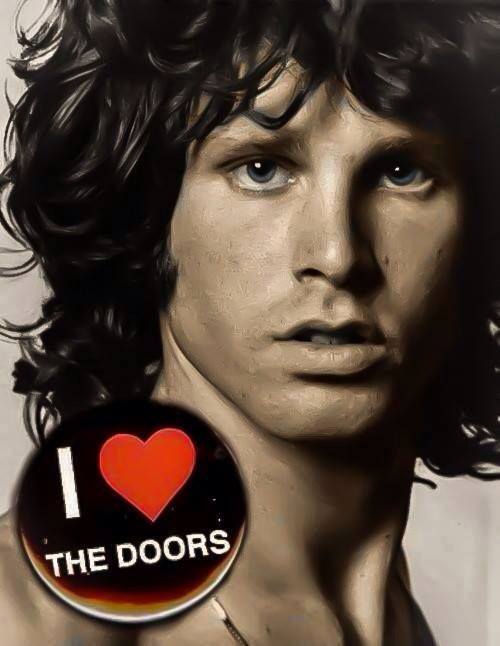 As he put it himself poignantly, “that’s all there was, curiosity!”

His musical resume might have said, “lead singer” of The Doors.

In actuality, however, he was more than that.

He may have presided over some dark lyrics, very philosophical in their edgy, raspy touch but he was also a bit darkly lit from within. Yet, his search for perpetual luminosity didn’t seem to end, even as he sang his greatest ballad on separation, “The End.” 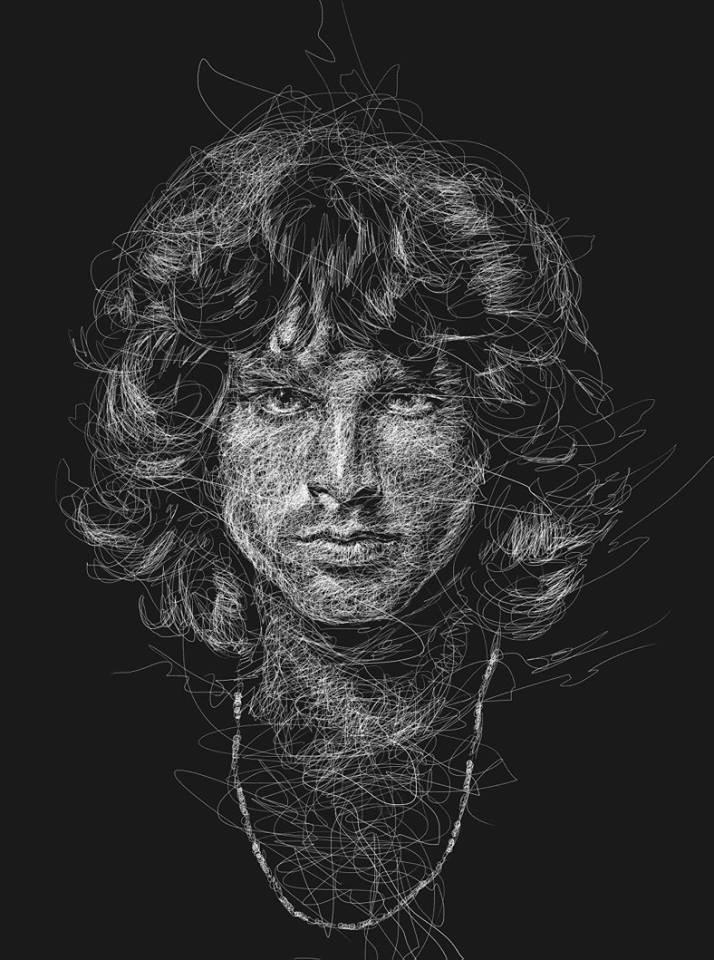 It was as if, the devil in him sought the eternal mystic or saint.

The only way he was going to seek ‘it’ was through music, which, in the end, seemed like an irrepressible discourse. The only manner it seemed possible was through Jim dancing with the ghosts of Red Indians, who he confessed, came out for real on the stage, where every time, their Sufi dancing transformed concerts into a poetry recital slugfest, every bit trippy as one could imagine.

Having said the above, it’s worthwhile to state none of what Jim Morrison achieved- whether it was being a shirtless frontman of America’s number 1 chart-topping sixties band or the dollops of money he blew over his poison of choice- confirms he was a liberated man or the most fulfilled artiste of his time.

As Woody Allen described it in his Midnight In Paris, “That’s the thing about life, it’s a bit unfulfilling.”

Jim Morrison too had a void to fill, a thirst to quench, a mind to expand, something he desired would become universal.

Perhaps it had something to do with him being a seeker. Perhaps a lot of his weaknesses- whether they were women, a desire for mind-expanding drugs, the lust for living life constantly on the edge as if he were this hitchhiker ‘doing time’- stemmed from an inability to cope with the idea of normality.

Yet, implicit in the heart of his incompletable musician, rested a possessed performer. At the same instance of entertaining audiences, whether compelling one to find a ‘Whiskey Bar’, whether sailing on to seek ‘Moonlight Drive’, or lamenting that ‘People are Strange’ Morrison was both: Jim the singer and Jimbo the drunk lunatic who could do anything, for he was the Lizard King!

It’s both ridiculous and contemptuous that it’s often the erraticity of a rock musician’s life that drives his stardom, perhaps not as much as his search for true meaning. There are many worlds you can open when you peek into the alluring world of Jim Morrison. 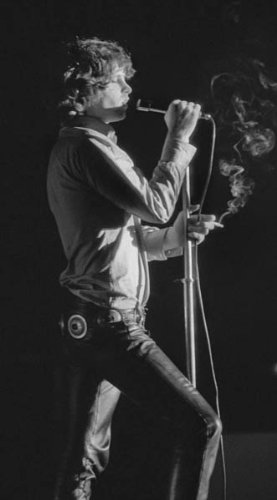 You’ll find a severed garden where what’s been planted are seeds of inspiration that bear the names of Arthur Rimbaud, Howling Wolf, Aldous Huxley. No visitation to Jim Morrison can ever be rendered complete without making time for contemplation on death, the ultimate companion on this journey to life. And it is here where one comes to appreciate the true depths of Jim’s limitless creativity.

Perhaps no artist has come to speak as much on love as he has sided with death.

“Death makes angels of us all and gives us wings where we had shoulders smooth as raven’s claws.”

No musician has spoken on the pain of separation with such vigor as Jim Morrison. Yet, no one also has ever uplifted love to a pedigree of ultimate liberation as the man who often called himself a ‘naughty night bird’.

And, no musician has found as much by probably letting go of himself on the road to excess as Jim Morrison. For it is only by walking on this road that he could’ve found his palace of exile. And yet, it is heartbreaking that when he did eventually realize it was poetry he wanted to write, with enough rock music having already been created, Paris happened to Jim Morrison, a bit like an exile.

To this day, 75 years after Jim visited the planet all for 27 years, one cannot help but fathom, what all might have the world of rock got had Morrison lived, but not often on the edge; not driven by the desire to empty the bottle but by the greed to empty papers, having flown all the ink on them? Imagine what might have happened had Jim treaded a bit slow on his travail for the ‘Roadhouse Blues’? 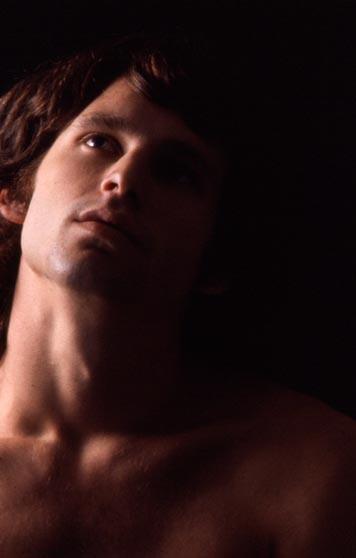 Imagine all the magnetism we would’ve had on our hands to life-transforming ideas, poems, verses had Jim opted to make love to normalcy. Yet, nothing can ever seem, stranger, than to think why on earth would he have ever slowed down? After all, he “woke up one morning and got himself a bear; the future was uncertain and the end was always near?”