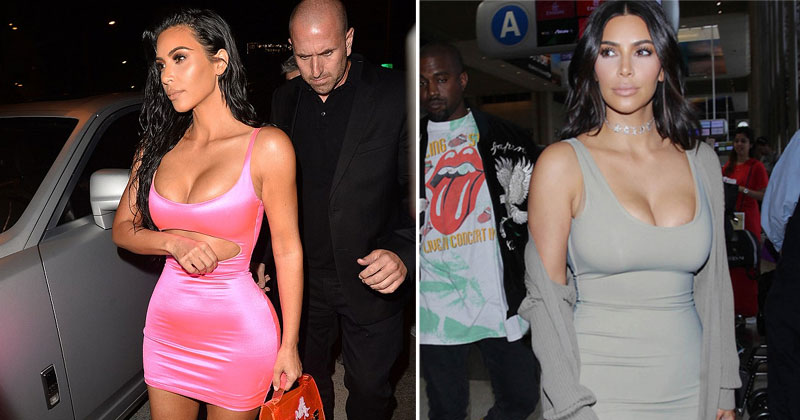 Curvy women set the world on fire. Well, at least, a lot many think so. Curvy women are one of the nicest gifts of God Almighty. Not my line. Rather the confirmed belief of the hundreds and thousands of fashion photographers and paparazzi’s that make a living out of snatching eye-gazing, resplendently beautiful pictures of these divas.

Obviously, the world out there has a lot of curiosity about these women than what they themselves hold. Among them is an enchanting name in the realm of fashion and glamour- Kim Kardashian.

Not your average joe when it comes to being a fashionista. Not simply another hot wire left to cut and unloose either. Her gorgeousness is marked with a distinct dash of style and a stash of flair.

When she dons a swimsuit, you’re compelled to take off yours. Right? When she takes it off and poses for magazines and high-priced fashion tabloids, you’d rather not want the cameras to focus on you. And when she hits the beach, it’s you who feels liquid everywhere. How’s that for an analogy. Nothing great here, it’s but the subject. Few people can be as intriguing as they are beautiful and probably Kim Kardashian is amongst this rare lot.

At a time where she literally owns the social media world, ruling it with glitz and dazzle, there’s been a sudden change of sorts in the physicality of a diva you’d liken to the comfort one seeks in the aroma of a hot spring shower.

So here’s what’s the most interesting talking point in the Kim Kardashian universe- where latex, satin sheets, sex toys, botched up videos, a penchant for materialistic attributes in life such as expensive fragrances, ultra-luxury apartments, flamboyant accessories and cuddly bikinis that attribute a homage to skin-bearing- are but a normal, everyday scenario.

Well, apparently, Kim Kardashian has lost an awful amount of weight. We won’t engage in needless verbatims dedicated to the shallow physicality of the gorgeous woman. But, that told, suffices to say that imagining Kim minus her svelte curves, as are the dramatic rims on the wheels of a sports car could be likened to seeing an elephant without a trunk.

It just doesn’t bloody make sense. Does it?

But there we have it. Perhaps, it seems that the weight-loss bug has bitten Ms Kim Kardashian- not the best fan of Ray Jay, it can be told- at the wrong place. It’s the brain, of course, perhaps, it works too.

And the following are some of the rather dramatic pictures that have, at least in the foreign media been compared to the imagery of a Barbie Doll. Can you dig that?

So when’s Kim going to be back in her customary, oomph-inducing, body-hugging, curvaceous avatar- we don’t know yet. But what can be said, for certain, is that maybe for the times to come, we may see a body built on the painfully-correct, the gym-honed regimen of spending hours and hours together amid mechanical constructs. And whether you like it one bit or not- is not Kim Kardashian’s concern, one bit.