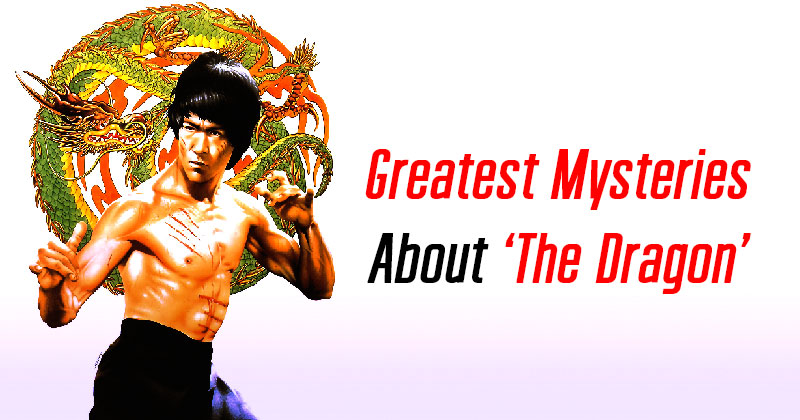 If you put water into a teapot, it becomes the teapot.

“Be water, my friend; keep on moving!”

So said the great Bruce Lee and off he went like the flowing water he had referenced in a heartfelt interaction on American television decades ago. He had iterated that running water never becomes stale; therefore, one must keep moving.

There was a great sense in the suggestion. After all, none can stop the running water. Isn’t it? And none could ever stop Bruce Lee too. In fact, it’s rather interesting to note that Bruce Lee was quite like water himself. He was a man of his own self-conviction.

Bruce Lee was driven from within and moved in heart and mind. And perhaps it was this constant surge to be the best he could possibly be that kept him in the hunt and involved in great achievements.

There are martial artists. There are philosophers. And there are Hollywood actors. Bruce Lee was all of the above, rolled into one. Yet, he despised the idea of being called or referred to as a ‘star.’ He was fire and ice and also the cooling-station as well as the fuel tank that could douse himself into a rage, an energy; a boundless saga of effort to achieve something.

At all times, it seemed, he was up to something. Rather, it appeared, he was up to something great, usually always. In the end, even as he faded away, like a massive clout of energy having sunk into a quicksand of time, all of a sudden, unbeknownst to none, he merely left his physical body. Bruce Lee’s spirit permeates an entire world. It espouses a philosophy of sorts; that is often regarded as being the ‘Way of the Dragon.’

But who really was Bruce Lee? How did he succeed so brilliantly, especially at a time that wasn’t up for accepting an average Oriental man, away from American heartland into becoming a legend that he truly is?

Through his interactions with his fans, his correspondences with his wife, especially during the time of their budding romance and through a treasure trove of heart-warming exchanges with the mainstream media that bring out the best of the ‘Dragon’, there’s gladness that one knows a thing or two about this immensely respectable man.

That said, while Bruce Lee’s life, in itself, is a lesson- a brilliant understudy about man’s drive to sculpt himself into a masterful physical embodiment of completeness of sorts- it’s also courted endless discussions and deep introspections.

How did Bruce Lee achieve the peak physical fitness that he actually did? How on earth was he so fast, akin to a lightning bolt? And what pushed him to the very edge, beyond which possibly one couldn’t go and whether Bruce Lee’s demise had a thing to do with him exploring the other side of that edge?

Questions run abound when you open perhaps the most glorious chapter in the realm of Martial Arts. An incredible feeling of being overwhelmed greets you as you sift through the pages of Bruce Lee’s life, a life devoted to a cause. That he wanted to be the best he could possibly get.

That leaves us wondering and scratching about a few mysteries about Bruce Lee, the ‘Dragon.’

While we may never really find possible answers to these, there’s no harm to open, once again the admirable pages of Bruce Lee’s charismatic life. It’s a life that both divides those who claim to know him and brings together those who may even not know that they hardly know him.

Let’s visit some greatest mysteries about Bruce Lee, the man, the spirit, and the soul

How did Bruce Lee train in both Cha-Cha and Martial Arts at the same time?

Bruce Lee wasn’t a hedonist. He wasn’t in pursuit of luxuries or material pleasures of life. What casts Bruce Lee in a league few would dare to enter was his commitment to training.

Yet there exist conflicting thoughts and facts in regards to his twin pursuits at that time. That he was also a good Cha-Cha dancer is known well and perhaps of the same magnitude as he was a martial artist.

But his mother and family, according to facts, had sent him to the United States to pursue studies. Even a degree in philosophy would follow, thereafter.

During this period while he was 18, hundreds and thousands concur Bruce Lee was back in China and pursuing Cha-Cha. There are pictures of him practising and dancing smilingly to the revered Chinese dance back at home. At the same time, it is alleged he was in the US and studying voraciously.

While none of the above stands incorrect, what surprises one is about the sheer quickness with which Lee might have adapted to both Cha-Cha, besides already cultivating his penchant for Martial Arts.

That he would also complete a proper degree in philosophy surely points to the limitlessness of his potential.

Did he even sleep that well?

As a martial artist, Lee was notorious for practising nearly throughout the day. Those who worked alongside him during Enter the Dragon- a bible of sorts if one’s to understand Lee’s craft- suggest even during a minute-long pause or break, Bruce Lee would begin doing his kicks and get back to practising.

Medical science points to what becomes of the human body in the absence of sufficient rest. We know that in Japan, people die nearly every passing week on account of over-exhaustion at work.

In the end, even the autopsy conducted on Bruce Lee proved his brain had swollen. It was also alleged that it might have happened since Lee had consumed a medicine to cure an acute bout of a headache he was complaining of.

But what if Bruce Lee wasn’t even resting properly and constantly tiring himself out?

What exactly was Bruce Lee’s state of health during his last days?

We will never know this for sure.

How did Bruce Lee actually get to do all that he did?

Michael Jackson wasn’t yet 50 when he died. Yet, he earned multi-million dollar deals, found a way to change even the contours of pop music, and in fact, even gave music-albums the real face-value through his ground-breaking efforts in pop. That was a lot of work for someone who passed away young.

Jim Morrison, who had an IQ of over 140, according to stats, published multiple books on poetry, apart from ramblings in his notebook on philosophy and life’s musings, became a psychedelic rock-god, earned cult fame, did pretty much everything including drugs, overcame sexual molestation as a youngster before having an iconic stint at Woodstock and musical performances at destinations like Germany. Jim died at 27.

Bruce Lee, who passed away at 33, not only became a martial art legend by the time he was merely 27 but re-wrote the record books through spine-bending self-defence and fighting-craft techniques. And that’s not all.

He even managed to constitute his own martial-arts philosophy called, “Jeet Kun Do,” besides emphasizing that the only real way there is to fight is to have ‘no way.’

Did Bruce Lee become too evolved for his own good, hence dying early in the end?

When asked about his greatest fear in life, Bruce said calmly, ‘to have no fear.’ For someone who wasn’t fearful of anyone, but in fact, had several who feared merely the flashing-fast movement of his supple legs and kicks, Bruce was his own limit in the end.

How on earth did this man, of mere flesh and blood, bones and limbs, not only sculpt the body he truly did, initiate a martial arts philosophy, successfully manage to convert an often Oriental-mocking America into being a driven enthusiast for Martial Arts, master ballet and cha-cha, counter his penchant of being involved in gang-fights in China, read up pretty much everything there was on eastern and western philosophy and die all of a sudden?

The more one tries to understand Bruce Lee, the more one realises he is an indefatigable enigma.

Bruce Lee never followed a cult, only to become one in the end and never advocated a particular way of thinking apart from perfecting his own imperfections. So how did he crisscross two divergent cultures and create a movie career? What might have been the challenges he so wonderfully fought?

In fact, it remains to be asked if by going months without rest did Bruce claim his own life?

From a philosophical standpoint, imagine for a second what might have been the state of his mind (and body) in the presence of all the lucid knowledge he so arduously collected?

Was Bruce Lee an example of man’s perfection being too much for his own good in the end? There’s perhaps no greater proof of the above than one of Bruce Lee’s most poignant quotes as follows: