8 Quotes By Meryl Streep That Would Explain You, The Road To Success

Meryl Streep, one of the greatest actors to ever live on this world, turns 68 today. With a huge diversity in her acting career and her unprecedented streak of Oscar nominations, Streep has done that very few actors could achieve in their career.

She has been an inspiration for all who want to mark their presence in the long list of actors that this world has witnessed. She can completely transform herself into the character that she’s playing and this fact didn’t just come around in 2006, when she mastered the character of Miranda Priestly in The Devil Wears Prada, from Sophie’s Choice to even her small, yet powerful, role in Woody Allen’s Manhattan. The woman has no limits and that’s something which inspires every budding actor in this world.

Apart from nailing every single role that Streep plays, she has also done a lot for people around her and for the issues that she wants to solve. Streep has always been one of those few actors who brilliantly use their powers in order to do some good for their society. In 2015, Meryl Streep sent a letter to every member of the Congress which was supporting a proposed amendment to the US constitution to mandate equal rights for women, however, the amendment has not yet passed in the US Congress. Recently she gave a prominent speech while receiving her Golden Globe award. This particular speech went viral and it was for all the right reasons. Streep talked about how America is America because of the people living in it who come from various different backgrounds.

Streep is no longer an actor in the Hollywood, she’s a phenomenon which everyone wants to stand by once and that’s something that very few have achieved in their lifetime. And, one her 68th Birthday, we thought what would be much better than presenting some of the most amazing quotes by the Julie and Julia actor, that would just show you the road to success. 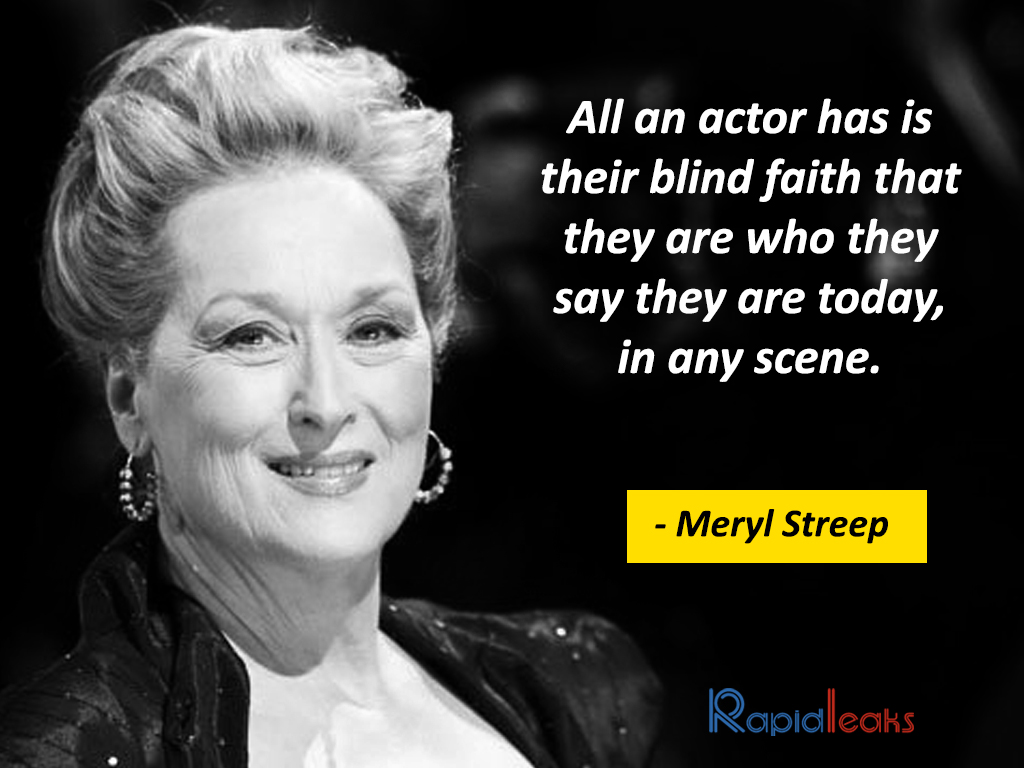 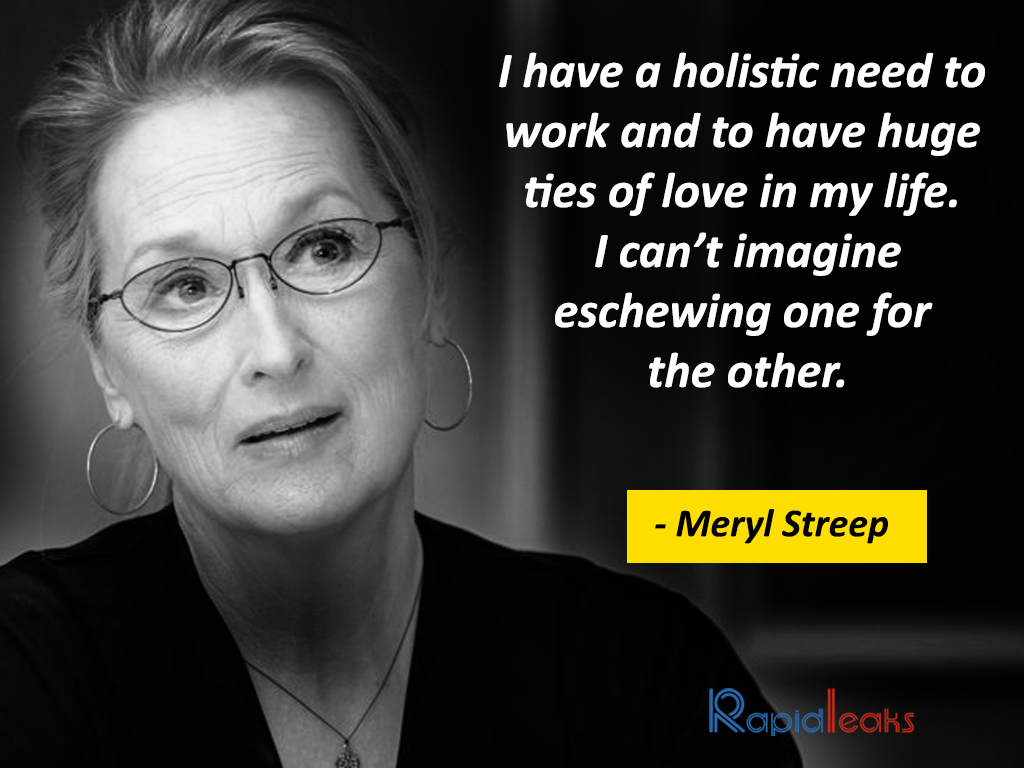 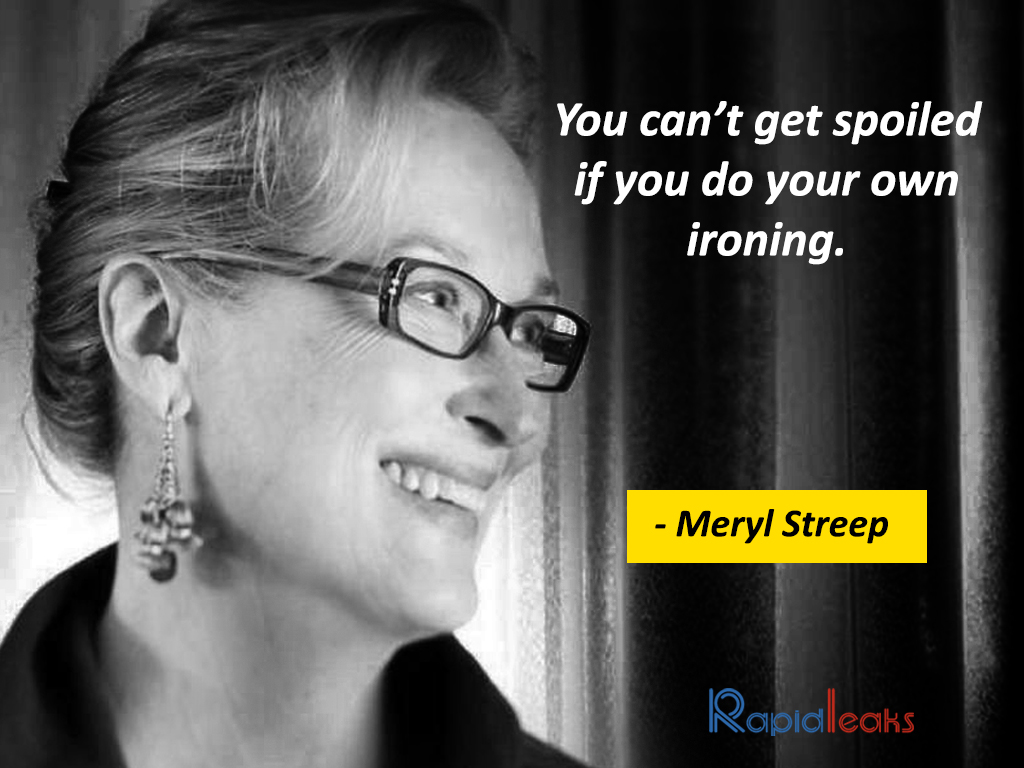 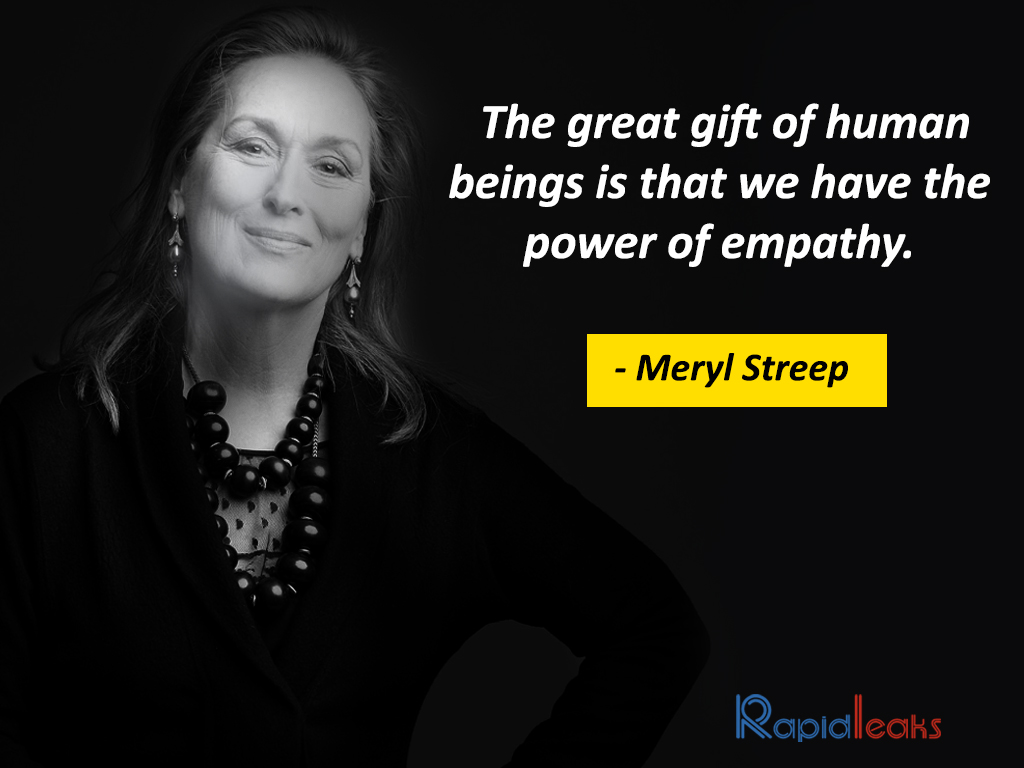 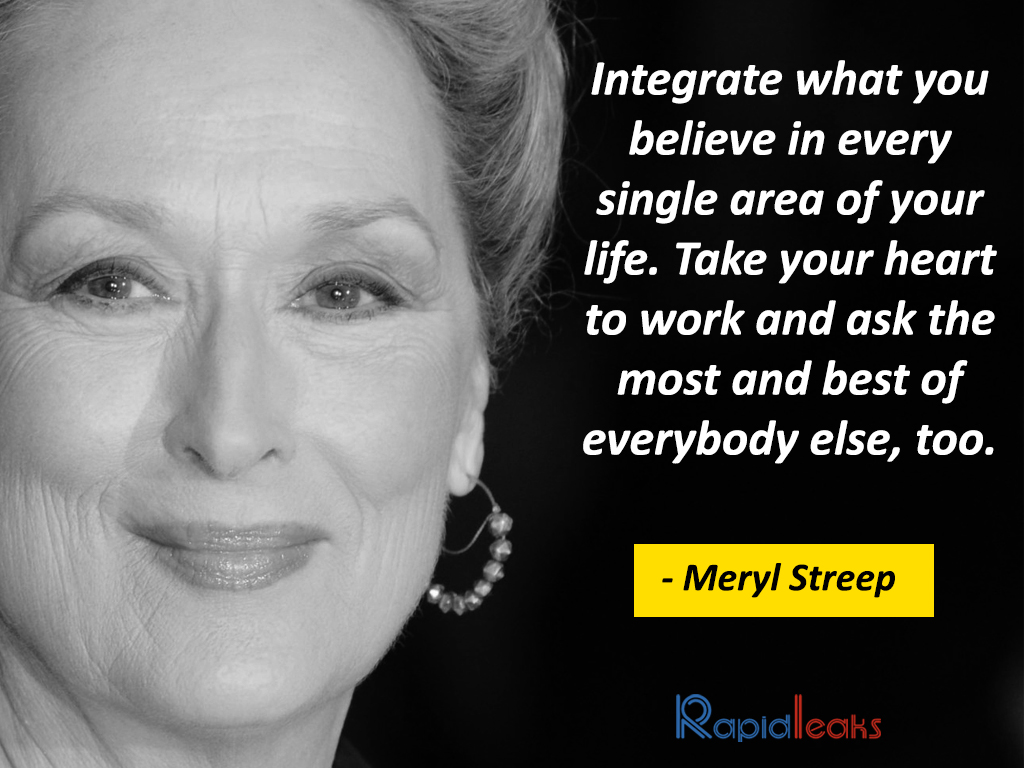 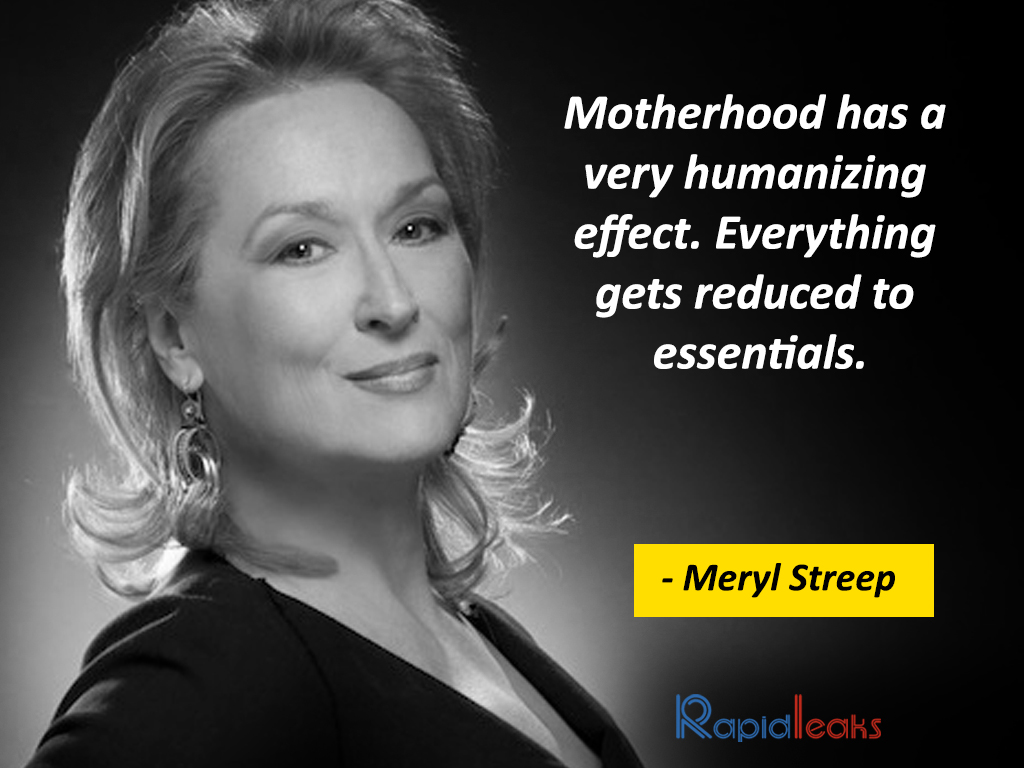 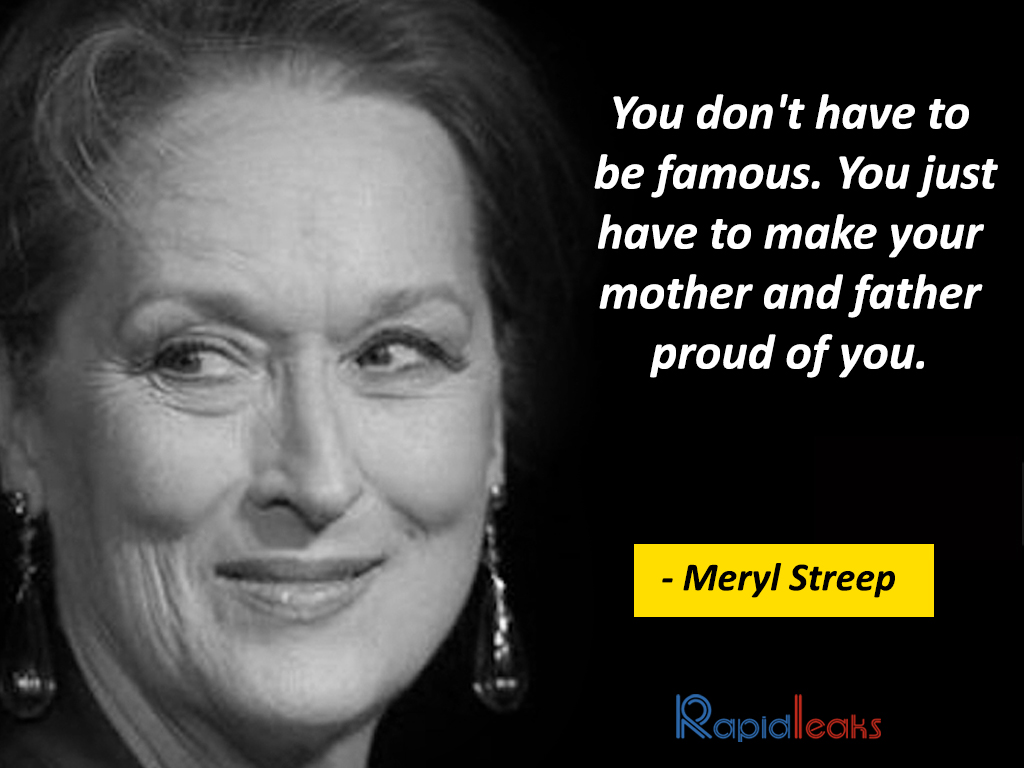 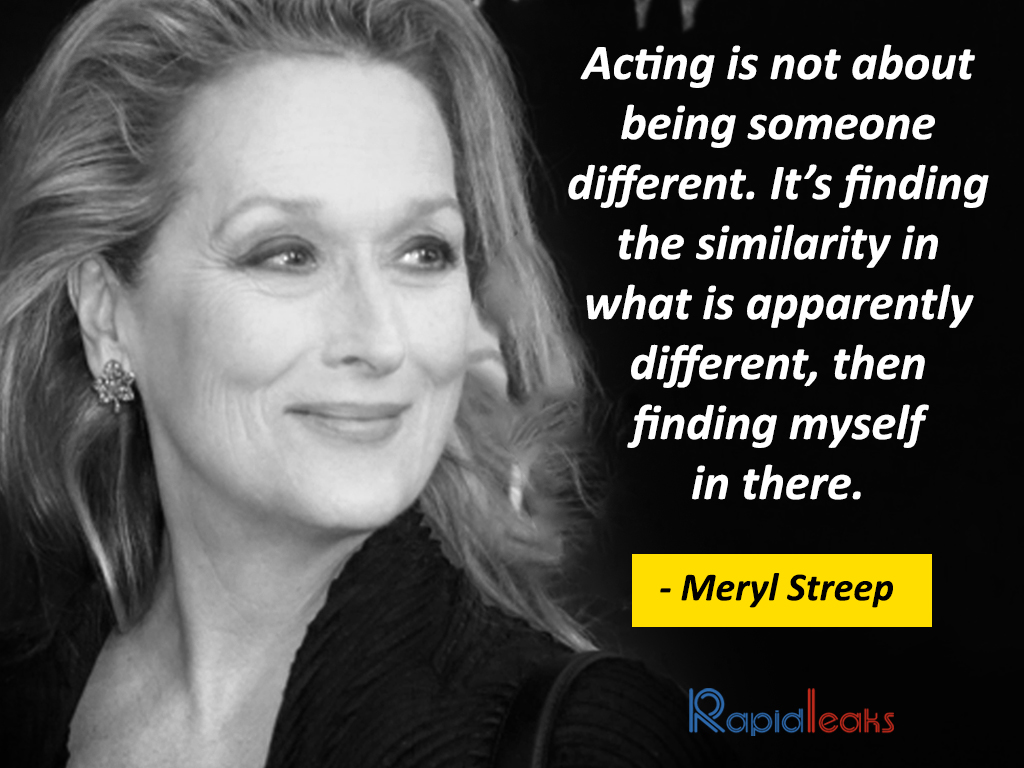