Home Entertainment Bollywood This is How Bollywood Celebrities Greeted Their Fans on 68th Republic Day... 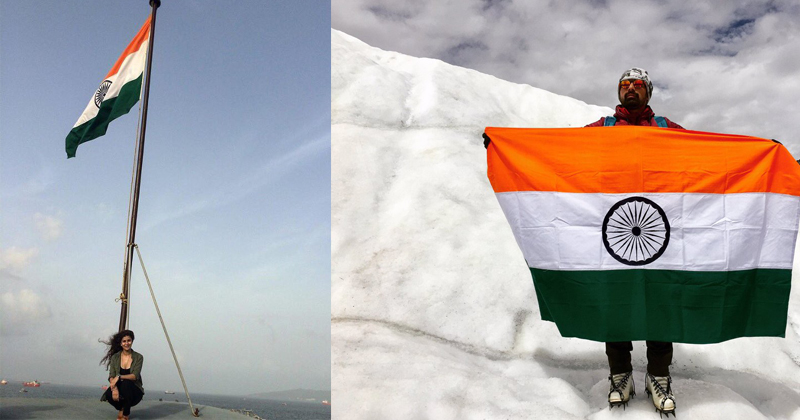 India celebrated their 68th Republic Day yesterday and even though the parade on Rajpath went with being under the weather, all carried out successfully.

The parade was witnessed by many, both in person and on t.v, and many celebrities came out and congratulated their fellow Indians on Twitter. Various celebrities like Lata Mangeshkar, Amitabh Bachchan, Aamir Khan and many others came forward with their regards.

Wishing everyone a very happy Republic Day !
Love.
a.

Let us remember the golden heritage of our country & feel proud to be a part of India today & everyday!! #HappyRepublicDay    #VandeMataram pic.twitter.com/uUieAw1as9

Proud to be an Indian. Jai Hind! pic.twitter.com/RPnkn9Jgr7

The love of one's country is a splendid thing.
But why should love stop at the border?#RepublicDay #Casals

Happy Republic Day to all my fellow Indians.

68th yr of our constitution..a gift from the hard struggle of our past. Value it with unity for our country. Jai Hind! Happy #RepublicDay

Aboard the mighty Viraat not so long ago. One of the best places to sit under, our glorious tricolour..Happy Republic Day all. #ProudIndian pic.twitter.com/tpyf4TSBZK