Home Entertainment Bollywood “Sultan: The Game”. Your Turn To Fight Like Salman Khan 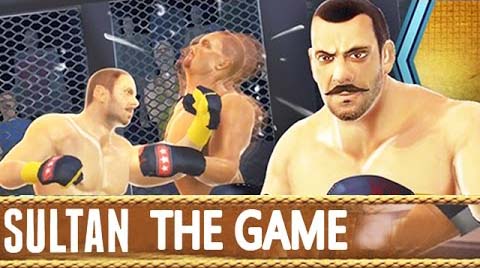 Salman Khan‘s “Sultan” is the Bollywood’s upcoming biggie and after entertaining us with an action-packed trailer the makers have launched a 3D version of the actor to take you by surprise.

If you are a Salman Khan fan then here is the biggest surprise for you. The 99Games and YRF have launched ‘Sultan: The Game’ and the game has a similar wrestling plot as the upcoming action flick. This is an action-centric game where players fight a pro wrestler “Sultan”. The game has been designed for the people who love a dose of adrenaline rush.

Watch The Teaser Of “Sultan: The Game” Here:

The Udupi-based gaming studio 99Games Online Pvt Ltd has developed this game which cost around Rs 1 crore. 99Games and YRF collaborated the third time to create an exclusive mobile game. Earlier they have come out with mobile games for ‘Dhoom: 3‘ and ‘FAN’.

99Games has developed 17 games with a total of 31 million downloads. They have bagged 14 awards under, their belt till now. The previous gaming version of ‘Dhoom: 3’ and ‘FAN’ clocked 24 million downloads, ‘Dhoom 3’ had 20 Million and ‘Fan’ had 4 million. The gaming studio expects 15 million downloads for “Sultan: The Game” which is targeted at the male audience between 15-30 years of age. The game is available for both Android and iOS devices.

The filmmakers have also come up with an exciting contest which gives you a chance to meet you favourite superstar Salman Khan, all you have to do is to download the game and start playing.

Directed by Ali Abbas Zafar, ‘Sultan‘ is set to hit the theatres on Eid this year.