Home Entertainment Bollywood Sanju Teaser Is Here And It Would Make You Want To Watch... 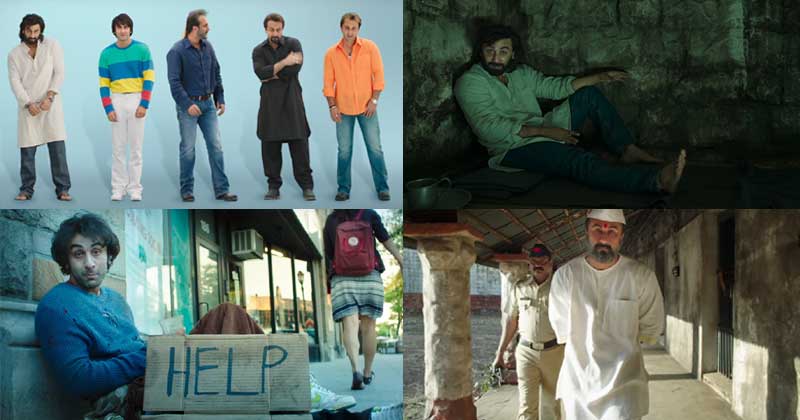 Sanjay Dutt is one of the very few Bollywood actors who has come forward their life story with sheer honesty. He hasn’t left any chapter of his life out from the public, it’s all there, under the controversy and shady headlines. Sanjay Dutt’s life has been nothing but a long roller coaster that has served various different lives of this single man to the public.

And, that exactly is the premise of Sanju, the biopic on Sanjay Dutt.

After months of curiosity, the makers have finally unveiled the Sanju teaser and it looks all sorts of epic. The teaser carries a very Raju Hirani aesthetic which brings in a lot of comedy, even while dealing with pain and hurtful moments.

The Sanju teaser opens up to Sanjay Dutt (Ranbir Kapoor) stepping out of the jail and narrating his story himself with certain ups and downs of his life, shown exactly the way they might have happened. The information about his life shared in the Sanju teaser is also a major point that intrigues the audience about the movie and its lead character. There’s a huge diaspora of the audience that doesn’t know much about Sanjay Dutt, yet, and they’ll be roped in by Ranbir Kapoor acting and charm.

Even though no supporting cast from the movie is shown in the Sanju teaser, the movie does feature a huge list of extremely talented cast, including, Paresh Rawal, Manisha Koirala, Anushka Sharma, Sonam Kapoor, Dia Mirza, Jim Sarbh, Boman Irani and Vicky Kaushal.

Along with the story and cast of the movie, the super-successful and loved Jodi of Raj Kumar Hirani and Vidhu Vinod Chopra is also exciting about the movie.