Home Entertainment Bollywood Pahlaj Nihalani Is Producing Julie 2 And This Makes Him The Sanskaari... 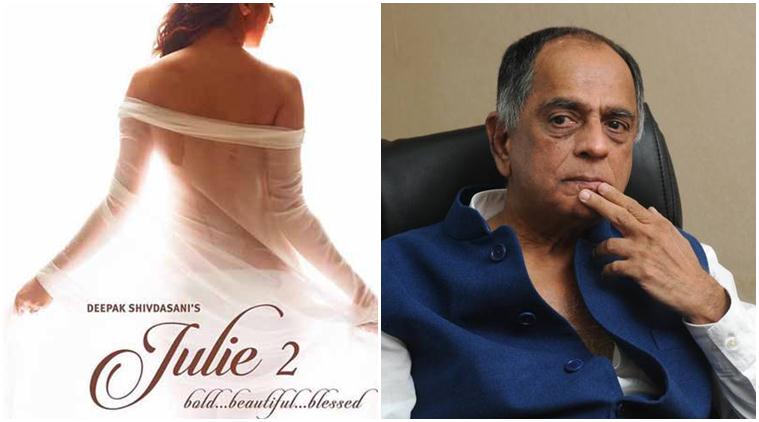 Pahlaj Nihalani is presenting Julie 2 and he wants it to get an ‘A’ certificate from the Board without any cuts.

Hypocrisy and Irony are something that everyone enjoys, every once in a while. And, that one in a while, is here. Pahlaj Nihalani, one of the most sanskari men in the country, and former Chairperson of Censor Board of Film Certification seems to have discovered some realities of life, I guess, after his exit. Less than 2 months after his departure, the first teaser and poster of Julie 2 were revealed, and it has a Pahlaj Nihalani’s contribution in big letters on it.

This is the same man who didn’t want the word intercourse in the trailer of ‘Harry Met Sejal’ and even banned the arrival of Lipstick Under My Burkha.

Check out the Poster Here:

Here’s the teaser of Julie 2:

Pahlaj Nihalani has also stated that he hopes to get an ‘A’ certificate for Julie 2, without any cuts. Just like us, many on Twitter are stating the same Hypocrisy of Pahlaj Nihalani and some of them are downright hilarious. Check them out, here:

No one would have given the #Julie2 poster a second look if it didn't say "Pahlaj Nihalani presents" in that point size. Shrewd move. pic.twitter.com/atsAy6CBlN

Former CBFC head Pahlaj Nihalani, who once
famously vowed to 'clean up' Indian cinema,
returns to the movie business. pic.twitter.com/FLoCpKIq0E

The irony is that under the new CBFC, Pahlaj Nihalani is mostly free to produce whatever kind of movie he wants.
As he should be.

Pahlaj Nihalani, the man who vowed to 'clean up' Indian cinema, returns to movies as the producer of this family entertainer. pic.twitter.com/db2PkUQheg

#Julie2 is a sanskaari woman.
– #PahlajNihalani

Palhaj Nihalani's new film is destroying our Culture and our Sanskaars so I've made some options for the poster. pic.twitter.com/nhON3anQcU

Pahlaj Nihalani, the man who vowed to 'clean up' Indian cinema, returns to movies as the producer of this family entertainer. pic.twitter.com/db2PkUQheg

A cinematic masterpiece will be 'exposed' on October 6 by the legendary film-maker of our times, Pahlaj Nihalani. Espousing Indian culture. pic.twitter.com/85Z3thNrEd

Who could have guessed? Right?