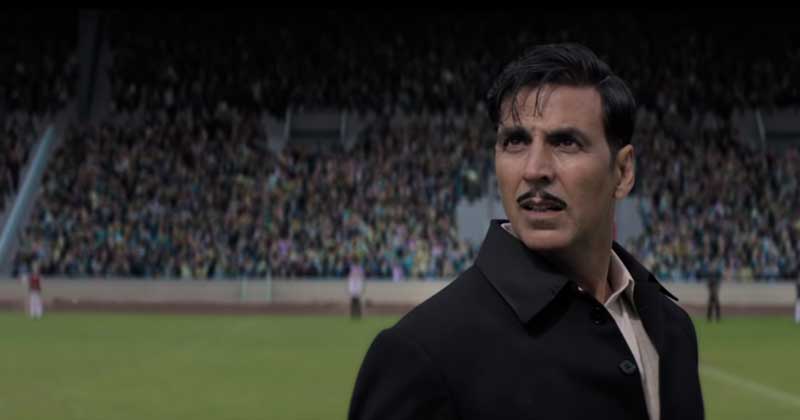 The first Gold teaser was released, way back in February and fans have been longing for a full-fledged Gold trailer ever since. And, the makers have finally unveiled it and it looks all sorts of perfect.

Inspired by a true story, the movie is based on post-independence India and their quest to won a gold for the new India, the one which is not under the British Raj.

The Gold trailer opens with a voice-over announcing the words, “Gold, British Indian,” and an intense-looking Akshay giving ‘the stare’ to the British flag. Following this start is a good mix of sports, patriotism and overall excitement of the movie. While the teaser failed to establish other characters from the movie, makers have rightly given few seconds for each and every pivotal character in Gold.

Apart from Akshay Kumar, Gold also has actors like Mouni Roy, Kunal Kapoor, Vineet Kumar Singh and Amit Sadh. Mouni Roy plays Akshay Kumar’s wife in the movie, and though she only had 5 seconds of screen time in Gold trailer, we’re sure she’ll excel her role, much like her past roles in the TV industry. Gold also happens to be Bollywood and feature film debut for Mouni Roy and the fact that she’s playing a Bengali woman, which she also is in reality, make things a bit easier for her.

Along with Roy, actors like Kunal Kapoor, Vineet Kumar and Amit Sadh have proven their acting talent in the past, which makes the entire project even more interesting than what it already is.

Earlier it was speculated that Gold is Biopic, though Ritesh Sidhwani, the producer of Gold, has stated “It is not a biopic. It is a completely fictional story but it is set against a real backdrop between 1933-48 India about what the country was, the sports… About hockey. It is not based on any character.”

Reema Kagti is the director of Gold and she has previously helmed movies like Honeymoon Travels Pvt. Ltd. and Talaash.

Gold has been slated for an Independence Day release which also marks 70 years of free India’s first gold medal at the 1948 Olympics.