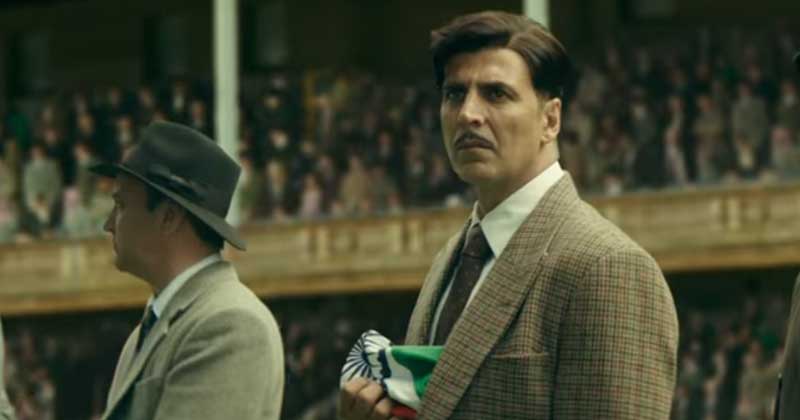 If you want to make or see a patriotic movie from the current era then trust no-one but Akshay Kumar to perfectly encapsulate his roles and stories for the audience.

The Gold teaser was released yesterday and has already opened to a great response from the audience. The movie is based on post-independence India and their quest to won a gold for the new India, the one which is not under the British Raj.

The teaser opens up to Akshay’s character’s narration who says he holds only two things dear – Hockey and his country. Through voice-over narration, the character remarks that though India has three gold medals, they were all won under British rule. So, he promises to put together a team that will bring India glory with its first-ever gold medal as a free nation in 1948 at the 14th Olympic Games at London.

Filled with small yet powerful and dramatic clippings from the movie, Gold teaser is just jam-packed with everything that would make the audience visit the theatres to see the movie.

While earlier it was reported that Gold is based on the life-story of Former Hockey player Balbir Singh Sr., Ritesh Sidhwani (the producer of the film) denied it being a biopic. He said, “It is not a biopic. It is a completely fictional story but it is set against a real backdrop between 1933-48 India about what the country was, the sports… About hockey. It is not based on any character,” as reported by Hindustan Times“.

Along with Akshay Kumar, the movie is also the Bollywood debut of TV star Mouni Roy. Plus, Kunal Kapoor and Amit Sadh can also be seen in pivotal roles.

The film is produced by Ritesh Sidhwani and Farhan Akhtar’s Excel Entertainment and directed by Reema Kagti. Many are already rooting for the movie and calling it a perfect Independence day release, since it would hit the theatres on August 15th, 2018.