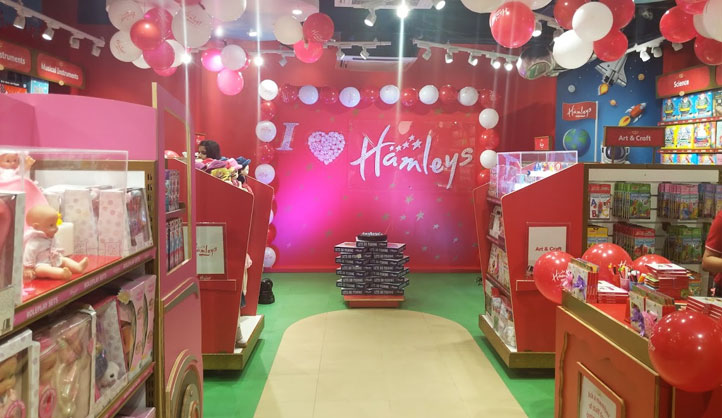 Not a popular quote but rather a statement of fact: how quickly does time fly away. Does it not?

It was just in the month of May that Hamley, one of the world’s most noted toy stores, and in fact, England’s very own and largest toymaker was bought off by Reliance for a staggering $88.6 million.

The new change in ownership and global exchange of hands would’ve meant that somewhere things might have slowed down and that operational efficiency would be paramount at Hamley’s over some period of time.

But can that ever be possible when Reliance control things from the helm? No, right?

And here it is. Hamley’s 100th store in India just opened a few hours back signifying a pretty stupendous growth rate since the time the May operation marked new ownership for the English toymaker.

There’s little surprise why most national publications and leading journals are crediting Reliance with bringing about a great turnover for the famous brand, with The Times of India, going gung-ho in its appreciation of the Mukesh Ambani group, writing, “This is a milestone reached barely weeks after Reliance completed the acquisition of the iconic British toymaker.”

But at this point in time, it is worthwhile to rewind back the clocks and visit the period when Hamley’s first entered India. Well, to that end, it was 2010 and the first-ever store of the noted brand was at Mumbai’s famous High Street Phoenix, a growing and glowing commercial establishment in the middle of central-south Mumbai, the city that’s home to the Reliance headquarters.

Today, the mega development-Hamley’s 100th store in India- sees one famous shop coming up over at Gurgaon’s MGF Metropolitan Mall, a crucial part of the Delhi NCR.

Insofar, Reliance operates exactly 100 stores in 36 Indian cities, some of which include- Delhi, Gurgaon, Mumbai, Bangalore, Chennai, and the likes.

Where the statistical output stands then, each year, over 3 million families visit one of the 100 Hamley’s stores operating all across India. If anyone wanted to know the smooth flow of a top business operation, then look no further.

But Reliance’s involvement with Hamley’s- now, comfortable to say a household name in India- doesn’t stop there. It is known that during the month of May, the iconic Mukesh Ambani brand, that just recently opened the 100th Hamley’s store in India- signed a definitive agreement to acquire a 100 percent stake in Hamley’s Global Holdings.

This development notwithstanding, the market is already rife with talks about how Amazon, among the world’s most renowned brands, is going to forge a business alliance with Reliance, in a bid to counter the growing stature of Walmart, the famous American mega-retail giant. Although, none of the businesses have been able to submit a comment as on date, with Reliance stating that any future development on that regard will be told to the stock exchanges.