So the big hot-selling news at this point in time concerns that very car company that you already know a lot about. That carmaker who lean machines are not only comfortable but are a standard choice for when one wishes to go for the long-run. In a country where there’s hardly any dearth of good, dependable wagons, Hyundai cars have, quite frankly, etched a special place for themselves in an exceedingly competitive market where the likes of Tata Motors, Mahindra and Mahindra and the likes are common or everyday competitors.

But surely, the last two months have been a period marked by peril nightmare. Thanks to the massive and absolute suspension of all manufacturing and production activities, one of the most dynamic sectors in all of India, a massive contributor to the national GDP, has been on the back-burner and been keeping rather quiet.

The auto sector may not have imagined what 2020 would bring to the surface. Right? But then, the same goes for the other sectors in the country that is already in the midst of an economic slowdown, something that you’d deny given you are a naysayer of all things that seem to point to some sense.

Yet, there’s good news. This good news is akin to the classic phrase, that ‘there’s always light at the end of the tunnel!’

In that respect, be rest assured that the bright days are seemingly returning for the automakers or car manufacturers.

Take the case of the famous Hyundai cars, for example. They are saying that, and even reports have confirmed, that probably now is the right time to go and get yourself a car.

Yes, you read that right, sans an error.

So why is it that May 2020 could possibly be the best time to get oneself a Hyundai wagon?

Here’s what Autocar India, one of the most widely-followed and massively-read journals had to say in the light of what can only be called an exciting development from the stable of the Korean carmaker:

Hyundai has rolled out special offers on a number of its models all through May 2020. The offers are extended to select buyers who are medical personnel, teachers, chartered accountants or corporate employees. The offers can be availed via the brand’s online sales platform.

In fact, it can most certainly be said that in a bid to revive the negative or increasingly fledgeling fortunes given the lack of sales, starting March 2020 onward, there are also a list of financial schemes that the famous carmaker has decided to put on offer.

For instance, have a read of a part of report that was carried out by famous publication- Business Standard:

Customers can opt for Low EMIs for the first 3 months and the balance amount in equal EMIs on loans with a tenure of three, four or five years. This scheme is valid for all Hyundai models.

In that regard, it is pertinent to understand what the “Step-up” scheme by Hyundai has for the prospective car buyer?

Read Also: Why Has The Production Of Honda Cars Been Delayed?

Under this scheme, customers can opt to pay a low EMI of Rs 1,234/lakh in the first year on a loan with a seven-year tenure. From the second year onwards, the EMI would increase by 11 per cent every year, till the end of the loan tenure. This scheme is valid for all Hyundai models.

As a matter of fact, there are some variants under the Hyundai banner that are even offering a massive discount worth Rs INR 1 lakh. 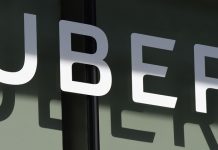 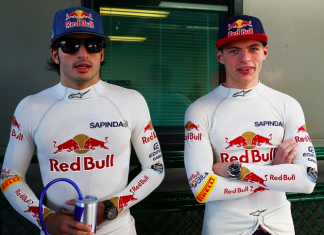