Home World The 10 Richest Countries In The World 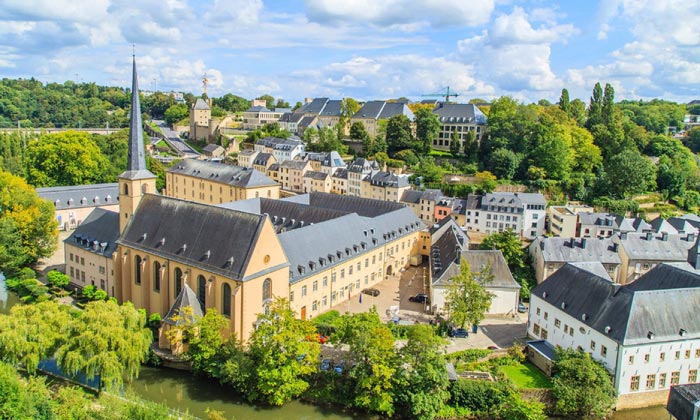 For this ranking, the gross domestic product per inhabitant in the year 2018-19 is the decisive factor. Let us Begin.

Denmark has made it to the top ten richest countries in the world with $60,692.42 as per capita income. The Danes have $98,317.33 in financial assets per inhabitant.

Of course, the land of unlimited possibilities and the ‘Great American Dream’ will not be missed out in this ranking. If one were only to look at the gross domestic product of any country, the USA would be by far the richest country. Since this is not the case in this ranking, it is enough for the US with a GDP of $62,605.59 per capita to settle only for ninth place.

Singapore holds the eighth spot even after being a much smaller state. GDP per capita in the city-state was $ 64,041.42. The average financial wealth of the residents of Singapore was $100,968.24 and thus in seventh place worldwide.

When it comes to rankings that deal with wealth, this emirate will not miss out. Gross domestic product in Qatar was $ 70,779.52 per capita. Despite the huge oil revenues, the country’s GDP does not even make it into the top ten.

The state from the far north is also one of the richest countries in the world. Iceland owes that to a GDP of $ 74,278.17 per capita. The small population contributes a lot to the GDP of Iceland.

As far as the wealth of its inhabitants is concerned, Ireland, with an average of $ 52,816, is well behind Israel, whose inhabitants have private assets of $76,530.92. In terms of gross domestic product per capita, the republic is worth $ 76,098.59, ahead of the state from the Middle East.

With Norway, another state from Europe has made it into the top ten. For every inhabitant, the Scandinavian state had a GDP of $ 81,694.63. However, the average financial wealth of the Norwegians is just $ 26,074.64 which is not as high as that of some other ranking participants.

There is another country from Asia in the list of the richest countries in the world. Macau was a former Portuguese colony and now a Chinese special administrative region. Macau’s major earning sources are Tourism and Gambling. Gross Domestic Product in Macau in 2018 was $ 82,387.75 per capita.

The country known worldwide for its banks is the second richest country in the world. However, with a GDP of $ 82,950.28 per capita, Switzerland is only just ahead of Macau. With their gross domestic product of 703.75 billion dollars, the Confederates are also among the 20 countries with the highest GDP. As for the per capita financial assets, the Swiss are in first place with $191,566.76.

The richest country in the world is Luxembourg. The small European state has a gross domestic product of $114,234 per capita. The gap to the second-placed Swiss is thus enormous. This makes Luxemburg top the list of the 10 richest countries in the world.

For comparison: The gross domestic product per capita in the Federal Republic of India in 2018 was $2,041. India occupies 139th place in the ranking of the richest countries worldwide.