If you are in Australia, then you can have absolutely all the right in the world that there is to elect the kind of government and increasingly so. Not that this wasn’t a right before. But just that in a recent survey conducted across the country, a vast majority of Australians have elected to support banning any kind of misleading political advertising.

Apparently, around 84% of Australians support the idea of banning any sort of misleading political advertising, something that springs to life especially during the time a country goes on national voting with candidates forming various advertising campaigns on which to exercise their wish to come to power.

The said survey was conducted by the Australia Institute.

A detailed report published in the venerable Guardian newspaper elaborated on the various perspectives, such as the media platforms that form a part of the voting process and the advertising standards bodies’ and other elements:

The research paper noted that truth in advertising laws operate in South Australia, where the Electoral Commission can request material be withdrawn and retracted and financial penalties apply, and New Zealand, where the media industry is self-regulated by an advertising standards body.

It argues that industry bodies including Free TV Australia and the Advertising Standards Bureau could regulate truth in advertising, preventing the Australian Electoral Commission from being drawn into the contentious political process of adjudication.

On the basis of the sample study done on various Australians, the following measures came to light in the event of the survey’s finality:

3) Interestingly, 90% of the Australians supported the proposition that corrections should be run across all media touch-points in the event of newspapers, TV channels and different social media platforms publishing misleading ads pertaining to a politician.

That said, perhaps it’s about time that a formal think-tank runs a similar survey in India, which happens to be the world’s largest democracy and where all sorts of misappropriations and false promises often form part of various politicians’ campaigns during the time of the elections.

While India is often described light-heartedly a country of Cricket and Bollywood movies, two twin religions outside the mainstream religions, during the event of the national elections, the entire country is submerged in what can only be described as a mega political festival of sorts.

And thanks to the advent and rise of social media- becoming increasingly the dominant media and platforms of interpersonal communication of our times- voter manipulation increasingly becomes a common phenomenon.

Since the overall development of India fundamentally means taking “Vikas,” i.e., development to the last mile of a sleepy town, it is but pertinent that India’s 900 million-plus voter base is subjected to communication pieces and self-promotional campaigns that are based on nothing else but the truth. Because when we elect a political candidate, exercising our right to vote him or her to power, we end up electing an irreplaceably important fragment of democracy; something that represents us and the values we stand for. 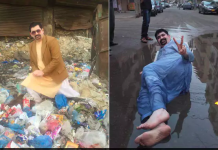 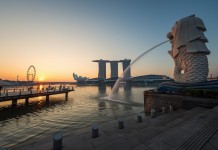 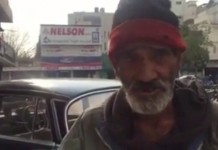 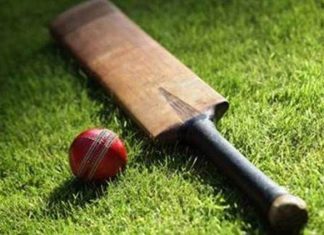