We understand Washington to be the home of perhaps the most significant of all political buildings. Without a doubt, the White House. We also understand Washington to be the firmament of America’s political establishment. Moreover, Washington is also credited with being the visceral power to the heartline of America’s defence establishment. You know it for the Capitol Hill and you regard it for the Pentagon.

But now, Washington is holding media attention, regardless of geography for having opened a symposium of immense religious relevance.

No matter who you are- a scholar finishing a final paper on the path-breaking study of the god particle, a bass-guitarist in a punk band, a conservative fisherman in Idaho, a stockbroker in London or an entrepreneur busy winding up a hectic day at Manhattan square- all eyes are set in the direction of Washington. 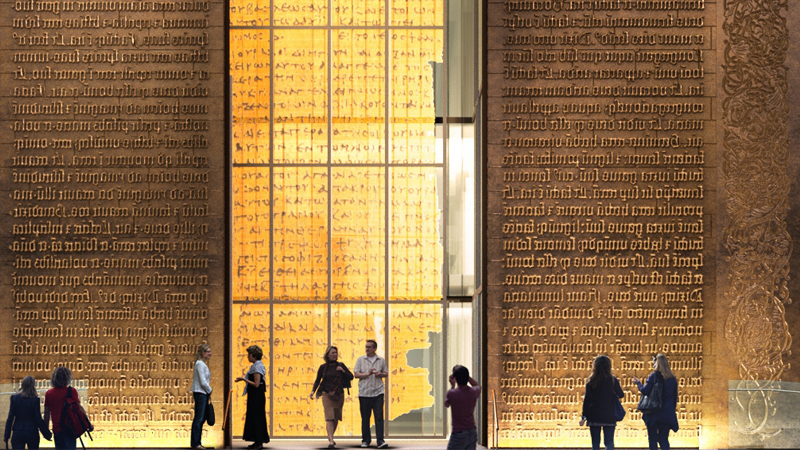 After all, Washington has just recently opened $500 million worth Museum of the Bible. Would you believe it?

It is an idea to deeply important and arresting to followers of all faith that it doesn’t really matter whether you are an orthodox Jew or a conservative Muslim, this new repository of Christianity is gaining a lot of traction in Washington.

After enduring a great deal of controversy, construction and development- Washington finally opened its doors to welcome visitors to bathe in an enormously interesting visitation to the Museum of Christianity. That the museum came to life thanks to efforts of billionaire Hobby Lobby President Steve Green who directed a whopping amount towards creating an iconoclast representation of one of the most keenly-followed religions (spread over an area of 430,000 square foot) is making a lot of news.

Some interesting pieces that are stocked inside Washington’s Museum of the Bible include towering bronze gates inscribed with text from the Gutenberg Bible and a soundscape of the 10 plagues.

While any museum attracts swarms of people from the perspective of engaging with interesting interludes or isolated events of history, the Washington-based Museum of the Bible, one feels has a greater, more evolved purpose, if it could be said so. Purists state that one of the hallmark aims behind coming up with such a brilliant concept is to educate people about the Bible’s broad influence- a facet that can be felt regardless of continents and geographical divides between man.

So if the world and teachings of the great benevolent spirit- Jesus Christ of Nazareth excites you and enamours you- then visiting Washington’s newest great eye-feast to globetrotting tourists and travellers and enthusiasts is a must. The museum is replete with tonnes of reading material that aim to educate a visitor with the intricate, sophisticated and well-meaning, cultured, humane teachings of the great Jesus Christ.